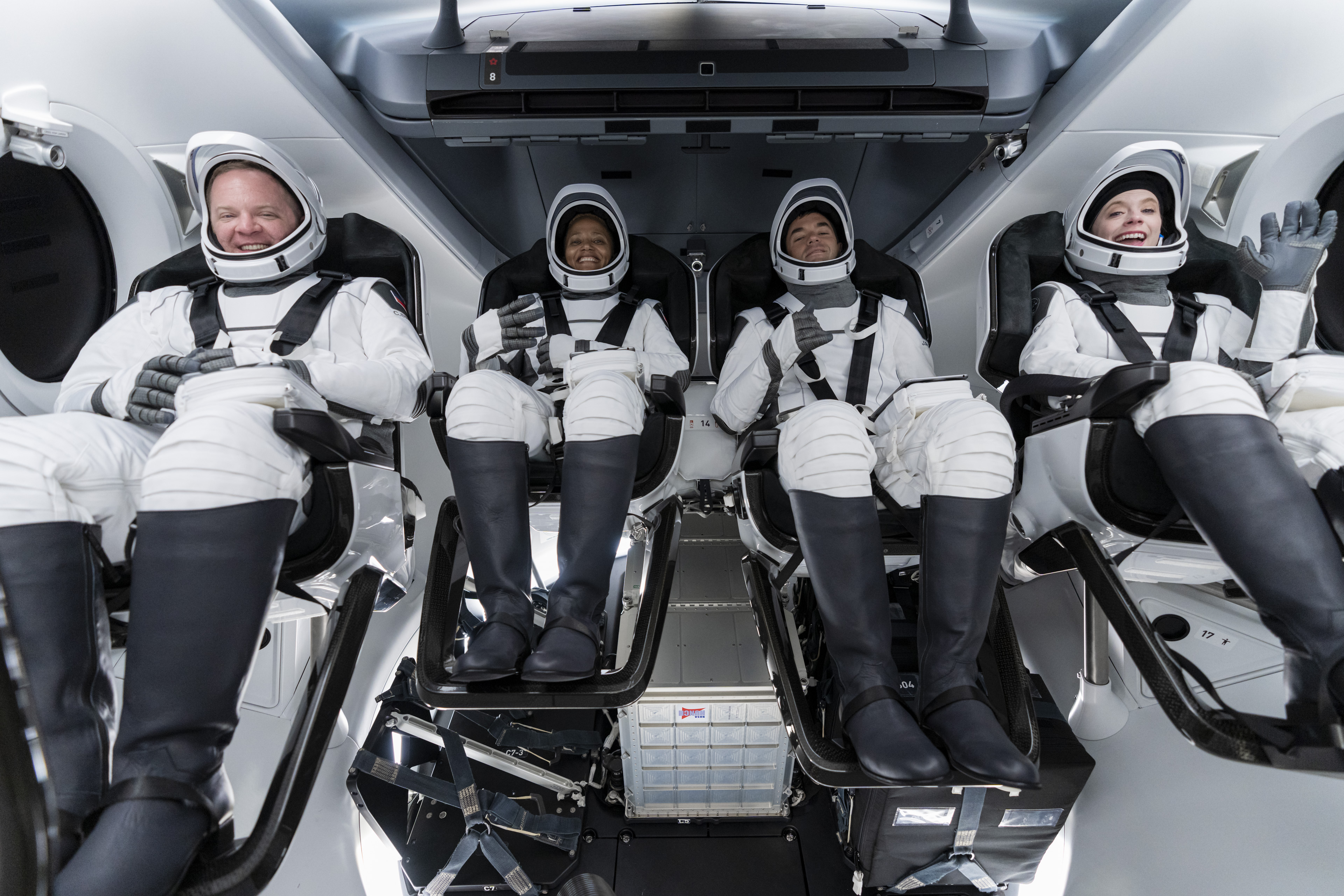 The all-civilian Inspiration4 crew is carrying a special package to space in their personal equipment — a digital copy of an independent artist’s song about finding meaning in existence.

Independent singer-songwriter Foxanne saw her song “I Could Go On” rocket to space on Sept. 15 when the Inspiration4 mission launched to Earth orbit atop a SpaceX Falcon 9 rocket from NASA’s Kennedy Space Center in Florida. (Full disclosure: Foxanne, whose real name is Chelsea Gohd, is also a senior writer at Space.com. Additionally, the song is not an official part of the Inspiration4 mission.)

Inspiration4 mission pilot Sian Proctor, a geoscientist, science communicator and Afrofuturism space artist, who is a friend of Foxanne, carried the single and other songs on a personal playlist as the crew circles Earth for three days at an altitude of 357 miles (575 kilometers). That’s almost twice as high as the typical International Space Station orbit of 200 miles (450 km). (Note: this personal playlist is separate from the mission’s official Spotify playlist that the crew shares.)

If you want to listen to the new indie-pop single for yourself, you can check it out on Spotify, Apple Music, Bandcamp and most other streaming services.  A music video for “I Could Go On” will also be released on YouTube; it was filmed at the Liberty Science Center’s Jennifer Chalsty Planetarium in New Jersey. Foxanne’s music is also available on TikTok.

Proctor and Foxanne got to know each other during the two-week Sensoria M2 space analog mission in November 2020, at the HI-SEAS (Hawaii Space Exploration Analog and Simulation) habitat on the side of the Hawaiian volcano Mauna Loa. The Sensoria series of missions aimed to bring forward underrepresented groups in space exploration, with all missions being female-led and female-majority.

“Analog missions like these allow scientists and researchers to conduct experiments in a unique Mars mission-esque environment and often, institutions like NASA collaborate on research done at analog facilities,” Foxanne wrote in May in a story discussing a documentary she produced about the Sensoria M2 simulated Mars mission for Space.com.

Proctor supported Foxanne’s crew of five as the role of mission control. Proctor, a finalist for the 2009 NASA astronaut selection, has also served on several space analog crews and done outreach science communications on diversity and representation. (She was selected for Inspiration4 following the success of an inspiration video she created about her work and her “Space2Inspire” shop, which offers postcards and prints of her Afrofuturism space art to encourage conversations about women of color in the space industry.)

Foxanne is a longtime space music enthusiast, having made a song about the stranded Opportunity rover on Mars and releasing a single including Red Planet sounds recorded by another rover, Perseverance. Foxanne’s debut studio LP “It’s real (I knew it),” was released in December 2020; Elephant Talk Indie named the record a top album of the year.