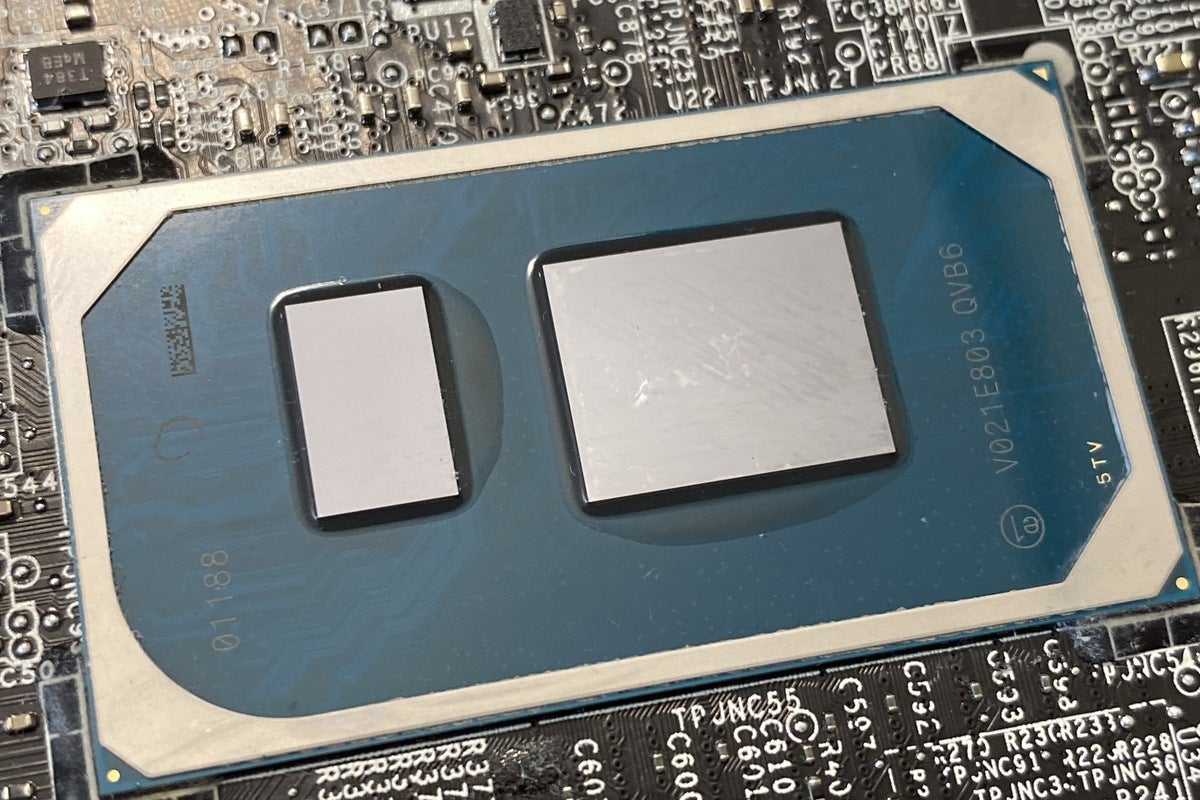 Intel announced its first 5GHz 11th-gen Tiger Lake-U Core chip for notebook PCs on Sunday night, complementing it with the company’s first 5G module designed specifically to work with its existing Wi-Fi 6E technology. The announcement was tied to Computex, the Taiwan hardware showcase, which has been replaced by a virtual event for the second straight year.

Both new chips fall into what Intel is calling its “UP3” category—what was known previously as “U” series of chips that are designed for general-purpose notebooks. Intel said that more than sixty designs based on the Intel Core i7-1195G7 and Intel Core i5-1155G7 are expected by this holiday season, with laptops from Acer, Asus, Lenovo, and MSI available this summer. Nearly 250 designs powered by 11th-gen Intel Core U-series processors are expected by this holiday season, Intel said in a statement.

Otherwise, little has changed. The new additions bring the number of Intel Tiger Lake-H UP3 chips to seven, in addition to the five Intel launched last September.  In our review of the first mobile Tiger Lake chips, we found it went toe to toe with AMD’s Ryzen 4000 mobile processors. In part, that’s because of the chip’s SuperFIN transistor design, which rolls up significant performance improvements.

Here’s the breakdown of all of the new Intel Tiger Lake mobile chips for general-purpose notebooks, as supplied by Intel.

Intel has made claims about its relative performance before, but provided some new benchmarks for comparison. Here’s how it sees the new Core i7-1195G7 shaping up to the competition, the Ryzen 7 5800U. It’s important to note, however, that Intel’s chip is running at between 28W to 35W, while the Ryzen is operating at between 15W to 25W. More power generally equates to higher performance.

Intel also included a list of how it expects its new chip to perform on content-creation tasks, too. In both gaming and content creation, a processor will benefit from driver optimizations as well as the general design and speed of the processor itself. But content creation brings with it other “soft” advantages, too, namely specific functions that processor vendors can accelerate directly within hardware. Intel provided a long list of specific functions that its Tiger Lake chips perform in hardware and the Ryzen chips do not, most involving the H265/HEVC codec. This, in turn, has dramatic effects on content-creation benchmarks, Intel claims.

There’s something new from a platform level as well. Dating back to Intel’s 10th-gen Ice Lake chips, Intel has evangelized Wi-Fi 6E, the evolution of Wi-Fi 6 that adds a special 6GHz frequency band that can be used either as a wireless backhaul or simply for high-frequency communication. Ayaneyo, a startup handheld console maker, recently announced that its handheld would include the AMD RZ608, AMD’s first Wi-Fi 6E module.

Coincidentally, Intel chose to announce its first 5G solution at Computex. The M.2 5G Solution 5000 card includes software designed by Intel, specifically to work with its own Wi-Fi 6E silicon. After fumbling its own 4G radio development, former chief executive Bob Swan said then that Intel was trying to decide what to do with its 5G investment. The 5G Solution 5000 card is apparently the answer.

Neither AMD’s RZ608 wireless module nor Intel’s 5G card are actually made by Intel or AMD, however. Anandtech reported that the RZ608 is actually a rebranded Mediatek module. Intel acknowledged that its module was manufactured by Fibocom, with firmware authored by Mediatek.

Does the maker of the wireless module matter? Of course not. Interestingly, the real leader in the 5G PC space is still Qualcomm, though the company’s Snapdragon chips still lag behind both AMD and Intel in CPU performance.

The pandemic bought the PC industry a year or so of cushion on 5G demand, while most people worked from home. Many will continue to work remotely even as the nation gradually reopens. However, for those Americans who return to the office, and the daily grind of commuting, and maybe even business travel, mobility will matter once again.