Intersection of Trauma, Race in Pregnancy Calls for More Study 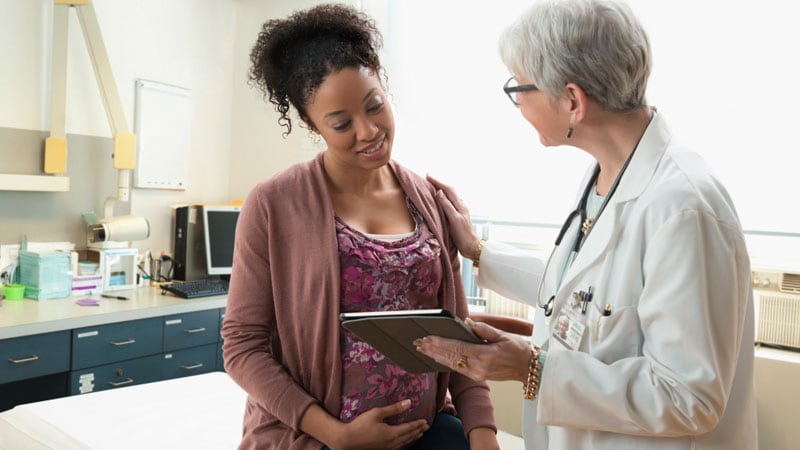 Black patients experienced more moderate to severe violent trauma during pregnancy than did non-Black patients at a single Baltimore institution, according to a small retrospective cohort study presented in a poster at the 2021 virtual meeting of the American College of Obstetricians and Gynecologists.

“Trauma is the leading nonobstetric cause of death in pregnant women,” and Black communities are at a disproportionately greater risk of trauma, Rebecca H. Jessel, MD, of Icahn School of Medicine at Mount Sinai in New York, and associates wrote in their poster.

“This is an interesting study that opens a line of inquiry into how trauma may impact the pregnancies of those who are Black differently,” Shah, who was not involved in the research, said in an interview. “The observed disparity is consistent with the racial inequities in outcomes we see across obstetric outcomes and requires further research into the causes and solutions.”

The researchers retrospectively reviewed all pregnant patients treated between 2015 and 2018 at the University of Maryland’s R Adams Cowley Shock Trauma Center in Baltimore. In addition to maternal demographics, details about the delivery, and perinatal outcomes, the researchers noted whether the trauma was violent, such as assault, or nonviolent, such as motor vehicle accidents. Moderate to severe trauma was defined as an injury severity score of at least 9.

Among 3,536 women aged 15-49 treated at the shock trauma center, 62 were pregnant, and 71% of these women were Black. Nineteen percent were White patients, 5% were Asian patients, and 5% were of a different race/ethnicity. Black patients were, on average, 27 years old at the time of the trauma. Non-Black patients were, on average, 25 years old. The average gestational age at the time of trauma was 25 weeks, 3 days in Black women and 23 weeks, 4 days in non-Black women.

The most common cause of trauma was a car accident, implicated in 56% of the trauma cases. Assault was the next most common cause of trauma, making up nearly a quarter (23%) of cases. The other injuries came from accidents (16%) or inhalation (5%). The average injury severity score was 4.7, with a mild injury for 76% of patients and a moderate to severe injury in 24%.

“It is very notable that among pregnant people who experience trauma, obstetric complications leading to preterm delivery were observed much more often for those who are Black,” Shah said. “A case series to understand the underlying causes could be very valuable.”

Though the poster did not show the data, the researchers wrote that Black women who experienced moderate to severe trauma after 24 weeks’ gestational age either had a preterm birth or a fetal demise.

Though the study findings warrant deeper investigation, the study has substantial limitations.

“It is challenging to generalize from this study because the sample size is small and it is from a single institution,” Shah said. “It does not appear to be adequately powered to draw statistically significant conclusions. In particular, the data are not adequate to support the authors’ statement that Black people are more likely to experience the forms of described trauma generally.”

The authors and Shah reported no disclosures.