Is murder upswing starting to abate? Some US cities see declines. 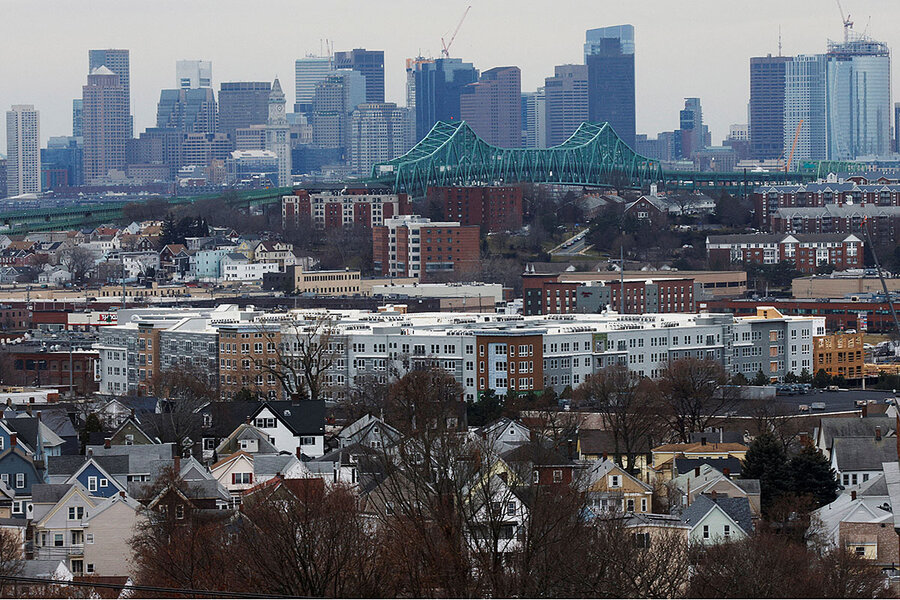 Boston, seen here on Dec. 29, 2021, is among the U.S. cities where murder rates fell in 2021, countering the national trend. The homicide rate fell 28% in Boston for the year, and declined by double-digit rates in a number of other cities including Miami, Dallas, and Seattle.


Despite a second straight year of rising homicides in 2021, last year’s violent crime data show some reasons for hope.

First, even though the homicide rate rose again, it slowed down. During the first three quarters of 2020, there was a 30% year-on increase in the homicide rate, according to research from the Council on Criminal Justice. In the same period last year, it rose only 4%.

Second, that rise hasn’t been uniform. Homicides rose in almost every major city in 2020 – as gun deaths hit an all-time high – but that wasn’t true in 2021. Some cities – like Portland, Oregon; and Albuquerque, New Mexico – still had major increases. But others, like Boston and Dallas, had major dips.

Declining homicide rates in some U.S. cities hint at hope amid concern about a jump in violent crime. The reasons may range from improved policing to an easing of pandemic stresses on society.

That’s reason for optimism, says Richard Rosenfeld, a criminologist at the University of Missouri, St. Louis. Nationally, he says, it suggests that the trends driving up violent crime  – like the COVID-19 pandemic and social unrest – have started to wane.

“What, generally speaking, we’re seeing in most but perhaps not all places is an unraveling of some of the conditions that gave rise to the increase in ’20,” says Professor Rosenfeld.

Beyond that, numbers that vary city by city tend to have city-by-city explanations. Improved policing seems to be the answer in some cities, and community-based interventions may also be playing a role, though their effect is less certain.

Despite the overall rise since 2019, America’s homicide rate is still far below the violent crime peaks of the 1990s. A more nuanced national picture in 2021, says Professor Rosenfeld, may suggest future increases aren’t inevitable.

Monitor journalism changes lives because we open that too-small box that most people think they live in. We believe news can and should expand a sense of identity and possibility beyond narrow conventional expectations.

Our work isn’t possible without your support.

About a year ago, I happened upon this statement about the Monitor in the Harvard Business Review – under the charming heading of “do things that don’t interest you”:

“Many things that end up” being meaningful, writes social scientist Joseph Grenny, “have come from conference workshops, articles, or online videos that began as a chore and ended with an insight. My work in Kenya, for example, was heavily influenced by a Christian Science Monitor article I had forced myself to read 10 years earlier. Sometimes, we call things ‘boring’ simply because they lie outside the box we are currently in.”

If you were to come up with a punchline to a joke about the Monitor, that would probably be it. We’re seen as being global, fair, insightful, and perhaps a bit too earnest. We’re the bran muffin of journalism.

But you know what? We change lives. And I’m going to argue that we change lives precisely because we force open that too-small box that most human beings think they live in.

The Monitor is a peculiar little publication that’s hard for the world to figure out. We’re run by a church, but we’re not only for church members and we’re not about converting people. We’re known as being fair even as the world becomes as polarized as at any time since the newspaper’s founding in 1908.

We have a mission beyond circulation, we want to bridge divides. We’re about kicking down the door of thought everywhere and saying, “You are bigger and more capable than you realize. And we can prove it.”

If you’re looking for bran muffin journalism, you can subscribe to the Monitor for $15. You’ll get the Monitor Weekly magazine, the Monitor Daily email, and unlimited access to CSMonitor.com.

Read this article in
https://www.csmonitor.com/USA/Justice/2022/0111/Is-murder-upswing-starting-to-abate-Some-US-cities-see-declines

What Is XClass TV?
Researchers create molecular device that can record and alter cells’ bioelectric fields without creating damage