Is Zack Bia Dating Madelyn Cline After Her Split From Chase Stokes? 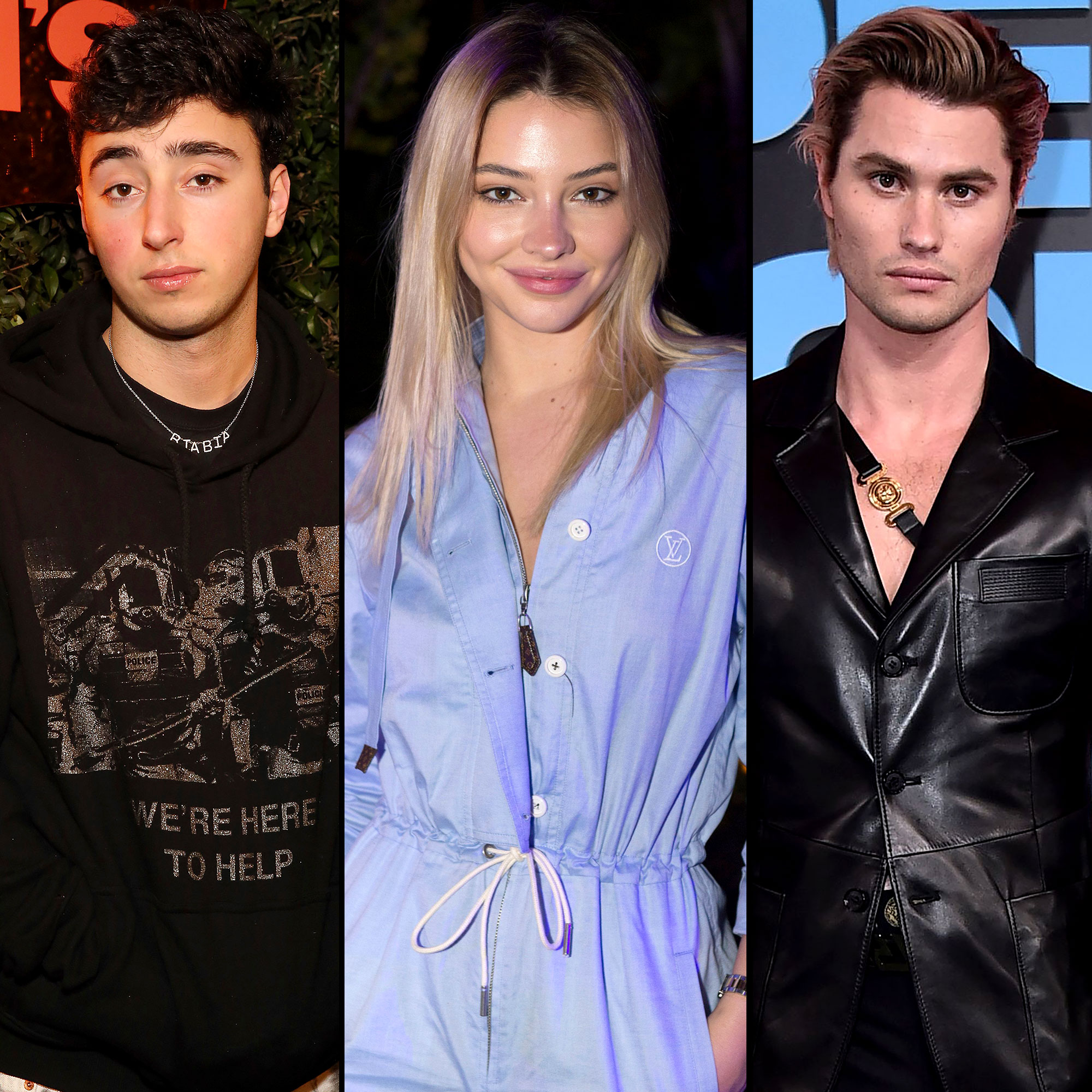 Setting the record straight — sort of. Zack Bia addressed his relationship status with Madelyn Cline after they recently sparked romance rumors — and the DJ isn’t looking to put a label on it.

“We are not dating. We hang out all the time,” Bia, 25, explained during an episode of the “BFFs with Dave Portnoy and Josh Richards” podcast on Thursday, January 13, when asked if he and Cline, 24, are more than friends.

The New York native clarified that the pair were having fun keeping things casual.

“I think as someone like herself who is extremely busy and is going to start traveling — she’s on set five months out of the year — she has such a busy schedule and I think I have such a busy schedule. It is one of those things where we really enjoy hanging out and enjoy going to dinner,” he added. “But we never officially started dating and probably will never officially stop because we are just hanging out. We are enjoying it and not even thinking about what it is.”

Cline and Bia were linked in December 2021 after they were spotted together at basketball games and out to dinner in Los Angeles. After the twosome raised eyebrows, a source exclusively told Us Weekly that the Outer Banks star was “playing coy” about her relationship with Bia.

“They might seem like an odd match, but she’s someone who can get along with anybody because of how kind she is,” the insider said at the time. “They’re cute together.”

One month before Cline’s outings with Bia, Us confirmed her split from her costar Chase Stokes after more than one year of dating. Fans started to question whether the duo were still dating as they made fewer appearances together on social media.

“They’ve been trying to work it out for quite some time but decided going their separate ways was best,” a source told Us in November 2021. “They both have busy schedules, which made it hard for them to spend a lot of time together. They have no bad feelings toward each other and remain friends.”

Stokes, 29, and Cline met while playing love interests John B. and Sarah on Outer Banks, but they didn’t pursue a real-life romance right away. They made their relationship Instagram official in June 2020, and the Stranger Things alum later opened up about when things began to turn less platonic.

“At that point in time, we were so anxious about the show and so nervous about constantly screwing up. I think we were all under this sort of strange umbrella of, like, ‘Dear God, we got an opportunity. Let’s not screw it up!’ So, it was just always work-oriented — really until the day we wrapped,” Stokes exclusively told Us in February 2021. “It wasn’t until after that, until we started to kind of get into the [coronavirus] lockdown where we were like, ‘Is there something here or am I crazy?’ That’s sort of where it bloomed from there. I think we were just so invested in the work.”

Ahead of their breakup, Cline was proud of how she and her now-ex didn’t let their relationship clash with their work.

“Whenever there’s any sort of personal issue, especially between the two of us, we don’t bring it to work. Because it’s distracting,” the South Carolina native told Elle magazine in August 2020. “It’s not fun to feel like that time on set is tainted by anything else. So I think we’ve navigated it really well. In the first season, we all started out as friends, and we established this from a working relationship. And then in season two, we came back to it as a couple.”

Kaitlyn Bristowe’s Season 11 of ‘The Bachelorette’: Where Are They Now?
Keep Moving Toward Your Goals in These Champion Leggings — 60% Off!