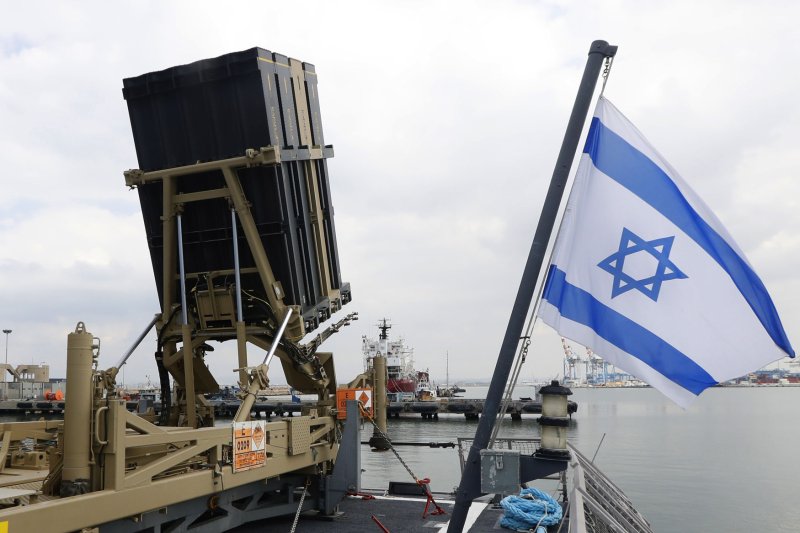 The IDF said it launched its barrage at Lebanon in response to two rockets launched toward it that triggered sirens throughout northern Israel. One of the rockets, it said, was intercepted by the Iron Dome Aerial Defense System while the second rocket fell in an open area inside the country.

“We remain prepared to defend Israel on all fronts,” the IDF said in a statement.

Syrian state-run SANA News Agency reported that Israel’s shells were intercepted by the military in the vicinity of al-Safira in the Aleppo countryside.

However, the Syrian Observatory for Human Rights, a Britain-based human rights organization, said the Israeli strikes destroyed Iranian weapons warehouses though no casualties were reported.

It said loud explosions in the al-Safira area were heard in an area where weapons warehouses of the elite Iranian Revolutionary Guard Corps and Iranian-backed militias are located.

The attack into Lebanon is the first known by Israel since Naftali Bennett was voted Prime Minister, replacing the country’s longest-reigning leader, Benjamin Netanyahu.

Days before the Israeli parliament voted to confirm Bennett as the new prime minister, Israel launched attacks on the scientific research center in Kharbat al-Tinah as well as other military posts and an ammunition warehouse belonging to the Iran-backed Hezbollah in the Homs countryside, killing 11 Syrian soldiers and militiamen.

On July 10, the IDF said it thwarted “the largest smuggling attempt” of the past few years near the Lebanon-Israel border, confiscating 43 guns.

“We are examining the possibility of Hezbollah’s involvement,” it said.