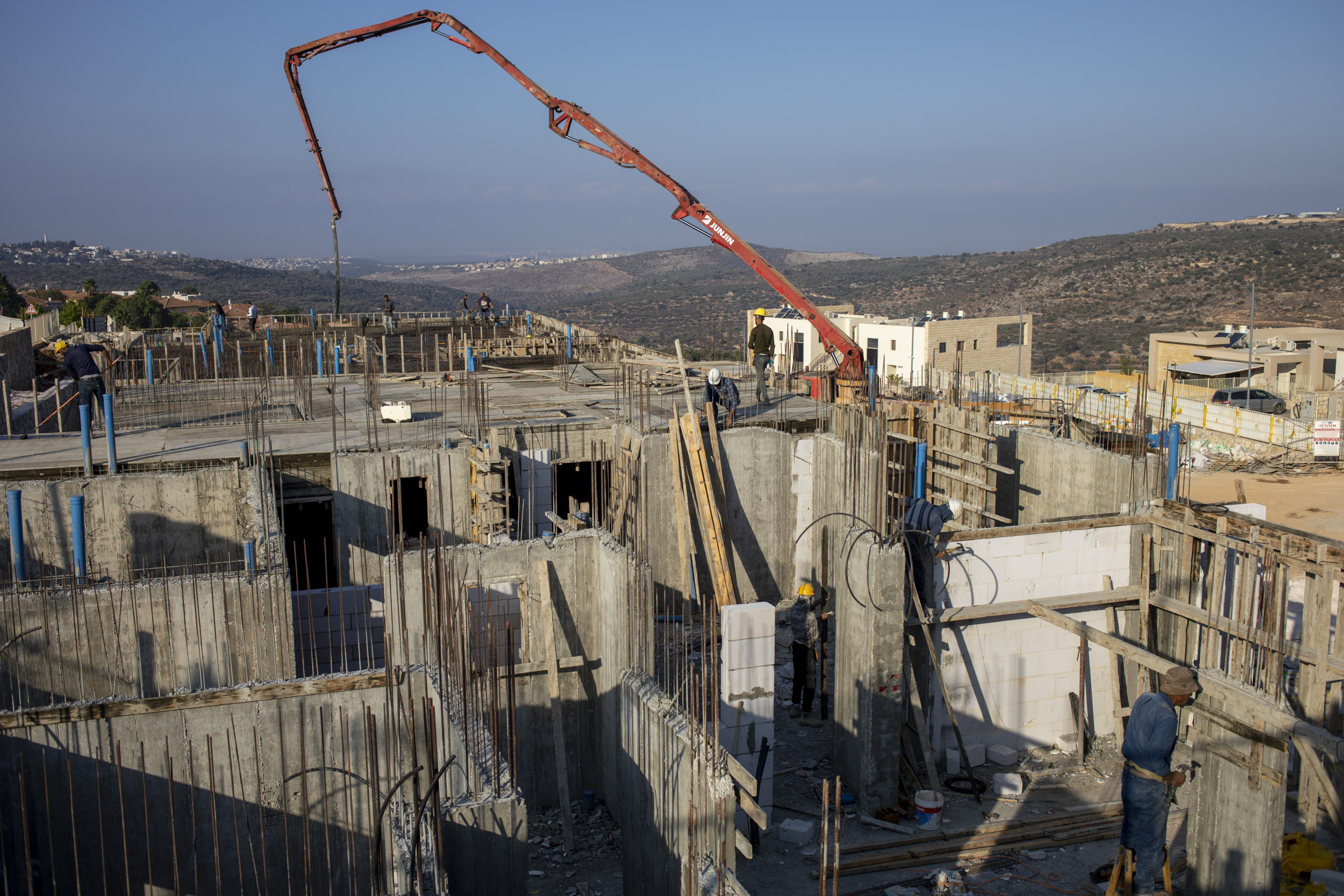 On Wednesday, Israel authorized 3,000 new settler homes in the occupied West Bank, an ambitious move strongly condemned by the Biden administration just the day before, the Associated Press reported. It marked the country’s latest foray into settling the territory Palestinians have long sought as their own state, making the possibility of establishing a territory separate from Israel even less likely.

The announcement of the settlement plans was the biggest since President Joe Biden took office. U.S. Secretary of State Antony Blinken had voiced opposition to the proposed settlement Tuesday during a call with Israeli Defense Minister Benny Gantz, according to a senior U.S. official not permitted to speak publicly on the talks.

The U.S. State Department also said Tuesday that it was “deeply concerned” about the plans to permit new settlements in West Bank, the AP reported.

“We strongly oppose the expansion of settlements, which is completely inconsistent with efforts to lower tensions and to ensure calm and damages the prospects for a two-state solution,” State Department spokesman Ned Price told reporters.

The plans were approved by a Defense Ministry committee, according to a security official who was not authorized to speak publicly and did not provide further details. The anti-settlement group Peace Now also confirmed the approvals.

Palestinian President Mahmoud Abbas called on the international community to take a “decisive stance” on the Israeli decision, which he said amounted to a “message of disdain for the efforts of the U.S. administration.”

The Trump administration had tolerated settlement growth and abandoned the decades-long U.S. position that the settlements were illegitimate. Israel embarked on an aggressive settlement spree during the Trump years, advancing plans for more than 12,000 settler homes in 2020 alone, according to Peace Now, the highest number since it started collecting data in 2012.

Sabri Saidam, a former Palestinian official, criticized the Biden administration, saying it was “almost absent” as Israel pushes ahead with settlement construction.

“Now, everybody knows that this is not a government of change, but this is a government with the same policy as Netanyahu to build more settlements, to deepen the occupation and to take us away from the chances for peace,” said Hagit Ofran of Peace Now.

The Palestinians seek the West Bank, along with the Gaza Strip and east Jerusalem — areas Israel captured in the 1967 Mideast war — for their future state. The Palestinians view the settlements, which house some 700,000 Israelis, as the main obstacle to peace, and most of the international community considers them illegal.

Israel views the West Bank, home to more than 2.5 million Palestinians, as the biblical and historical heartland of the Jewish people.

Wednesday’s approvals were given by the Defense Ministry’s higher planning council, which authorizes West Bank construction. Roughly half of those units were given final approval before the start of construction.

The committee was also supposed to approve 1,300 housing units for Palestinians who live in areas of the West Bank that are under full Israeli control, outside the enclaves administered by a Palestinian autonomous government. The discussion was moved to next week.

The Palestinians and rights groups say the 1,300 homes under discussion meet a tiny fraction of the need. Palestinians require military permits to build in the 60 percent of the occupied West Bank that is under full Israeli control. Rights groups say permits are almost never granted, forcing many residents to build without authorization and risk demolition.

On Sunday, Israel announced construction tenders for 1,355 housing units in the West Bank, the first move of its kind since President Joe Biden assumed office pledging to take a harder line on the settlements. It also appeared to run contrary to the new Israeli coalition government’s own vows to reduce tensions with the Palestinians.