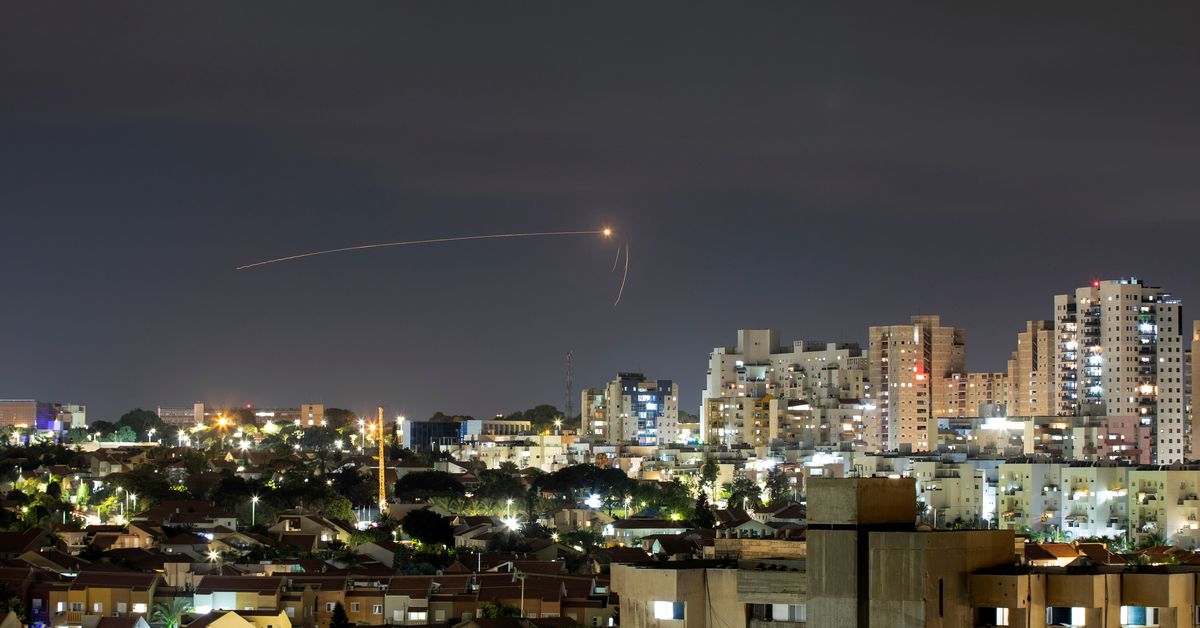 Streaks of light are seen as Israel’s Iron Dome anti-missile system intercepts a rocket launched from the Gaza Strip towards Israel, as seen from Ashkelon, Israel September 11, 2021. REUTERS/Amir Cohen

JERUSALEM, Sept 12 (Reuters) – Israel carried out air strikes in the Gaza Strip on Sunday in response to Palestinian rocket fire into its territory, the Israeli military said.

Tension between Israel and the Palestinians has risen over the past week, after six Palestinian militants escaped from a maximum security Israeli jail on Monday. Israeli forces have since captured four of the inmates. read more

Drawing Israeli air strikes, Gaza militants fired a rocket into Israel on Friday when two of the prisoners were apprehended and then again on Saturday, after two more escaped inmates were caught. The Israeli military said it struck targets belonging to Hamas, the Islamist armed group that rules Gaza. There were no reports of casualties.

A fragile truce between Israel and Hamas ended 11 days of fierce fighting in May in which at least 250 Palestinians and 13 in Israel were killed.