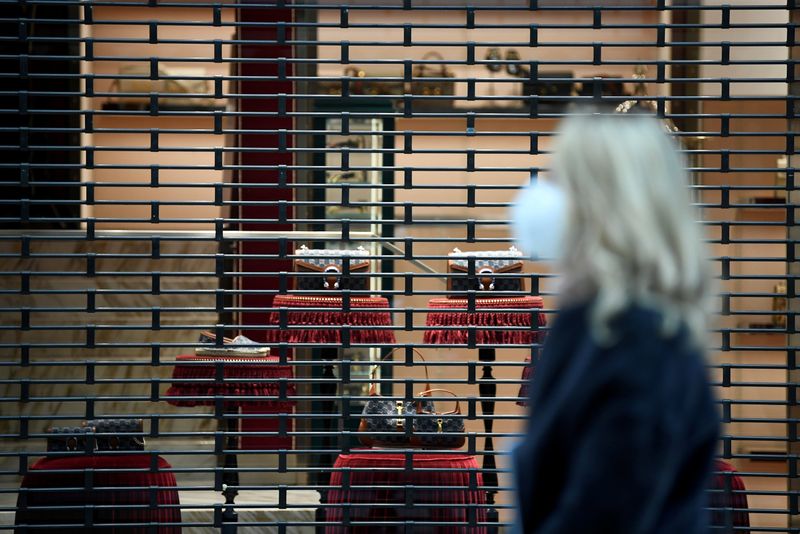 © Reuters. FILE PHOTO: A woman wearing a protective face mask walks past a closed shop as the region of Lombardy becomes a ‘red zone’, going into lockdown as the country struggles to reduce the coronavirus disease (COVID-19) infections, in Milan, Italy, March 15, 20

Italy is eligible for more than 200 billion euros ($242.20 billion) in grants and cheap loans from the EU’s Recovery Fund, making it the biggest beneficiary of the 750 billion euro kitty set up to help the bloc’s 27 countries recover from the COVID-19 pandemic.

The decree to be approved by the cabinet on Friday is part of a broader package of measures and reforms promised to the European Commission to obtain a first 25-billion euro tranche by the end of August.

Italy has been curbing its public sector employment for many years through blocks on turnover, in an attempt to cut spending and debt. Comparative Eurostat data showed that at the end of 2018 some 13% of Italian workers were employed by the government, compared with an EU average of 16%.

The vast majority of the hires will go to the judicial sector. Speeding up Italy’s notoriously slow legal proceedings is one the priority areas for reform pledged to the EU.

Under the draft, some 16,500 officials will be hired to so-called “trial offices,” which aims to accelerate court procedures by giving judges qualified support staff. The contracts have a maximum duration of two years and nine months.

An additional 5,410 people will be deployed in other parts of the justice system, the draft showed.

To help the Treasury monitor the progress of Italy’s investment plan, 500 short-term staff are to be assigned to the state accounting office.

Governance of Italy’s Recovery and Resilience Plan will be run by Draghi and key ministers, while the economy ministry is responsible for drawing attention to any hitches in the progress of investments.