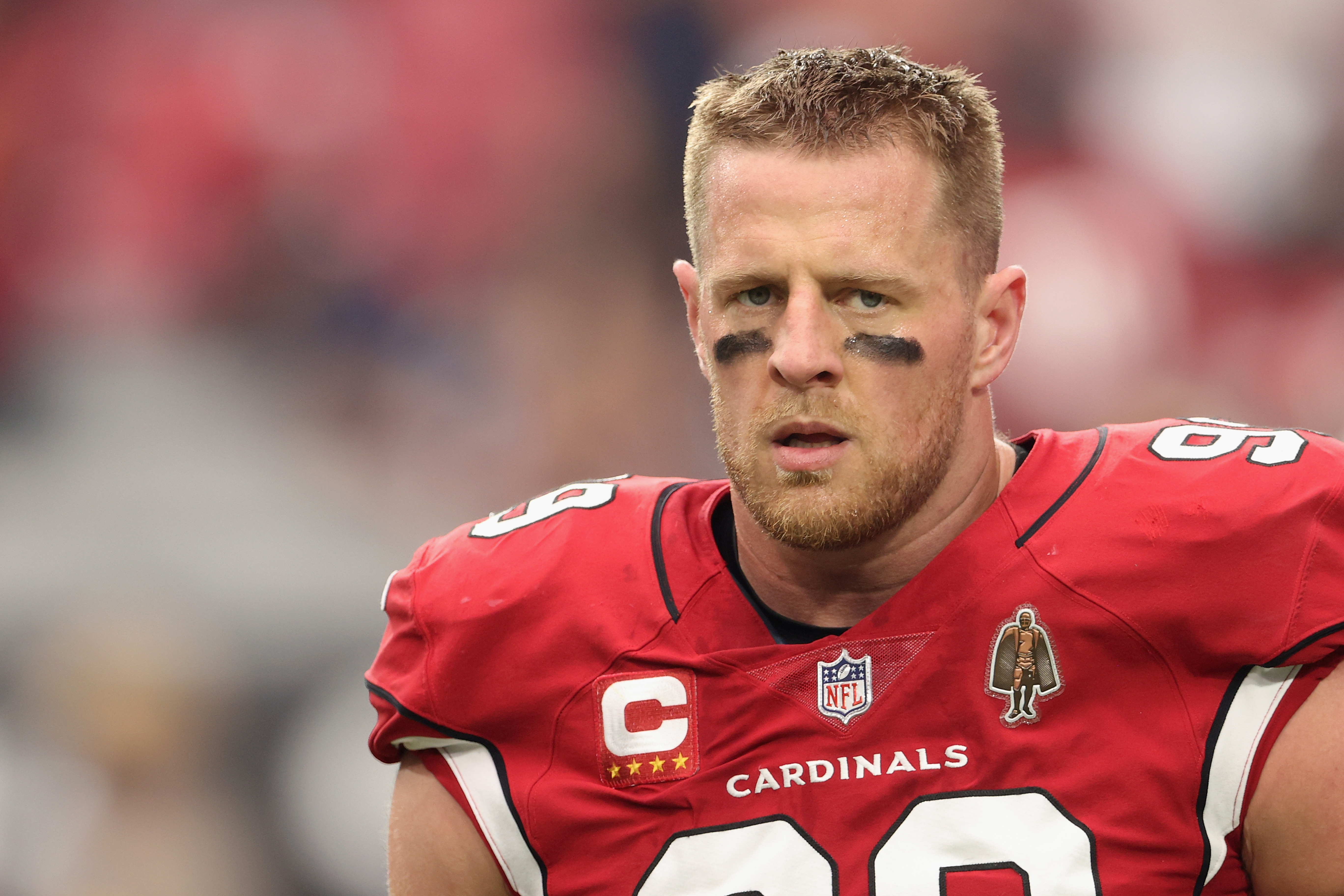 Cardinals’ DE J.J. Watt will undergo what is now likely to be season-ending shoulder surgery, sources tell ESPN. No date set yet for surgery.

Watt hurt his shoulder in the second quarter Sunday and still managed to play the rest of the game with the injury. pic.twitter.com/Y2pzFV8sFQ

#AZCardinals DE JJ Watt played the entire second half last week… and now needs shoulder surgery, source said. The recovery is likely at least three months, which may knock him out for the season. A tough situation for the veteran.

It’s a major blow for the 7-0 Cardinals, who have looked like serious title contenders.

Watt, 32, had posted 16 tackles (five for loss), one sack, 10 quarterback hits and a forced fumble in seven games this year.

When healthy, Watt has been one of the most dominant forces in the NFL and will one day have a plaque in Canton. He’s a five-time Pro Bowler, five-time first-team All-NFL selection and a three-time Defensive Player of the Year award winner.

However, injuries have cut short four of his past six seasons. A herniated disc in 2016 ended his season after just three games. In 2017, a tibial plateau fracture ended his campaign after five contests. And in 2019, a torn left pectoral cut his season in half. He did return for the playoffs that year.

The hope will be in Arizona that he can follow a similar script this year. And for Watt, still chasing his first Super Bowl title, getting back on the field will obviously be the top priority, even if only for the postseason.

In his absence, the Cardinals will rely even more heavily on players like Markus Golden (six sacks) and Chandler Jones (five sacks) to generate pressure, while Michael Dogbe will likely step into the starting lineup at Watt’s position on the defensive line.