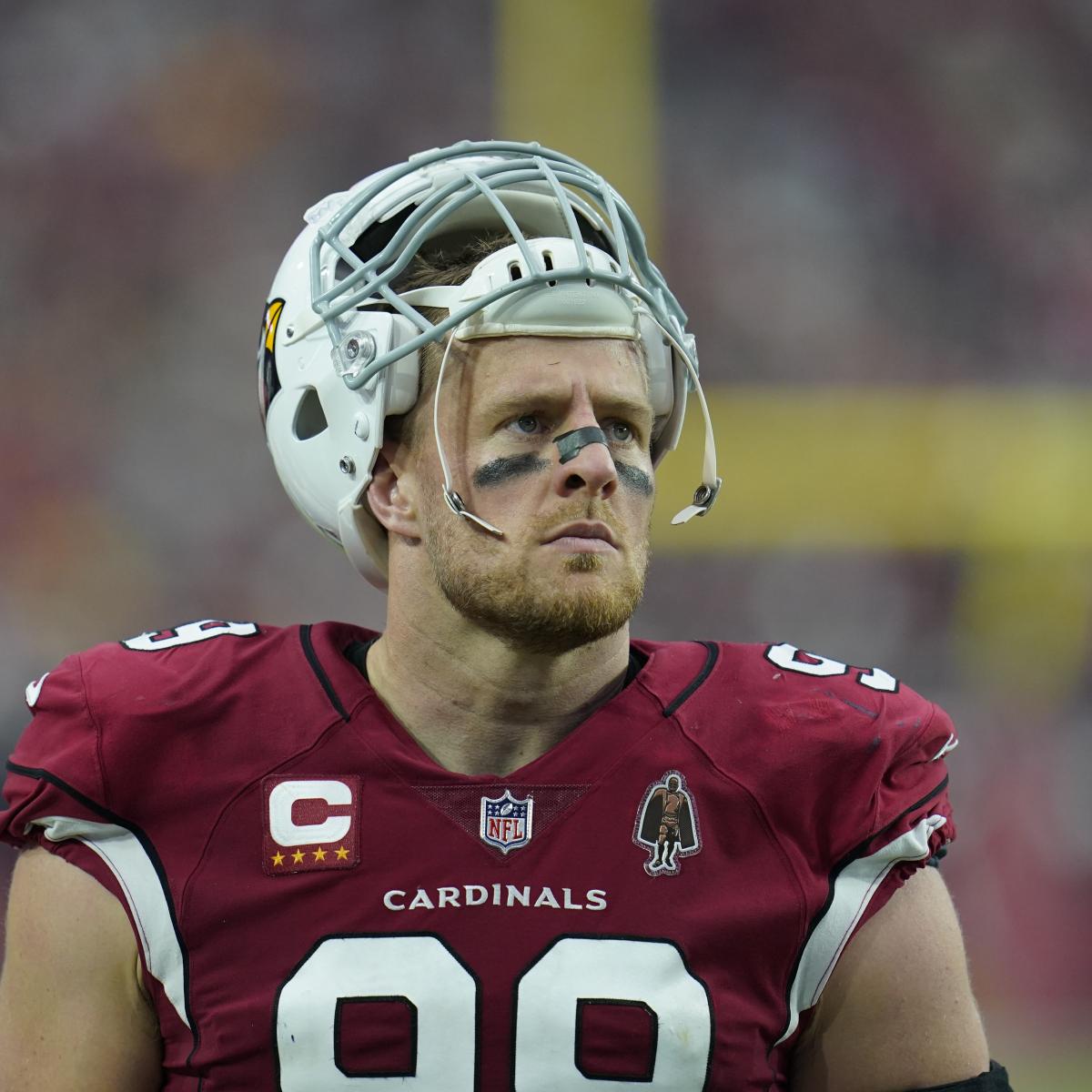 Arizona Cardinals star J.J. Watt won’t be on the field for Thursday’s marquee matchup with the Green Bay Packers.

Per Darren Urban of the Cardinals official website, Watt has been ruled out because of a shoulder injury.

The decision comes after Watt didn’t participate in practice on Monday or Tuesday.

Watt began training camp on the physically unable to perform list because of a hamstring injury suffered during a conditioning drill. But the Cardinals activated him off the list on Aug. 23, and he’s started all seven games to this point.

Injuries did hamper the Wisconsin product with the Houston Texans from 2016-19. The five-time Pro Bowler missed 13 games in 2016 after undergoing back surgery. He missed 11 games in 2017 with a fractured leg and eight games in 2019 with a torn pectoral muscle.

Last season was the first time Watt played all 16 games since 2018. He recorded 17 quarterback hits and five sacks, but the Texans released him in February after 10 seasons together.

The Cardinals signed him to a two-year contract in March. He was expected to boost a pass rush that lost Haason Reddick (12.5 sacks in 2020) in free agency. The 32-year-old has recorded one sack, but he also has 10 quarterback hits.

Third-year defensive lineman Michael Dogbe will likely take the bulk of Watt’s snaps for the time being.