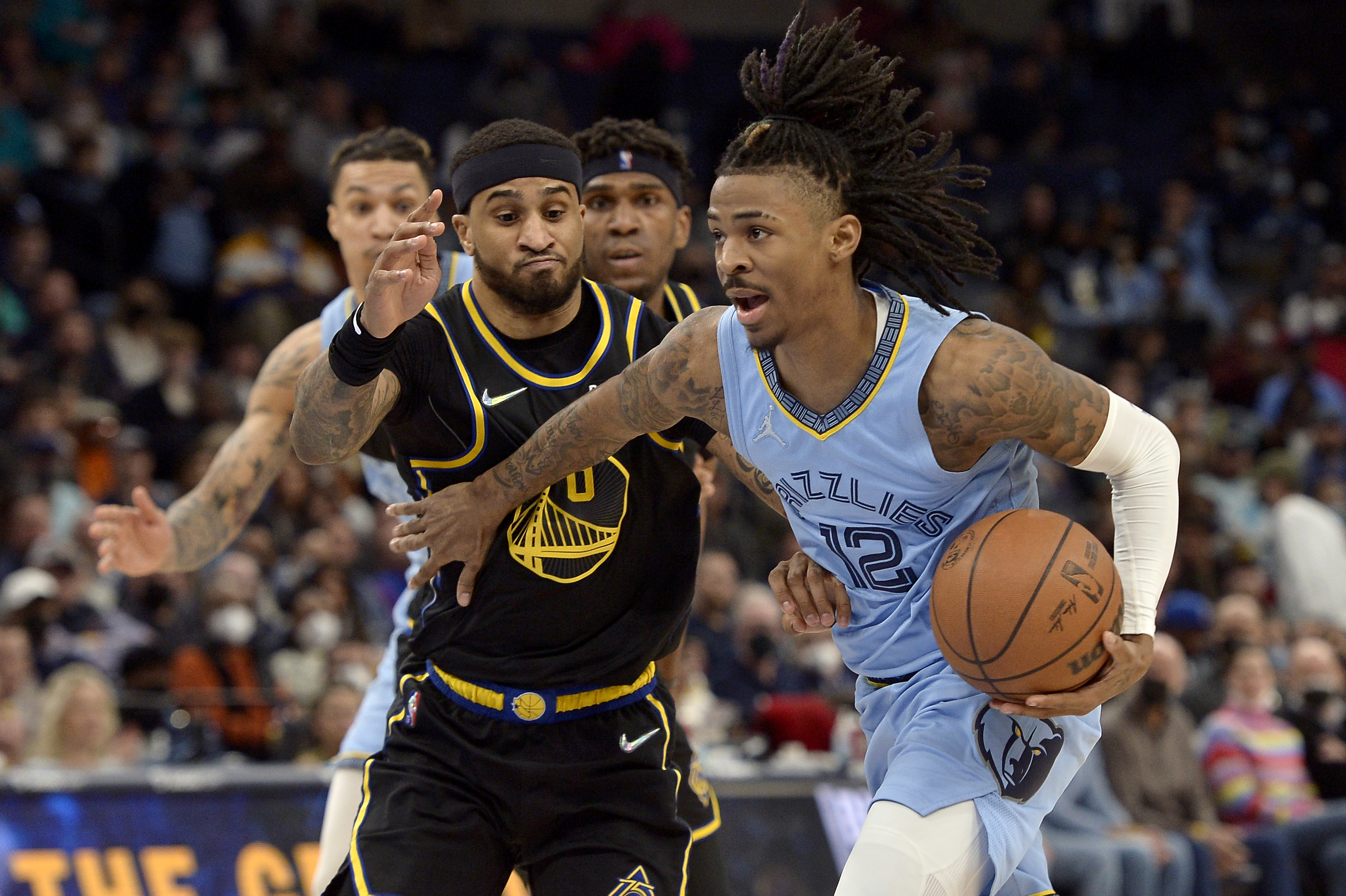 The Memphis Grizzlies earned their 10th straight win with a 116-108 victory over the Golden State Warriors on Tuesday night at FedEx Forum. Ja Morant led the way with 29 points and eight assists as Memphis improved to 29-14.

It’s the first time in franchise history that the Grizzlies have won 10 consecutive games.

The Warriors fell to 30-10 after their third loss in their last four games. Stephen Curry had his second triple-double of the year with 27 points, 10 rebounds and 10 assists.

In his second game of the season, Warriors shooting guard Klay Thompson had 14 points on 5-of-12 shooting in 19 minutes. Golden State was playing without power forward Draymond Green, who sat out to rest his sore calf.

Grizzlies Prove They Can Compete with Western Conference’s Elite

Throughout Monday’s game, the Grizzlies stood toe-to-toe with the Warriors and had them on their heels. Memphis showed no intimidation despite playing against a team that entered Tuesday tied for the best record in the NBA.

The Grizzlies were in attack mode right from the start, pushing the pace on offense and playing with great energy and activity on defense. Memphis led by as many as 18 in the first half and took a 59-51 lead into halftime.

Memphis is long and athletic and overplays the passing lanes. This has to be like four games of the same approach. Warriors offense hasn’t made the adjustment

Even when the Warriors opened the second half with one of their trademark scoring runs, the Grizzlies didn’t panic. Memphis withstood the avalanche and kept the deficit to just three points heading into the fourth quarter.

In the final frame, the Grizzlies got contributions from multiple players to put themselves in position to win the game. Ziaire Williams scored a career-high 17 points. Tyus Jones added 17 off the bench on 5-of-5 shooting from beyond the arc. Despite having an off-night offensively, Jaren Jackson Jr. played some very strong interior defense.

Ja Morant lobs it up…Ziaire Williams throws it down for a career-high 17 points!@memgrizz 101@warriors 98

TYUS JONES IS ON 🔥

Memphis plays with a ferociousness that not many teams can match. There’s a youthful exuberance surrounding the team as Morant and company always look like they’re having fun playing together.

It felt like the Warriors were out of sorts for most of Monday’s game as the Grizzlies blitzed them from the start. Without Green, Golden State was missing its organizer on both offense and defense.

The Warriors did a nice job of clawing back from an 18-point first-half deficit. Golden State outscored Memphis 39-28 in the third quarter.

But in the fourth, the Warriors were held to just 18 points compared to 29 by the Grizzlies. Golden State seemed like it couldn’t figure out the best way to attack Memphis on either end of the floor, and much of that had to do with Green’s absence. The Warriors finished with 16 turnovers and were outrebounded 49-45.

Green has established himself as one of the frontrunners for Defensive Player of the Year this season. It’s no small task for the Warriors to replace his production, and they weren’t able to do it on Tuesday. Green’s absence is coming at an inopportune time for Golden State with a tough stretch of games coming up.

Warriors have lost three of four, all three Ls on road: Dallas, New Orleans (rest night) and now Memphis. They’ve had trouble scoring lately. Draymond Green’s status for rest of road trip unknown. Milwaukee, Chicago road b2b up next. No Klay in one of them. Challenging stretch.

When the Warriors are at full strength, they can be the best team in the league. But if the team doesn’t learn how to clean up its mistakes while Green is sidelined, opponents will continue to take advantage of Golden State’s disorganization on both ends of the floor.

The Grizzlies will go for their 11th straight win on Thursday at home against the Minnesota Timberwolves. The Warriors will look to bounce back that same day in a road matchup against the Milwaukee Bucks.