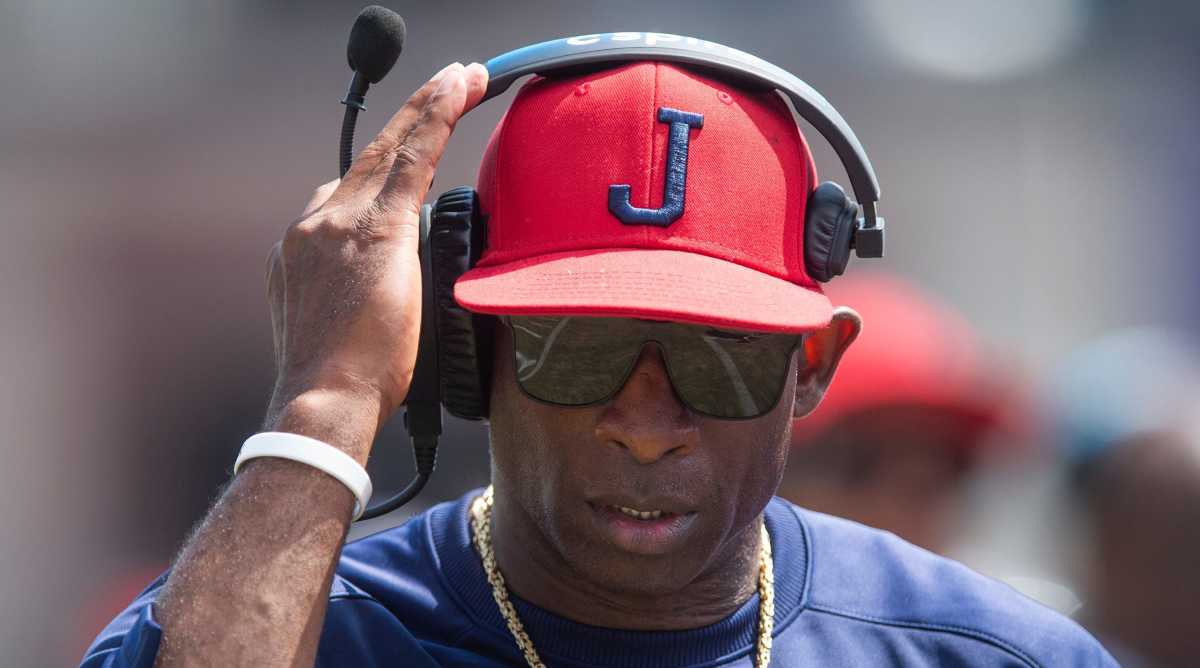 Jackson State coach Deion Sanders was expected to be in the running for FBS jobs after the season following his swift turnaround of Jackson State in the FCS, and that expectation appears to be right on schedule.

Sanders has been contacted by Colorado and South Florida regarding their head coaching vacancies, according to a report from Carl Reed of 247Sports. In addition, while Sanders has been rumored to be connected to the open Auburn job, he has not spoken with the Tigers about their opening, per the report.

Sanders said last month that he would be willing to listen to overtures from Power 5 programs.

Sanders’s prowess on the recruiting trail allowed his Jackson State program to flip athlete Travis Hunter, the nation’s top recruit, from Florida State last December. An FCS school landing a consensus five-star recruit was extraordinary, but Sanders proved he could win recruiting battles at an HBCU.

Strong recruiting and player development has led to a significant turnaround for the Tigers under Sanders.

Sanders is 26–5 as Jackson State’s coach as he nears the completion of his third season at the helm. The Tigers (11-0) will play for the SWAC championship on Dec. 3. A win would earn the Tigers a second consecutive berth in the Celebration Bowl, where they would play the MEAC champion.