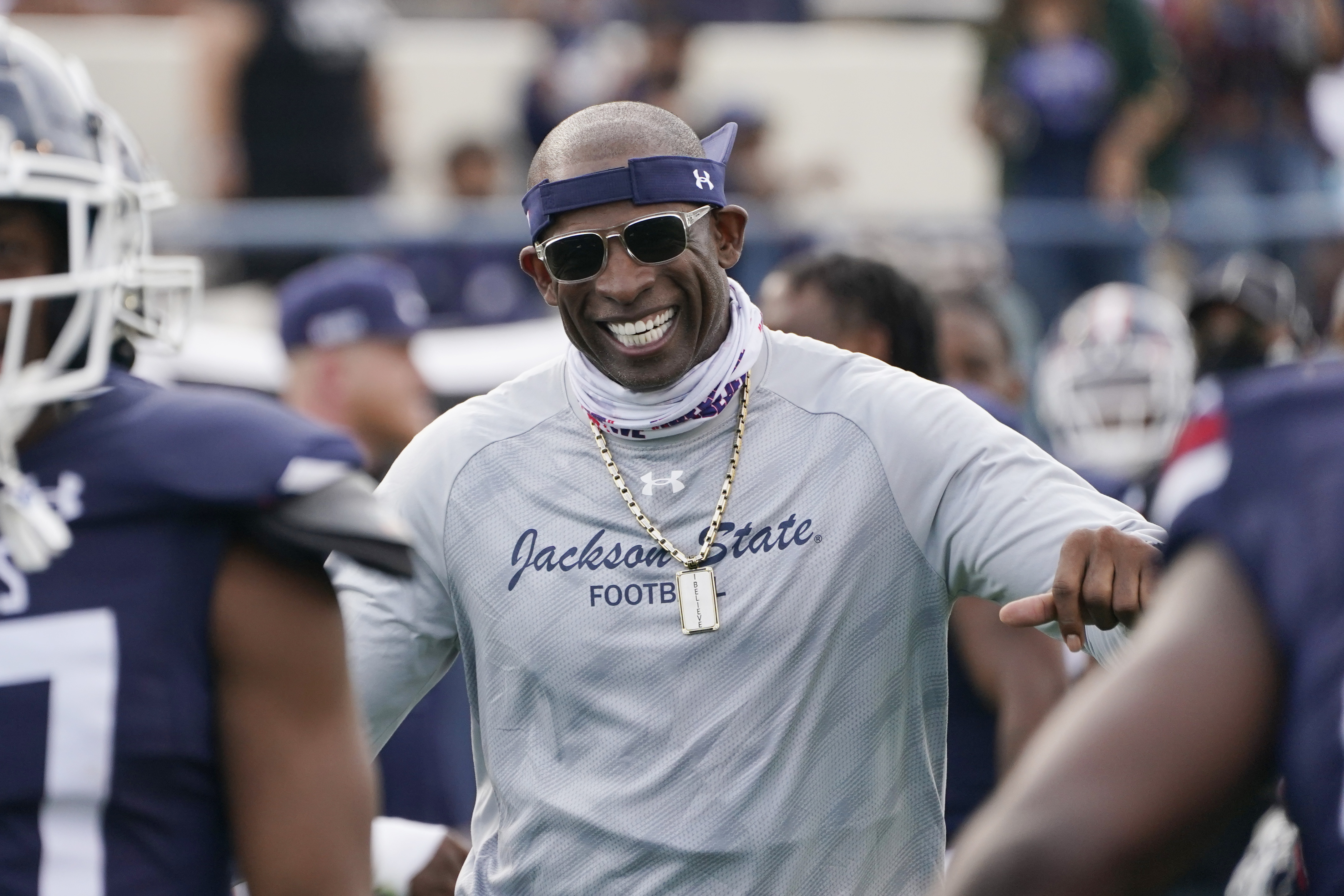 Jackson State football head coach and Pro Football Hall of Famer Deion Sanders walked out of SWAC Media Day on Tuesday after being referred to by his first name twice, per Langston Newsome of the Clarion-Ledger.

“If you call Nick [Saban], Nick, you’ll get cussed out on the spot, so don’t do that to me,” Sanders added. “Treat me like Nick.”

Sanders is entering his second year coaching Jackson State. He led the team to a 4-3 overall record (3-2 SWAC) last year.

Suss provided a few remarks in response, per Newsome:

“When I interview people, I call them by their first name. Whether it’s someone I’ve been working with for years or someone I’m talking to for the first time. This is true of the coaches and players on the Ole Miss beat, the coaches and players at Mississippi State and Southern Miss when I help out covering their teams and, as recently as January, even Sanders, too.”

Sanders later had a few words about what went down:

Never walked out of media day. I prolonged my time to answer another question & the person thought it was cute to address me the way he did so I dropped the call & went to the next outlet. Please don’t allow a fool to fool u because then nobody would truly know who the fool is. https://t.co/csbTRNgJvd

In regards to Sanders’ comments about Saban, multiple media members provided responses on Twitter, including Chase Goodbread of NFL.com and Barrett Sallee of CBS Sports:

JSU coach Deion Sanders walks out of SWAC media day after being addressed as Deion.
“If you call Nick (Saban), Nick, you’ll get cussed out on the spot, so don’t do that to me”
I covered Saban for 6 years. He was called Nick many times. He never said a wordhttps://t.co/nwrRIoRzTx

I don’t think that I’ve called him anything other than “Nick.” He hasn’t cussed me out.

Sanders had other notable comments outside of the aforementioned remarks. In particular, he mentioned the need for HBCU football teams to receive more media exposure, referencing (in part) how few players have been drafted. The Undefeated provided his comments:

Sanders has previously said on social media that HBCU players were being “neglected” and “rejected” while also writing that they were “more than qualified to be drafted.”