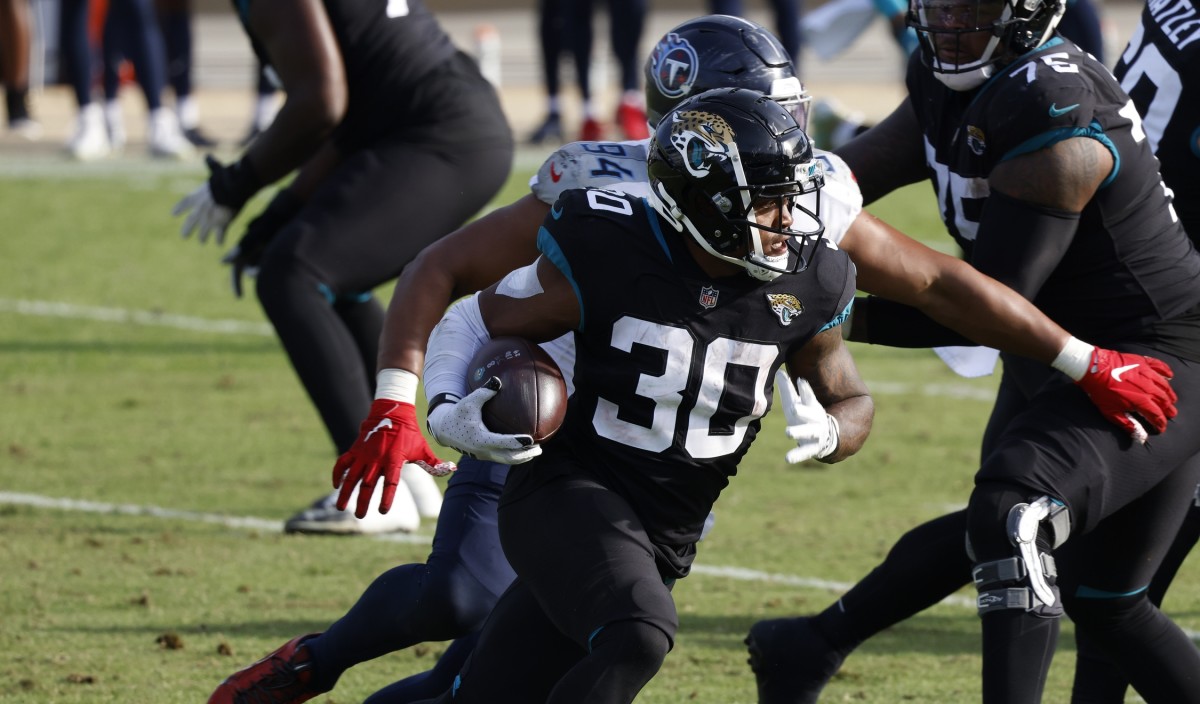 Each week during this year’s offseason, Jaguar Report will take Jacksonville Jaguars-related questions from our readers across social media and answer them in a question-and-answer format, giving readers a chance to have their voices heard.

You can submit your questions every week by tweeting them to the Jaguar Report Twitter handle or by submitting them here.

This week we take questions on James Robinson, the Los Angeles Rams, the start of training camp, and more.

Q: Let’s get it out of the way quick… would you be willing to trade James Robinson to the Rams, and what compensation would you demand if so?

A: A lot of the questions in this week’s mailbag have to do with James Robinson and the Los Angeles Rams and it isn’t surprising why. Robinson is a hot name when it comes to teams in need of reinforcements at running back, which the Rams certainly now classify as following Cam Akers’ torn achilies injury. Robinson is one of the best trade candidates in the NFL at the position to many due to a variety of factors, including his production as a rookie, his cheap undrafted free agent contract, and the fact that the Jaguars drafted running back Travis Etienne at No. 25 overall in April’s draft.

With this in mind, I personally wouldn’t be so quick to trade Robinson. He is one of the best bargains in the entire league at running back — if not the best overall — and the Jaguars still need to actually see what they have in Etienne at running back. Plus, Etienne and Robinson win in different ways and will play different roles. Robinson’s replacement in the event of a trade would be Carlos Hyde, which would be a clear drop-off.

Q: How does the atmosphere in the facility feel?

A: Just from the limited times media has been allowed to view the team practice, I can say it seems like there is more pressure being applied to players, at least from our perspective. The push from the Meyer-led staff is tangible and can be felt simply when observing the team. This isn’t to say the Jaguars weren’t pushed and driven last year, but there seems to be a more intense focus and urgency this year compared to last.

Q: How do you think the James Robinson and Travis Etienne dynamic will work? Will it be a Nick Chubb and Kareem Hunt situation like in Cleveland?

A: I think this would probably be a fair assessment, though I still think Robinson gets an edge in terms of carries. Kareem Hunt actually touched the ball more than Chubb last season, but the bulk of Chubb’s touches were as a runner. Hunt was significantly more involved in the passing game as a receiver than Chubb but Chubb was the unquestioned lead back in the offense, setting the tone and the identity for the Browns’ offense.

I think a more exact comparison would likely be Alvin Kamara and Mark Ingram/Latavius Murray. Kamara is used in much more versatile ways as both a rusher and pass-catcher while the Saints leaned on the other backs as the physical running presences, almost to the same extent as Kamara on the ground.

Q: Not directly Jags related so feel free to leave it out if you want, but I was wondering how big a loss you thought Cam Akers was for the Rams, particularly given their summer change at QB?

A: I do my best to have a grasp on the entire league and love talking ball, so I will always take non-Jaguars questions!

As for this one, I do think it is a big loss. I think Sean McVay was going to make Cam Akers the focus of his offense much like we saw Todd Gurley a few years ago. While Darrell Henderson has talent, it is clear that Akers was the top dog and had the best chance to be a difference-maker in the backfield. Instead of the running game now being one of the staples of the Rams’ offense, I think it is more likely to now take a backseat to the passing game, which likely wasn’t exactly the ideal situation for the Rams.

Q: What are some of the changes from college to the pros that you noticed right away with how things are done?

A: On the field, I haven’t noticed much of a change in terms of practice habits. Perhaps that changes in camp. Where I have seen the change is essentially in Meyer compared to other NFL coaches. Meyer is used to being the biggest and most important name at his position at the college ranks, but in the NFL he is just one of 32. The NFL is more of a player-driven sport than college football, and I think Meyer has made a few different moves and comments this offseason that reflected he is still adjusting in that regard.

A: I honestly don’t know, and that is nothing against Costin and his stellar performance as a rookie last season. Costin was one of the AFC’s top run-defending defensive tackles last season and was just a pass-rush skill set away from becoming a much more well-known name. With that said, Costin is going to have a much tougher time making the roster this year. The Jaguars have added several interior linemen this offseason in Malcom Brown, Roy Robertson-Harris, and Jay Tufele. Add in the presence of guys like DaVon Hamilton and Taven Bryan, each of whom the new staff is high on, and it is a crowded room. My guess right now is that Costin will be a tough cut, but he has a few weeks to earn a spot.

Q: What is the position group that must step up heading into training camp?

A: The offensive line. The line has received praise from Meyer and offensive line coach George Warhop this offseason but it is a unit that has immense pressure on it. The Jaguars retained all five starters and every key backup, only bringing in Walker Little as a backup tackle for 2021. If the line fails to standout after the Jaguars went to such great lengths to keep it together, it would be quite the negative testament to the Jaguars’ ability to self-scout along the offensive line. The Jaguars also badly need their offensive tackles to take a major step in 2021 after the year Cam Robinson and Jawaan Taylor had in 2020. If neither does so, each faces the chance of being replaced after this season.

Q: I really don’t know what to make of James Robinson and Etienne. Speaking in terms of fantasy where do you project them to go? I could have kept Robinson but all the speculation made me shy away and go with Mark Andrews. Go Jags!

A: I think the duo of James Robinson and Travis Etienne is much more valuable in real life than in fantasy football. Fantasy football is all about opportunity and no running back had a better opportunity for touches and volume than Robinson last season. While Robinson and Etienne could be a dynamic duo both on the ground and through the air, it is unlikely that there are enough touches to go around to make both — or even either one of them — a viable fantasy option.

Q: The Jaguars wouldn’t really trade James Robinson to the Rams, would they?

A: As of right now, I don’t think so. I am not sure the Rams would even use draft capital to make a move for a running back after investing in the position twice with Akers and Henderson, but I also don’t think the Jaguars are looking to move Robinson right now. Robinson has made a positive impression on the new staff and replacing him and his cost-controlled production would be nearly impossible to do in 2021.

Q: How do you guys feel about the big-name low-profile receivers like Phillip Dorsett and Laquon Treadwell? Both are low risk guys who could make huge impacts in a very deep receiver room.

A: I think Phillip Dorsett has a good chance to be the team’s primary No. 4 receiver, but at the worst he will be the No. 5. He is going to have a role on the offense in some capacity, it just remains to be seen exactly what the capacity is. Treadwell would surprise me if he made the team, in large part because the Jaguars have a similar option with a higher ceiling in Collin Johnson.