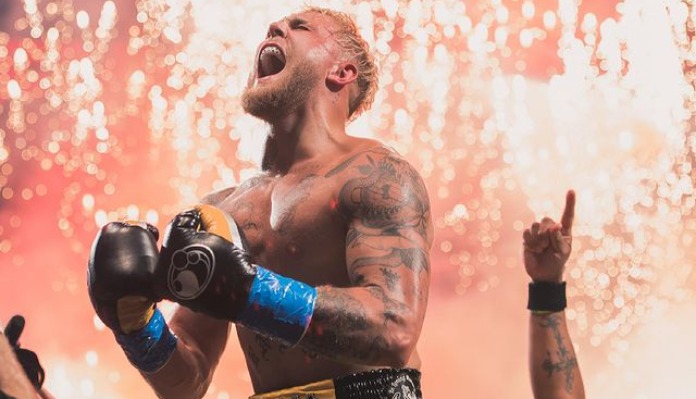 Jake Paul plans to expose the UFC striking when he boxes Tyron Woodley on August 29.

Back in April, Paul scored a first-round KO win over Ben Askren who was his first former MMA fighter he boxed. Now, ahead of his bout against Woodley, he believes a win here exposes UFC fighters for their striking capabilities.

“I think I’m exposing the UFC a bit with their striking capabilities,” Paul said after his press conference (via MMAJunkie). “He’s fought the ‘best in the world’ in the UFC, but that’s not boxing. People think they’re very similar sports, which they kind of are. But it’s really relating swimming to basketball. It’s two very different things.

“Boxers are more efficient, more precise, more conservative with their energy, scoring points. It’s just a completely different ballgame, and a lot of people don’t really understand that,” Paul continued. “They just take it at face value, which is, ‘This is a fight.’ It’s not that. He’s coming into my territory, and as crazy as it sounds, I’m a much better boxer than him – even though he’s been doing it for five times as long.”

Although Paul says he will expose the UFC striking, in order to do that, he will need to get through Woodley with ease next month. Yet, the brash YouTuber turned boxer has all the confidence in the world and he believes he will finish Woodley.

“Yes, he’s fought Kamaru Usman. Yes, he’s fought Gilbert Burns. But that’s not Jake Paul,” Paul said. “I will finish him, unlike those guys, and then people are going to come back and watch this interview and be like, ‘Holy sh*t, this kid is crazy. He predicted the future, and what the f*ck is going on? What the f*ck is in the milk in Ohio?”

What do you make of Jake Paul saying he will expose UFC striking against Tyron Woodley?