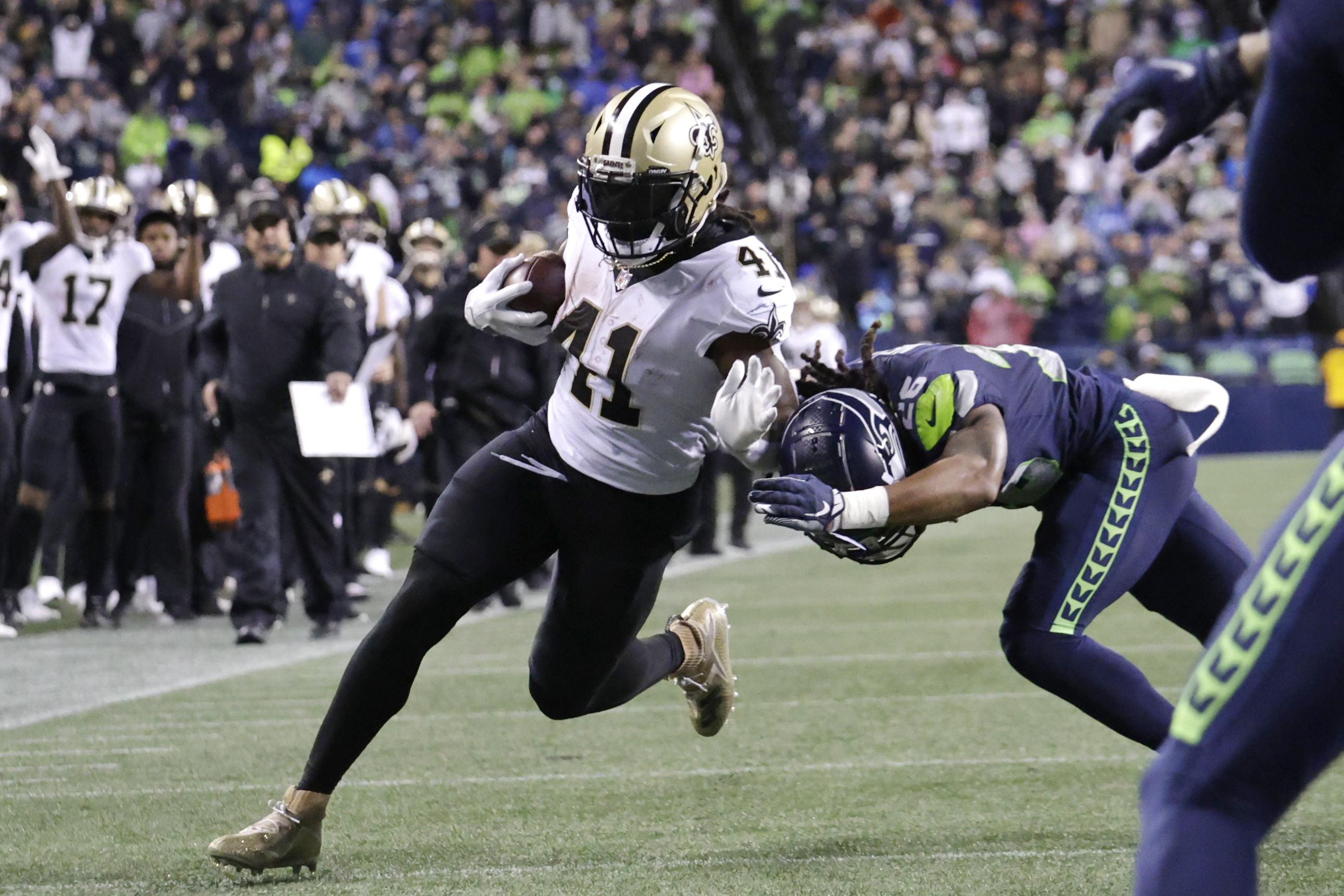 The Seattle Seahawks’ playoff chances are slipping away, and fast.

On a rainy night in Seattle, Jameis Winston and the New Orleans Saints came away with a 13-10 win, plunging the injury-riddled Seahawks to a dismal 2-5 record on the season.

In what was an ugly game in general, the Seahawks were downright poor. They hurt themselves with untimely penalties. Jason Myers missed two field goals. They struggled to get much going on the ground (90 yards) despite insisting on pounding the rock (28 attempts). The continuously let superstar running back Alvin Kamara hurt them at key moments.

Alvin Kamara’s got eight catches for 109 yards and a TD in the first half! @A_kamara6 #Saints

Since Russell Wilson left the team’s Oct. 7 game against the Los Angeles Rams with a fractured finger, the Seahawks are 0-3. With the Arizona Cardinals off to a blazing start (7-0) and the Rams not far behind (6-1), Seattle’s division title hopes are all but extinguished, and their playoff aspirations aren’t far behind.

As for the 4-2 Saints, they remain hot on the heels of the Tampa Bay Buccaneers (6-1) in the NFC South. So long as they keep feeding Kamara—and kicker Brian Johnson can keep the composure he showed in his first NFL appearance on Monday night—the Saints will remain a problem for opponents.

Monday night was very much a battle of two teams moving in opposite directions. The Seahawks are entering must-win territory in the coming weeks. The Saints will be happy to have gutted out a less-than-pretty road win.

D.K. Metcalf, SEA: Two catches for 96 yards and a touchdown

When in doubt, get Kamara the ball.

That seemed to be the New Orlean’s game plan Monday night, and while it wasn’t always pretty, it ultimately worked. No surprises there—Kamara is the team’s best player.

His first half alone was epic:

What a busy half for Alvin Kamara…

But he’s especially important given the lack of weapons the Saints currently have in the passing game. When your other options are Kenny Stills, Marquez Callaway, Tre’Quan Smith and Adam Trautman in the passing game, well yeah, you’re gonna find Kamara as much as possible.

Thankfully for the Saints, he made the most of his heavy workload.

Can We Get More DK Metcalf?

For much of Monday night’s game, Seahawks fans probably felt like Christopher Walken pleading for more cowbell. All they wanted, however, was more Metcalf.

The star wideout torched the Saints in the first quarter for this 84-yard touchdown reception:

And then he didn’t see another target—not a single one—until the fourth quarter. He had just five targets on the night, less than Freddie Swain (six). How does that happen?

Yes, there was some rain. It’s no secret that Pete Carroll loves to establish the run game. And Carroll might be trying to protect Geno Smith with a more conservative gameplan.

What is Pete Carroll doing? He has DK Metcalf and Tyler Lockett and he’s pounding the ball at 3-yards-per-carry with journeymen running backs.

Russell Wilson deserves a Nobel Prize for carrying Pete Carroll all these years.

all I’ll say is if the Seahawks end up having to decide between Pete Carroll and Russell Wilson as some speculated it would in the offseason, the decision is overwhelmingly obvious

But weapons like Metcalf need the ball. Seattle’s offense was pretty impotent outside of his involvement.

On a night when the Saints built their gameplan around Kamara, Metcalf’s disappearance was all the more jarring. This was an offense with a fever, and it sure seemed like the only prescription was more Metcalf. Instead, it took the loss.