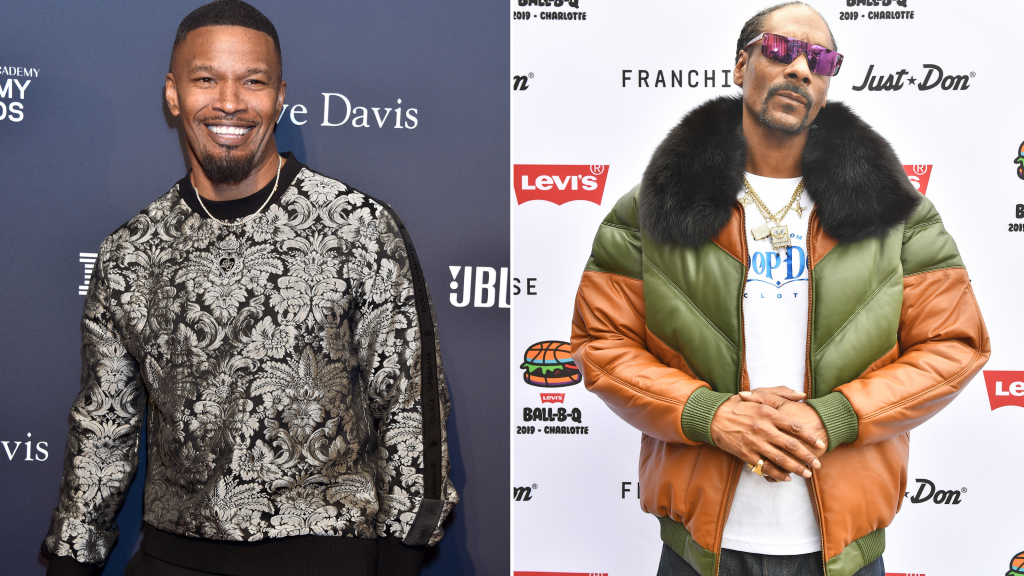 When it comes to frightening unsuspecting young men vying for the affection of his daughter, Jamie Foxx chose to “Blame It” on his friend and fellow super-dad Snoop Dogg. The Oscar winner reveals he enlisted to strike a little fear into the heart of one of his daughter’s dates.

During his appearance on The Tonight Show Starring Jimmy Fallon on Thursday night (Oct. 14), Foxx recalled the encounter, in which Snoop assumed the gangster persona he was known for prior to his evolution into an American darling.

“What happened was my daughter, [she] didn’t know that I had already run a background check on her boyfriend,” Foxx began. “He comes to the crib and Snoop happens to be there. I said, ‘Snoop there he is right there. Shake him up.’”

According to Foxx, Snoop proceeded to approach the young suitor in a menacing manner, introducing himself as the daughter’s uncle and reminding the youngster to “act accordingly.” While Foxx and Snoop’s actions towards the young man were clearly in jest, the Project Power actor felt it was necessary to make it clear that his daughter has strength behind her and “if something does go wrong, Snoop is coming.”

Foxx also spoke about the inspiration behind his new book, Act Like You Got Some Sense. He attributes his effort to find common ground with his two daughters, Corrine and Annalise, to the lessons learned from his grandparents during his own upbringing.

“I wanted to break down the barriers with your daughters because your daughters are going to need you, especially when it comes to guys and relationships,” Foxx explained. “I mean, who else would know better than us? And so by doing it early, which a lot of people frowned on at first, but now it pays dividends when they have really serious questions about guys I’m going to kill.”