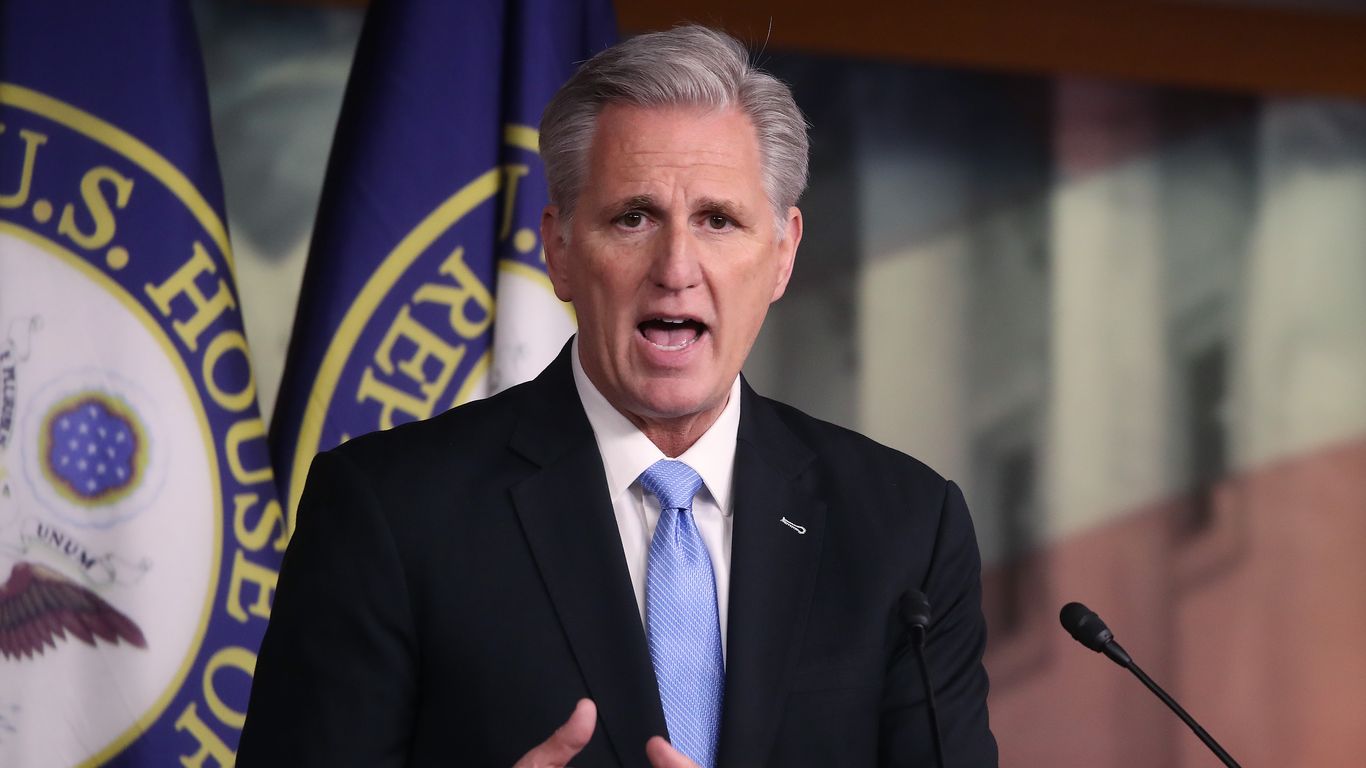 The Jan. 6 select committee is seeking an interview with House Minority Leader Kevin McCarthy (R-Calif.) about his communications with former President Trump.

Why it matters: McCarthy is the highest-ranking elected official the committee has asked for information. It’s a clear sign that the panel sees nobody as off-limits.

What they’re saying: “You have acknowledged speaking directly with the former President while the violence was underway on January 6th,” Rep. Bennie Thompson (D-Miss.), the chair of the committee, wrote to McCarthy in a letter.

Other questions Thompson said the committee has for McCarthy revolve around his conversations with Trump and the White House in the aftermath of Jan. 6, including about censure, impeachment, resignation and the 25th Amendment.

What’s next: Thompson said the committee would like to meet with McCarthy on Feb. 3 or 4, or the week of Feb. 7.