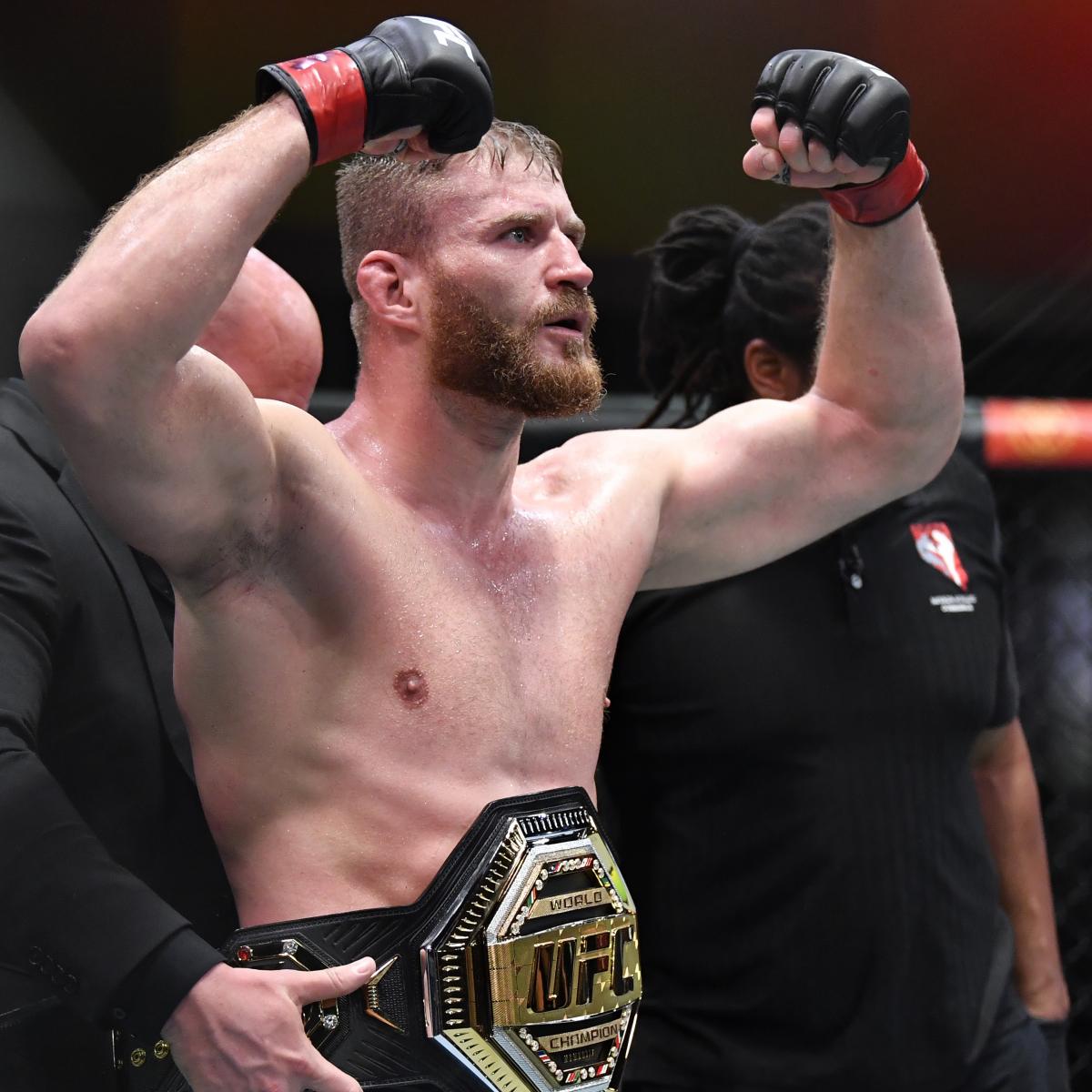 If you had suggested in 2015 or 2016 that Jan Blachowicz and Glover Teixeira would be fighting for the UFC light heavyweight title in 2021, you would have been laughed out of town. Miraculously, however, that’s what will happen in the main event of UFC 267 this Saturday in Abu Dhabi.

Blachowicz, 38, will defend the division’s ultimate prize against Teixeira, 41, in a fight that represents the culmination of two remarkable career resurgences. Despite their ages, the pair have proved they are two of the best light heavyweights in MMA today—maybe even the two best outright—and their imminent clash has drummed up intrigue among fans.

Who comes out on top when the cage door closes? That’s a tough question to answer, but a closer look at their respective games reveals some interesting insights.

Keep scrolling to see how they match up on paper.

We’re talking about a UFC title fight, so both Blachowicz and Teixeira are solid strikers. In 2021, however, Blachowicz has the upper hand in this department.

While Blachowicz only recently discovered his knockout power—or as he calls it, his “Legendary Polish Power”—he’s always been a more polished and versatile striker than Teixeira, likely due to his extensive experience on the Polish Muay Thai scene between 2006 and 2008. In 2021, he’s also markedly faster than Teixeira who, while still undeniably dangerous, often looks he’s fighting underwater.

Make no mistake, even at 41, Teixeira packs enough of a wallop to shut the lights out on Blachowicz, but his waning speed is going to cause him some issues any time this fight is on the feet.

The UFC light heavyweight division has long been the domain of world-class wrestlers like Jon Jones, Daniel Cormier and Randy Couture. Neither Blachowicz nor Teixeira falls into that category, but both have developed solid wrestling skills over the course of their careers. The stats are all the proof of that you need.

Those stats might give you impression that Blachowicz is the superior wrestler—and technically speaking, he might be—but Teixeira has been applying his wrestling more effectively recently. In his last five fights, the Brazilian has completed seven takedowns, while Blachowicz has completed just three—and all of those were in one fight.

It’s hard to say which of these two accomplished light heavyweights is the better wrestler, but Teixeira has looked the part of late. For that reason, he narrowly gets the edge.

Finally, we’ve arrived at a facet of this matchup where one fighter is undeniably superior to the other.

The stats reflect Teixeira’s submission superiority. He attempts an average of one submission per 15 minutes in the cage, whereas Blachowicz attempts just 0.2. While he and Blachowicz are both Brazilian jiu-jitsu black belts, he’s clearly the better man when it comes to snatching necks and limbs. Just ask Thiago Santos, who he submitted late last year to earn a title shot.

Blachowicz isn’t the fastest guy in the world, but against Teixeira, who has slowed significantly in the final phase of his career, he might look the part. If Blachowicz wants to win this fight, he needs to use that speed advantage. There is seemingly no reason he can’t land several strikes for every single strike Teixeira lands. That increases his chances of a knockout win, but if he’s able to rack up a significant advantage in terms of strikes landed, it’ll also supercharge his chances of winning a decision.

Typically, fighters seem to get more fragile as they age. That hasn’t been the case for Teixeira, who has looked extremely hard to put away in his last few fights. His durability is impressive, but he shouldn’t gamble on it. If he wants to avoid being knocked senseless—and win the UFC light heavyweight title—he needs keep his defense on point for every moment the fight’s unfolding on the feet.

This fight could end any number of ways, and few of them would be particularly shocking. Blachowicz and Teixeira are both proven finishers who have seemingly gotten more vicious with age. Blachowicz will likely be the faster, more powerful man in the cage, and that’s hard to ignore—particularly given that Teixeira’s recent durability can’t be depended on. He’ll leave the Octagon as the champion, most likely thanks to a knockout. Our money’s on a head kick.