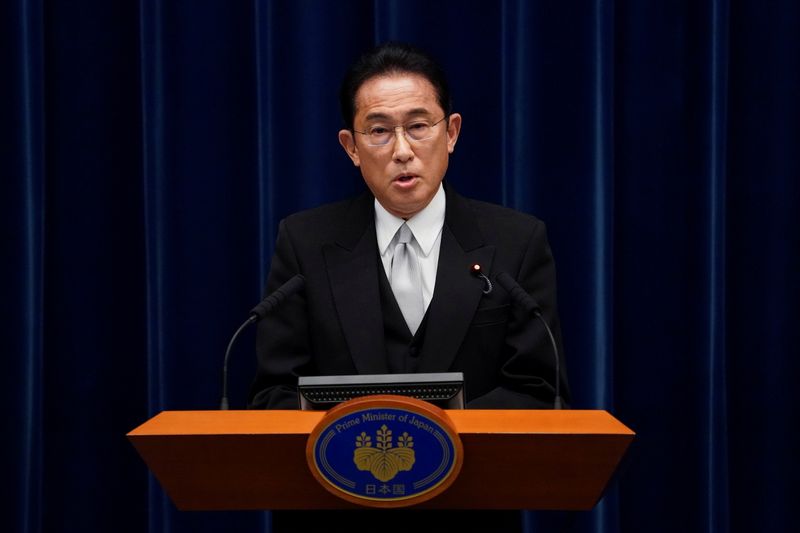 
By Leika Kihara and Daniel Leussink

Kishida, facing opposition questions in parliament for the first time since becoming prime minister, also said a near-term priority would be to put the economy on a solid footing with bold monetary easing, flexible fiscal steps and a growth strategy.

“It’s among options to create a virtuous cycle of growth and redistribution,” Kishida told parliament, when asked by an opposition lawmaker about his earlier idea to raise capital gains tax.

“But there are other things we should do first such as reforming the tax system to achieve wage increases,” Kishida said.

The government would start by overhauling corporate tax to help companies that are keen on raising wages, he said.

“We will now take various steps to redistribute wealth,” Kishida said. “The order in which we take these steps is crucial.”

Kishida, who has made wealth redistribution his key policy agenda, had previously said adjusting taxes on capital gains and dividends would be among the options.

But he walked back that pledge on Sunday, saying he would not change the taxes on investment income for now, a decision some analysts said reflected his concern about jolting stock markets.