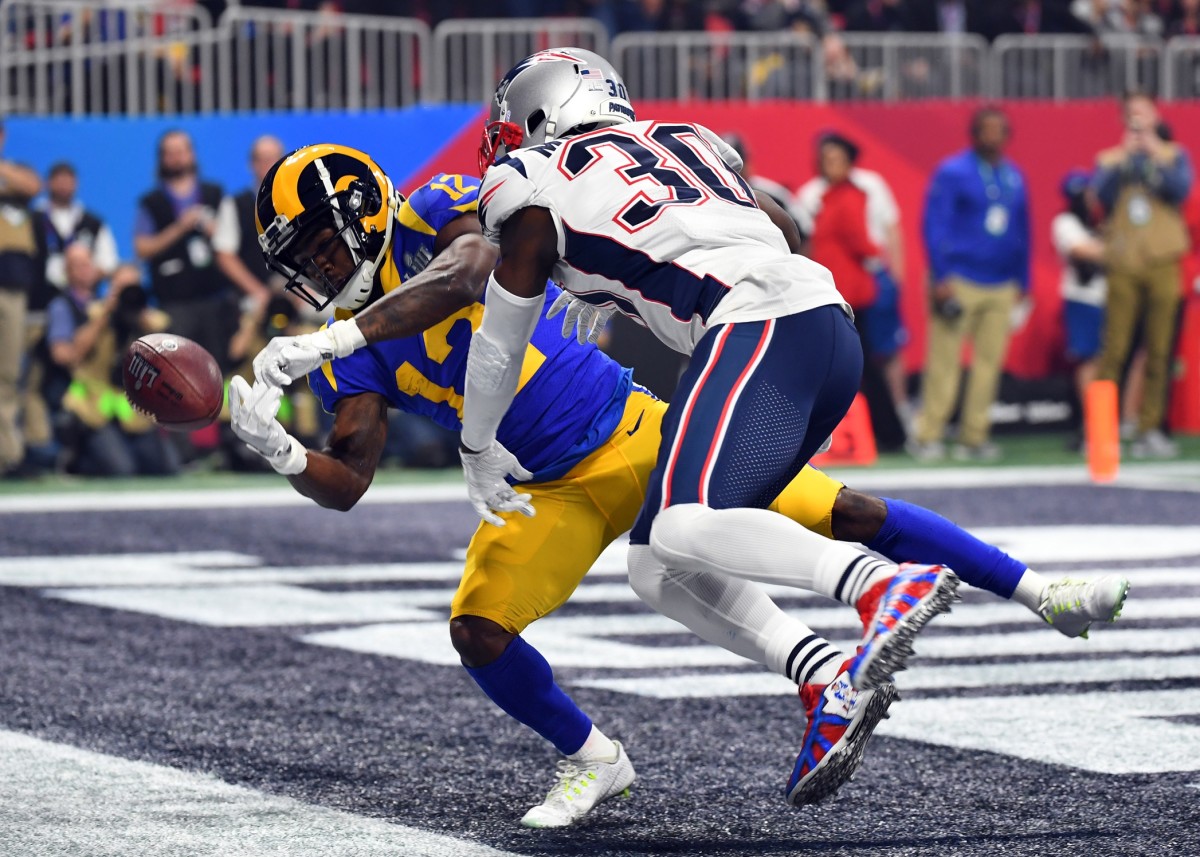 Jason McCourty revealed Friday that he became known as Uncle Mac shortly after he joined the Cleveland Browns in 2017 in his ninth NFL season, and why can’t help but think how long it will before he’s Uncle Mac again in Miami.

After all, McCourty became the oldest player on the roster when he signed with the Dolphins last month and one of three players 30 or older, along with fellow newcomers D.J. Fluker and John Jenkins (who was with Miami in 2019 before coming back this year).

While McCourty certainly has the experience and personality to become a leader on the Dolphins defense, that will happen in time. For now, he’s busy getting himself acquainted with his new team.

“I feel like every situation is different,” McCourty said during a Zoom call Friday. “I had a chance when I left Tennessee to join a roster in Cleveland with Emmanuel Ogbah, and I think he was in his second year at the time, and that roster, they all called me ‘Uncle Mac.’ (laughter) That’s how much older I was than a lot of the guys in the locker room. It just develops over time.

“I think who we are naturally and how teams come together and how guys build chemistry, I think it just happens. And when it happens organically, I think guys gain respect for you. For me, I’m coming in obviously going into my 13th year, so there’s going to be a level of respect that guys are going to have for me just knowing that, ‘Hey, he’s been able to do it for a long time,’ but I think for my part, you don’t walk in the building right away and think that you’re going to start telling a guy what to do.

“I think for me right now, I’m in the process of learning from the guys here, whether it’s a rookie who’s maybe been here for a little while, maybe got to do a little bit more meetings because the rookies are able to be around more. There may be things in this building that they know more than I do. Or how do I get here, where do I go there? So I think part of being a leader is understanding that you don’t always have to be in front. You don’t always have to be the one that speaks up, and I think a very important part of it is when you’re on a young roster is empowering young leaders.”

McCourty joined the Dolphins after spending the past three seasons with New England, which came after eight years with the Tennessee Titans and one with the Browns.

That familiarity played a role in McCourty’s decision to sign with the Dolphins after he also drew interest from the New York Giants.

“I was talking to Flo and obviously I know (defensive coordinator) Josh Boyer and all of those guys throughout the process,” McCourty said. “This just felt like a really good fit for me. I think it came down to obviously some familiarity with those coaches, but then just kind of knowing guys down here, from Eric Rowe to Jamal Perry to Elandon Roberts, Emmanuel Ogbah (in Cleveland). I got a chance to play with a lot of the guys that were on the defense here and there was some familiarity there. I think I’m a good fit here and I’m looking forward to getting to know the guys here and getting to know the system and what it’s like to be a Miami Dolphin and just try to help in that way.”

Along with his experience, McCourty offers the kind of versatility that Flores likes in his players, having lined up at cornerback, safety and slot corner during his career.

Given the make-up on the Dolphins roster, it’s logical to suggest that McCourty might be of more use at safety, where the team has Rowe and recent draft picks Brandon Jones and Jevon Holland.

“Obviously I played for Flo as a coordinator in 2018 in New England, but the Miami defense isn’t exactly the New England defense,” McCourty said. “So for me, rather than focusing on becoming a free safety or cornerback or nickel, it’s how can I learn the entire defense to understand, ‘OK, when the free safety is moving this way, he’s doing that because the corner is now thinking this way and the nickel is going to be moving in that direction.’ I think the more I can understand the totality of the defense and why the moving parts are moving the way they are, the more I’ll be able to learn for myself and be able to play better, and the more I’ll be able to help the guys around me as I understand the defense as a whole.”

Having gone from New England to Miami means not only that McCourty now will be playing for team that used to be a division rival, he’ll also be facing his twin brother Devin twice a year.

“It’s fun,” Jason said. “It’s different. Obviously I walk into the locker room and you see the DeVante Parkers or Jakeem Grants. Those are the guys you’re game-planning for for the past three years twice a year, so it’s different. Now you’re getting into the locker room. But I think the thing is in our league, you’re used to it. Every year, the only thing that’s constant in the league is change. Every year you see guys coming and guys going, and for me, it’s just trying to get in and know the guys. You play against them, you know them from their jersey number and what they look like on film, but then you walk in the locker room and you see a guy and you’re like, ‘He kind of looks familiar.’ Then we go out there with the jerseys on, and you’re like ‘Oh, that’s Allen Hurns,’ or whoever the case be; because now you’re getting to put the numbers in the game with the face. It’s definitely different.

“Dev is already talking trash to me about the Week 1 matchup. I want to come here, I want to have fun and I want to help this team win football games.”

Not surprisingly, Jason was asked whether early bets have been made between he and his brother for the Week 1 game between the Dolphins and Patriots at Gillette Stadium.

“Nothing too early,” he said, “but I told him the family is already going to be more on my side because who wouldn’t want to come down here and visit rather then going up to the snow where he’s at and visiting.”