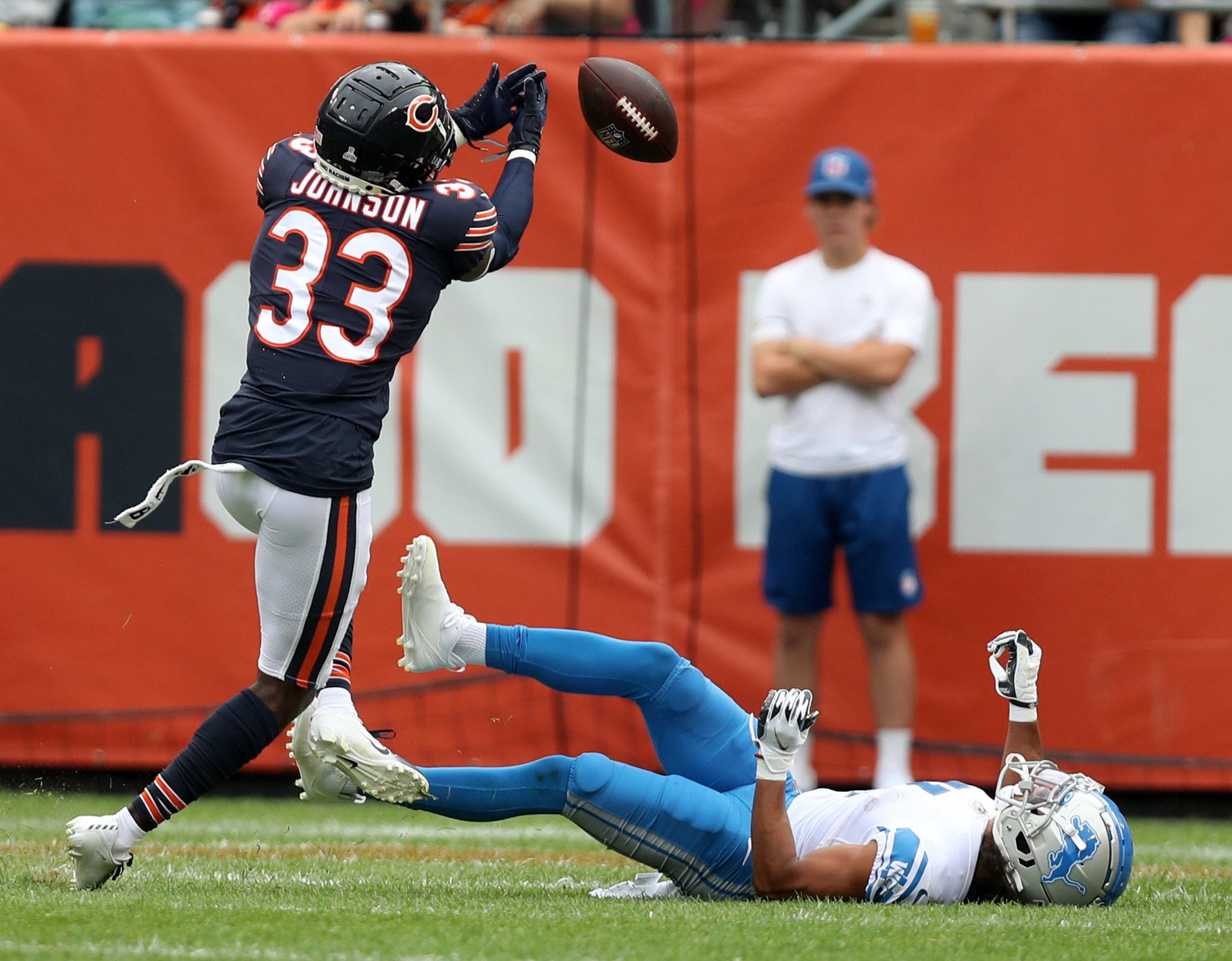 In the days leading up to the 2020 NFL draft, Jaylon Johnson made a wish. Asked during an NFL Network interview which receiver he was most looking forward to facing in the pros, Johnson didn’t hesitate.

“Davante Adams from Green Bay,” he said. “Yes, sir. It’s just the way he creates separation. His releases off the line. The way he runs his routes. He’s a very elite route runner.

“To go against that caliber of a guy to see how good I am and to see how close I can stay to him and be able to make plays will be big.”

A few nights later, the football gods steered Johnson to the Chicago Bears as the No. 50 pick. Into the NFC North and onto a collision course with Adams. Fate, right?

Now, a year and a half after that eager request, the Johnson versus Adams battle will be in the center of a rivalry showdown Sunday afternoon at Soldier Field, an early-season Bears-Packers game with first place in the NFC North on the line.

Johnson, who tested himself against Adams in Week 12 last season, has come a long way since his rookie year. He continues to gain respect with his coverage ability and overall fearlessness. Still, his regard for Adams remains as high as ever.

“He has good releases, good routes, good hands,” Johnson said Wednesday. “Just one of the top receivers in the league. It’s really about finding the technique to be able to play against him. Because everybody is trying to play the same way against him and everybody has the same result.”

The Cincinnati Bengals certainly didn’t have answers. In the Packers’ 25-22 overtime win Sunday, Adams turned 16 targets into 11 catches, 206 yards and a touchdown. Before the game, Adams said he told his wife and at least one cousin he was about to have a career day. After the win, he felt satisfied with that projection.

“Either I’m clairvoyant,” Adams said, “or I know what I’m talking about.”

During the Packers’ four-game winning streak, Adams is averaging nine receptions and 131 yards. He’s the NFL leader in both catches (42) and receiving yards (579) and is on pace to threaten Calvin Johnson’s single-season NFL record for yards (1,964, set in 2012). None of that includes the three pass interference penalties he has drawn for 41 yards either.

It’s no wonder the Bears have Adams highlighted on this week’s scouting report, knowing quarterback Aaron Rodgers will be looking for his favorite target at all times.

“At the end of the day, they’re going to force the ball to him regardless of if he’s open or he’s not,” Johnson said. “And of course he does a good job of getting open, of giving Rodgers a good window to get the ball to him.”

Adams can be particularly dangerous near the goal line. Since the start of 2016, he has 60 receiving touchdowns in the regular season, 47 coming on passes from inside the red zone. Nineteen have come from inside the 5, including a score Sunday on which Adams ran a basic fade route with a one-on-one opportunity against Bengals cornerback Trae Waynes and won easily.

That was part of a career day and gratifying for Adams no doubt. Still, he wasn’t fully satisfied with his connection with Rodgers.

“We left a couple of (plays) out there,” he said. “But obviously we had a pretty productive day, clicking with each other.

Bears coach Matt Nagy knows the Rodgers-Adams synergy is impossible to account for, noting that the All-Pro quarterback and receiver have “a sixth sense” that allows them to be in sync at almost all times.

“When you have that and (even when) teams know that you have that, it’s still tough to stop,” Nagy said. “Because they’re both elite at what they do.”

Johnson, though, is striving to make his own climb toward star status. Like Adams, he was a second-round pick with obvious hunger to reach his full potential. He has been locked in this season, becoming more devoted to his film studies and making extra effort to take care of his body.

During Bears training camp, safety Tashaun Gipson forecast that Johnson was on the verge of becoming a top-five cornerback in the league. After five games, Gipson is doubling down on that endorsement.

“I said that with conviction because I meant it,” Gipson said. “I watch him. (He’s a) humble young guy. And I’ve seen it.

“When some of my buddies who play for the Dolphins came here (for crossover practices in August), I told them, ‘(No.) 33 is gonna be a star in this league. When y’all see him practice, he’s the real deal.’ And everything I said has come to fruition.”

Gipson continues to assert that Johnson’s developmental leap from Year 1 to Year 2 reminds him of a former teammate from his days with the Jacksonville Jaguars: Jalen Ramsey. “He’s making those types of jumps, man,” Gipson said.

Johnson, of course, will face a series of major tests throughout the season, starting Sunday with Adams. It will be up to him to show he deserves recognition as a top-tier corner.

Three weeks ago the Bears trusted Johnson enough to have him follow Cleveland Browns receiver Odell Beckham Jr. all over the field. Beckham finished that game with five receptions for 77 yards. It remains to be seen whether Johnson will be given similar responsibilities against Adams. But he’s asking for the green light.

“I want to follow the best receiver every game,” Johnson said. “Of course I’m looking forward to the matchup.”

How could he not be? It’s exactly what he wished for before his NFL career began.