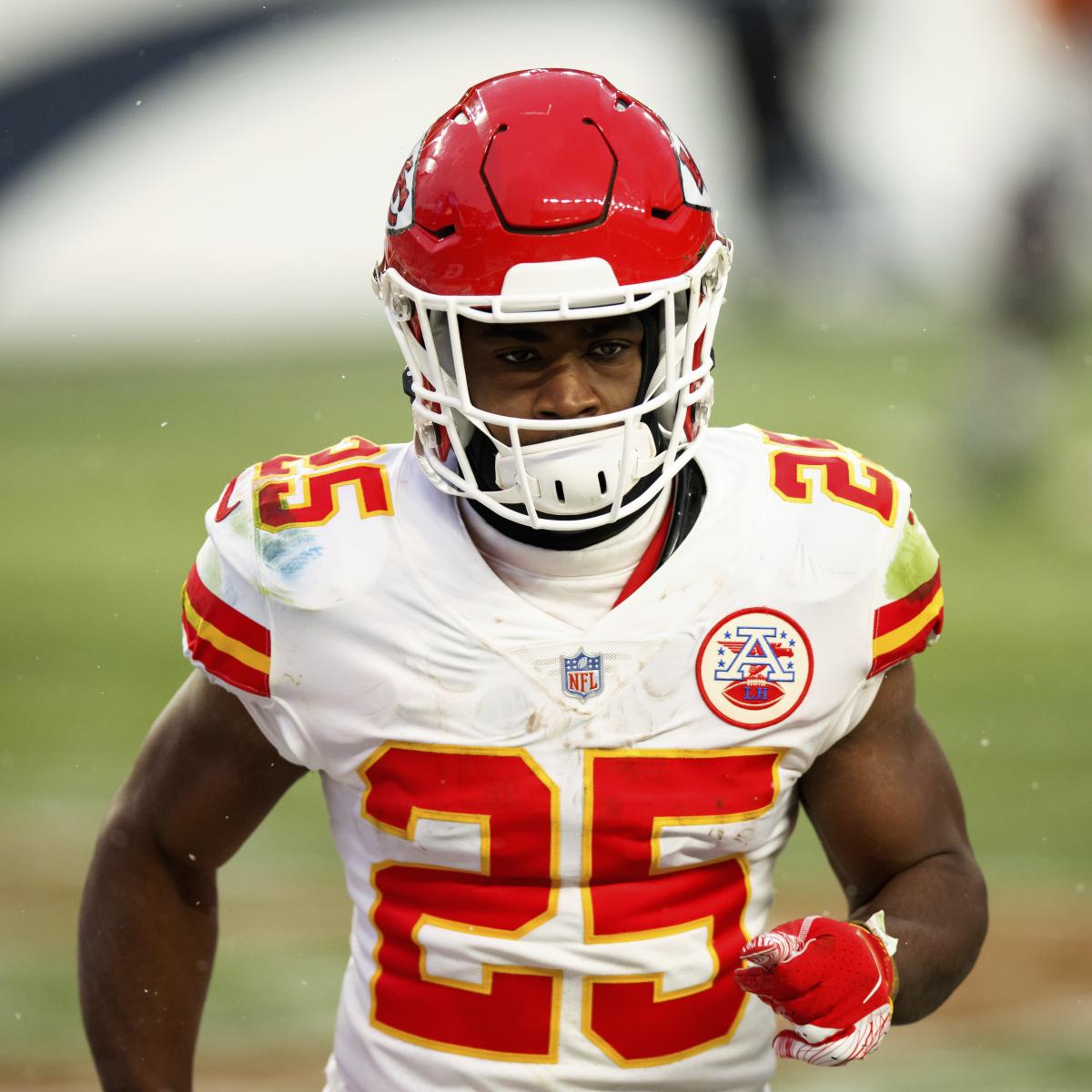 The Kansas City Chiefs’ backfield is facing uncertainty after Clyde Edwards-Helaire was ruled out for the remainder of Sunday night’s game against the Buffalo Bills with a knee injury.

The 22-year-old has been in the lead role since last season after former Chiefs running back Damien Williams opted out of the season due to the coronavirus pandemic. KC will likely lean heavily on a committee approach to fill the void left behind by Edwards-Helaire this year, with Darrel Williams and Jerick McKinnon getting the first crack at more expansive playing time.

It won’t be the easiest situation to navigate from a fantasy football perspective if the LSU product ends up missing an extended period because the Chiefs may ride the hot hand. In turn, it could be difficult to project which rusher will receive the most touches from week to week.

Williams has played a limited role since Kansas City signed him as an undrafted free agent out of LSU in 2018. He recorded 354 rushing yards on just 93 carries (3.8 YPC) with four touchdowns in 34 appearances across his first three seasons.

While he’s likely to attract a lot of fantasy interest, especially if Edwards-Helaire is ruled out for a while, expectations must be kept within reason.

The 26-year-old has never handled more than 13 carries in an NFL game, which makes it unlikely the Chiefs are going to suddenly count on him to perform in an every-down role where he’d be expected to handle 25-plus touches a week. It’ll be more of a timeshare situation.

That said, he’s likely to occupy the top spot on the running back depth chart for an explosive offense that gets into the red zone consistently. So even if he’s not running for over 100 yards every time out, he should have ample opportunities to score touchdowns, which are fantasy gold.

So Williams should absolutely be a high waiver claim in leagues where he’s available, but it’s probably best to view him as a No. 2 RB or flex option until the roles become clear.

Injuries derailed McKinnon’s career, most notably forcing him to miss the entire 2018 and 2019 seasons, but he returned to play all 16 games for the San Francisco 49ers in 2020.

The 29-year-old has been a valuable dual-threat weapon when healthy throughout his career. He entered the 2021 season with 3,474 yards from scrimmage and 18 total touchdowns in 74 career games. His ability to fill multiple roles bodes well for his chances of carving out a niche in KC.

Like Williams, it’s hard to imagine a scenario in which he’s suddenly the unquestioned No. 1 rusher for the Chiefs and getting over 20 touches a game, even if there are multiple injuries. But even in a more limited capacity he carries some intrigue thanks to his big-play ability.

McKinnon is worth a waiver-wire flier while waiting to see his level of involvement, and he could become a flex starter, especially in PPR leagues, under the right circumstances.