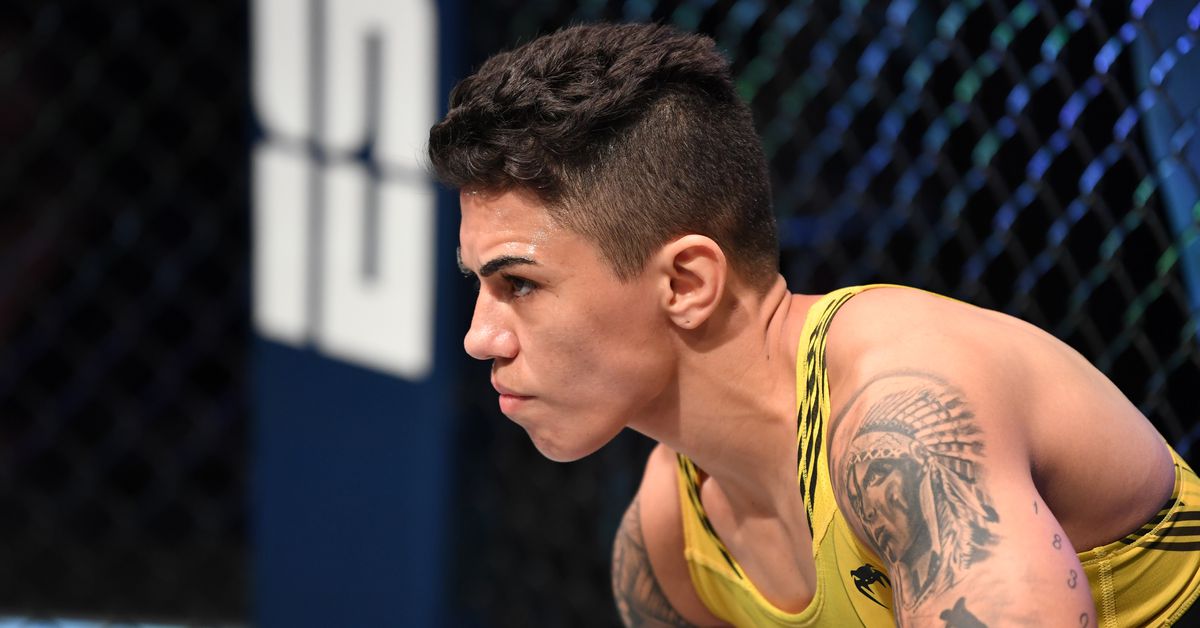 A pivotal women’s flyweight matchup has been added to the UFC’s September pay-per-view event.

Multiple people with knowledge of the promotion’s plans confirmed to MMA Fighting that a fight between former champion Jessica Andrade and Cynthia Calvillo has been added to the UFC 266 fight card. The event takes place Sept. 25 at a venue and location yet to be announced. ESPN Deportes was first to report the booking.

Andrade, a former UFC strawweight titleholder, will make her third straight flyweight appearance. After stopping Katlyn Chookagian in October, Andrade went on to challenge Valentina Shevchenko for the 125-pound title at UFC 261 in April and was defeated via second-round TKO. The 29-year-old looks to get back on track after dropping three of her last four.

Calvillo will also look to get back to her winning ways after dropping a unanimous decision to Chookagian in her most recent appearance at November’s UFC 255 event. After moving up from 115 pounds, Calvillo headlined UFC on ESPN 10 in June 2020 and defeated Jessica Eye.

UFC 266 is scheduled to be headlined by a light heavyweight title fight between Jan Blachowicz and Glover Teixeira.