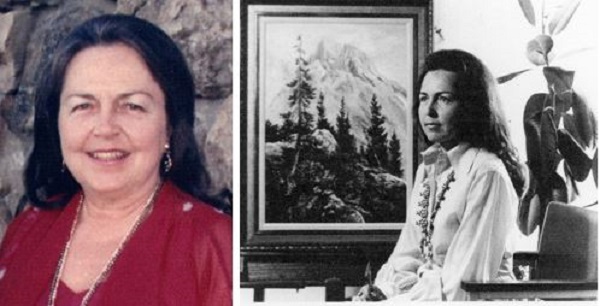 JACKSON HOLE, WY, October 12, 2021 /24-7PressRelease/ — Joanne Bette Hennes has been included in Marquis Who’s Who. As in all Marquis Who’s Who biographical volumes, individuals profiled are selected on the basis of current reference value. Factors such as position, noteworthy accomplishments, visibility, and prominence in a field are all taken into account during the selection process.

Ms. Hennes has found success as the owner of Hennes Gallery in Jackson, Wyoming since 1965. The aforementioned art gallery proudly exhibits oil paintings, watercolors, lithographs and giclée’s on canvas. Ms. Hennes dedicated her formative years to working with scene and stage design in theater.

Ms. Hennes was inspired to become a painter by witnessing a sunrise at the Matterhorn. Her most notable achievement was being selected as the only female artist at a show in 1969 for the unveiling of a new wing of the Buffalo Bill Historical Center in Cody, Wyoming.

In 1969 she also illustrated a book of poetic descriptions of Grand Teton National Park by Vance Carruth called, “Teton Sketches of Summer.” For Yellowstone Park’s Bicentennial, she was commissioned by Yellowstone Printing Co. to do a series of six oil paintings. In 1979 her painting, “Granite Giants” was chosen for the permanent art collection of Grand Teton National Park at Moose Visitor Center. When the movie “Mountain Men” was filmed in the Tetons, Ms. Hennes was signed on as an extra. During the time between filming, she got to sketch the Indian Village with Charlton Heston, who also paints, sketching by her side.

Notably, Ms. Hennes created a painting for Princess Grace. When Joanne and her husband, Wayne, were hiking along Leigh Lake they met President Bush Sr. fishing. As a result she painted an oil painting of the scene for him. Her largest painting was done in Hawaii and was 8 feet high by 12 feet wide, depicting the Puuwaawaa Ranch. Moreover, Ms. Hennes has painted all over the world, including in New Zealand, Thailand, Egypt, Europe, the Middle East and Turkey.

In addition to her love of art, Ms. Hennes also loves music, and sang with the Wyoming State Choir at Lincoln Center in New York when they did Carmina Burana in 1978. In 2003, she sang with the Idaho Falls Opera in Madama Butterfly. Many of the art shows she has at her gallery include visiting musicians and excerpts from opera and show tunes.