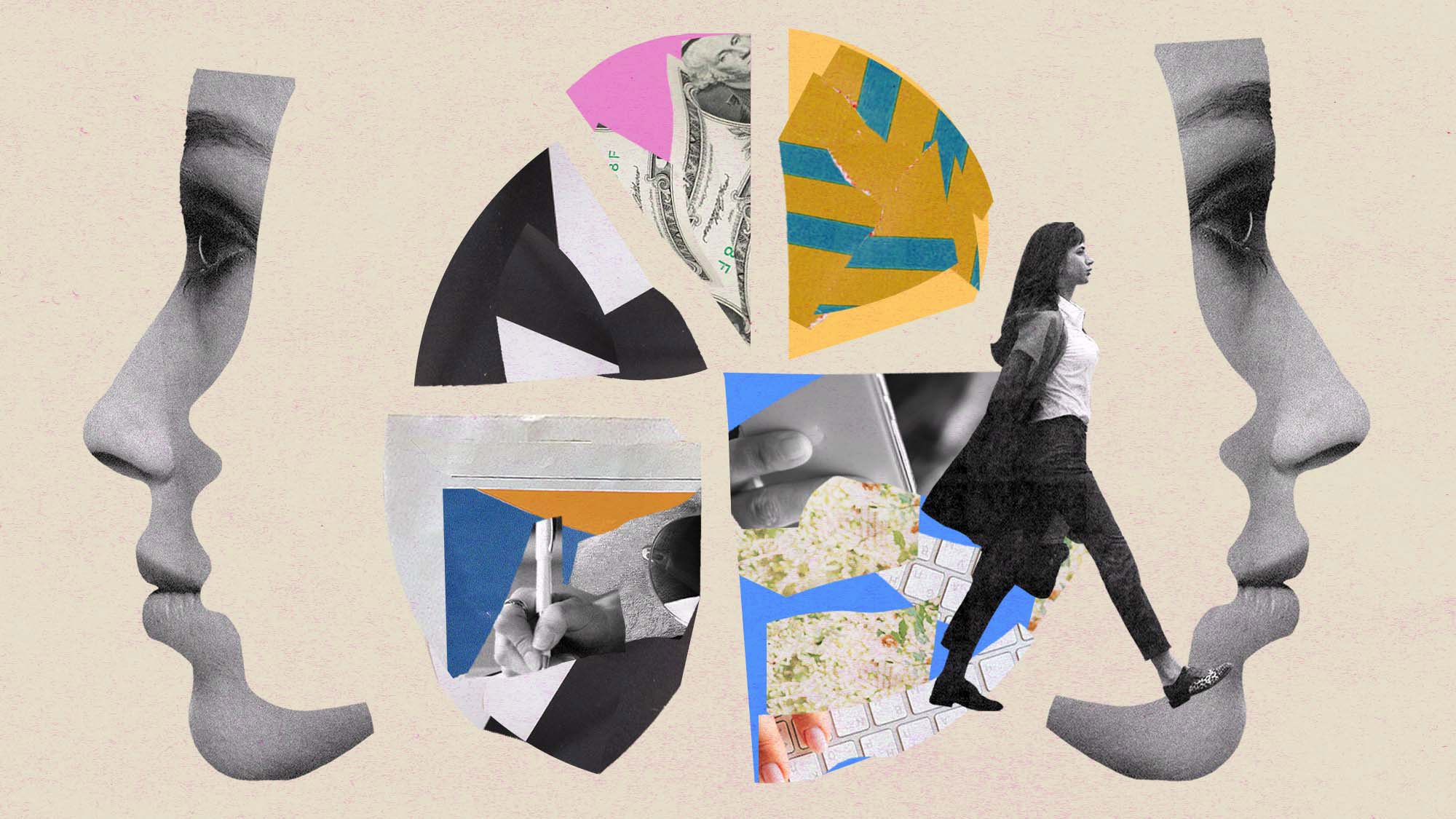 Online gig work has grown increasingly common in recent years — and yet there’s still limited understanding of how to effectively support these non-traditional workers. While gig workers can benefit from greater flexibility and autonomy than traditional employees, they also face unique challenges: less job security, fewer resources for career development, and often, a strong sense of alienation and difficulty finding meaning in their work. The authors conducted a study with more than 300 digital gig workers in which they found that job crafting at both the personal and group levels can help workers cultivate resilience in the face of these challenges. Given these findings, the authors recommend that gig workers work to craft their jobs individually, but that they also proactively engage with communities that can help them develop skills, identify new opportunities, and feel more connected. They also suggest that crowd work platforms themselves take steps to foster a sense of community among their workers in order to support their job crafting efforts, and ultimately ensure a more-resilient workforce.

By 2023, the global gig economy — that is, short-term, project-based work, including both online white collar work on platforms such as 99designs and offline service work on platforms such as Uber — is expected to be a $455 billion industry. Eleven percent of workers in the EU have participated in the gig economy, while as many as 1 in 3 working Americans rely on freelancing for all or part of their income, with 2 million new workers joining the U.S. freelance workforce in 2020 alone.

Clearly, gig work is here to stay. But while these workers account for a significant (and growing) segment of the global economy, many organizations still have a limited understanding of how to support them effectively. For many white collar professionals in particular, online gig work offers greater flexibility and autonomy than a traditional, nine-to-five job, but it also comes with unique challenges, such as less job security and fewer formal resources for career development. In addition, in contrast to full-time work in which employees generally work with a set team, gig workers often work in isolation or with frequently changing clientele, leading many to feel a strong sense of alienation. The nature of freelance projects can also make it harder for workers to find meaning in their work, since they are often assigned to isolated microtasks and thus don’t have the opportunity to see the finished product.

These challenges can make gig work extremely demotivating — but recent research suggests that a rewarding career in online gig work is still possible. My colleagues and I conducted a series of in-depth surveys focusing on digital gig work with more than 300 gig workers from the crowdsourcing platform MTurk to explore strategies that can help these workers cultivate resilience in the face of constant change and uncertainty.

To measure participants’ capacity to rebound from adversity, hardships, or even positive but unexpected changes, we asked questions such as how likely they thought they were to overcome obstacles and achieve their goals, as well as how sustainable they thought their careers in the gig economy were. Prior research has shown that job crafting (proactively redefining your job to better reflect your strengths and interests) can help traditional employees find meaning in their work, and so we were interested in understanding how these strategies could be applied to gig work.

Controlling for workers’ general wellbeing and commitment to their careers, we found that gig workers who proactively looked for new approaches to their tasks, processes, or workspaces reported greater levels of resilience one year after the first survey interview. We identified two distinct forms of job crafting relevant for gig workers: individual and group-based crafting. Although gig work might look like a solo operation, gig workers can in fact benefit greatly from a community in which they learn from one another, feel a sense of belonging, and learn about career opportunities. Based on our research, we’ve compiled several strategies to help both gig workers and platforms boost resilience through job crafting:

On an individual level, our surveys highlighted the impact of aligning gig work with workers’ unique strengths and passions. An advantage of gig work is that workers enjoy a high degree of autonomy in terms of when and where they work, as well as what they work on. By proactively examining what kinds of work they find most meaningful or interesting, actively seeking out opportunities that match those preferences, and developing the skills necessary to succeed in those areas, workers can leverage the freedom and autonomy that gig work offers to craft a job that works best for them.

As one participant in our study wrote, “[gig work] is a great way to gain exposure to different kinds of projects and businesses.” Another participant also appreciated the chance to gain experience with a variety of skills and tools, explaining: “I enjoy learning to use different tools to complete work more efficiently. It makes me feel like I am developing skills.”

Of course, part of what makes it more difficult to maintain resilience as a gig worker is the lack of built-in support structures, resources, and role models to help workers job craft on their own. In traditional work settings, the interdependence between employees naturally fosters collaborative job crafting, and those initiatives are often further bolstered by formalized HR support. But in the gig economy, workers have to proactively find (or build) their own communities to help them job craft.

So, what does this look like in practice? Some crowd-working platforms have built forums for their workers to connect and support one another, while in other cases, gig workers have self-organized initiatives to help them both share knowledge and pursue improved working conditions. Either way, collaborative job crafting enables workers to work together to shape work practices, whether that’s by sharing a trick that makes a certain task easier, a strategy for managing multiple simultaneous clients, or even a large-scale effort to push for a safer work environment or higher pay. For example, one participant described how the tools and advice available on a community forum helped them improve their time management skills and thus take on more projects: “With the help I have received from the other workers I can make extra money more effectively,” they explained.

Importantly, participation in these groups is impactful both for those receiving support and for those giving it. As one participant in our study explained, “I think I’ll get better at finding crowd work and my general knowledge as a crowd worker will grow over time. I’ll learn new little things and be more active in the community and be able to help others instead of needing help.” It’s not just about getting free advice — it’s about feeling like you’re part of a community, in which everyone derives meaning from sharing their experiences and helping one another grow.

Platforms Have a Part to Play

While the relationship between platforms and gig workers can sometimes seem fraught, ultimately everyone wins when workers are more motivated and connected. The gig economy cannot exist without gig workers, and so to make these business models viable in the long term, gig workers must be empowered to build collaborative and supportive communities that will foster their resilience. There are a few ways platforms can help:

In some cases, platforms can create opportunities for workers to build connections. This may take the form of meet-up events, social media groups, forums, etc. For example, the popular freelance platform Upwork hosts webinars, expert talks, and other events to help workers network and develop new skills. These events help workers learn to use new tools, incorporate new time management methods into their workflows, and stay up to date on new trends in their fields.

In other cases, a more direct approach is necessary. Especially for platforms where gig workers compete with one another, workers may at first be hesitant to join a community or share advice with their rivals. To address this, platforms can build out features specifically designed to foster collaboration (such as integrated worker forums, or the ability to comment on other workers’ contributions), as well as explicitly incentivizing community-oriented behaviors by offering monetary or non-monetary rewards for experienced workers who use these tools to help others. Of course, it’s also important to note that while providing workers with a space for interaction is a good first step, platforms should also ensure these technical solutions are complemented by the resources (support staff, educational materials, etc.) necessary to make them truly impactful.

A supportive and collaborative job crafting culture is key to ensuring both a resilient gig workforce in the near term, and a healthy gig economy in the long term. In the absence of formal organizational resources, gig workers must take it upon themselves to develop their own communities of support, and pursue a proactive, collaborative approach to job crafting. At the same time, it’s also up to platforms to find new and creative ways to support their workers’ sense of community, and encourage them to work together to craft jobs that are meaningful, motivating, and sustainable.