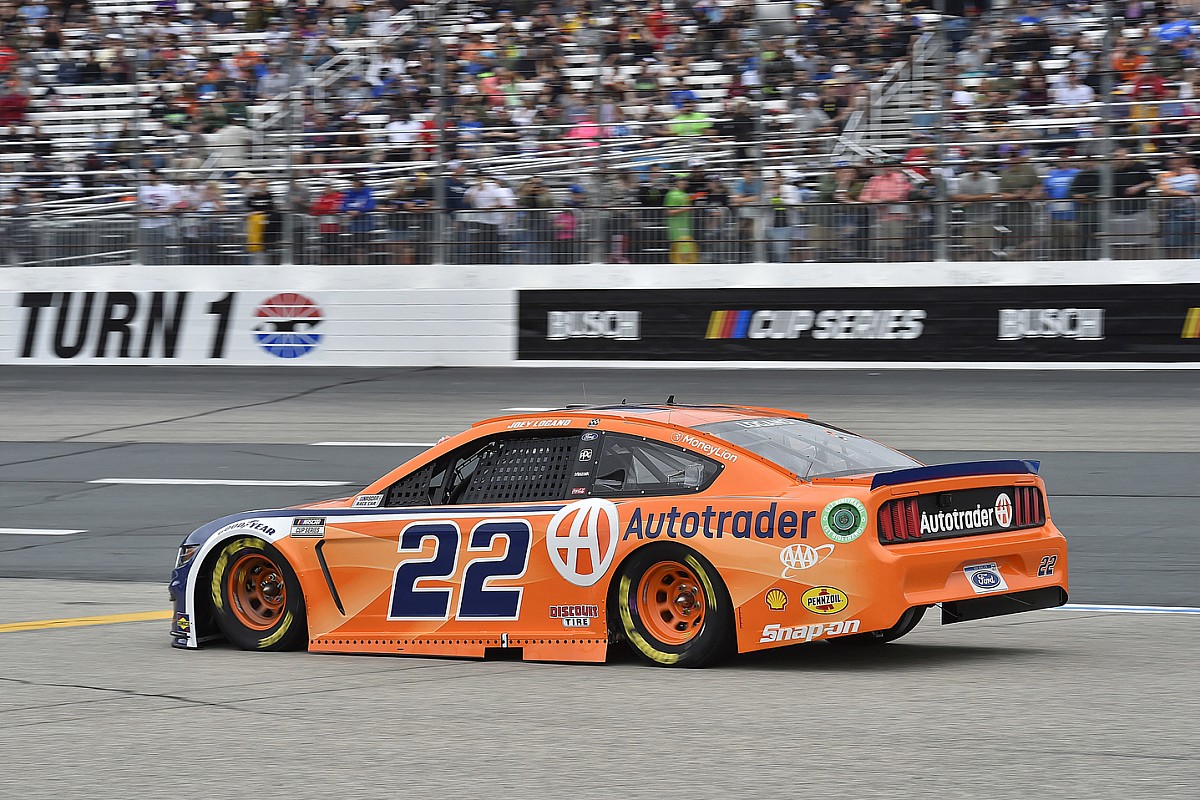 As his Penske teammates Ryan Blaney and Brad Keselowski battled up front for the win, Logano spent much of Sunday’s rain-delayed race recovering from a two-lap penalty assessed by NASCAR.

Rain and a multi-car wreck brought out a caution on Lap 6 followed by a 1-hour, 42-minute delay. When the cars were re-fired but before the red-flag was withdrawn, Logano noticed an issue with his throttle and members of his team lifted his hood and took pictures of the area to try to diagnose the issue.

However, when the red flag was eventually withdrawn, Logano was hit with the 2-lap penalty for his team working on his car under red-flag conditions.

“When you come to your home track all you want to do is win. A straight kick to the gut to start the race with a piece of rubber getting in the linkage, the throttle linkage, and not letting me get wide-open,” Logano said.

“All we did was take a picture under the red flag, underneath the hood to see what was under there. We took a picture with a camera phone and they gave us a two-lap penalty for that.

“I understand the rules are the rules, but it’s also a safety factor and the last thing you want is a throttle to stick and get hurt.”

A caution late in Stage 2 finally allowed Logano to return to the lead lap and he managed to rally for a fourth-place finish when the race was cut short by eight laps due to darkness.

But he believed he was never able to realize his No. 22 Ford’s potential in the race because he spent so much time trying to battle back to the lead lap.

“Hindsight is 20/20, but you would never know what it was if you didn’t take a picture, but it still had the piece of rubber in it. It’s frustrating,” he said. “We got a good finish out of it, but it’s frustrating when you’re at your home track and you feel like you could have got a win out of it, out of a safety issue that we got a penalty for.

“Probably the best car I’ve had all season and when you see other teammates up there battling for the lead at one point you feel like we brought some good stuff. This has been a good track for us.

“Brad has been really good here in the past and I think we all probably learned a lot from him and his style here that’s made us all competitive.”

Asked if the extra eight laps could have improved his finish even more, Logano said, “Maybe. Maybe I could have caught (Keselowski) and got another spot. I was able to catch him quite a bit there.