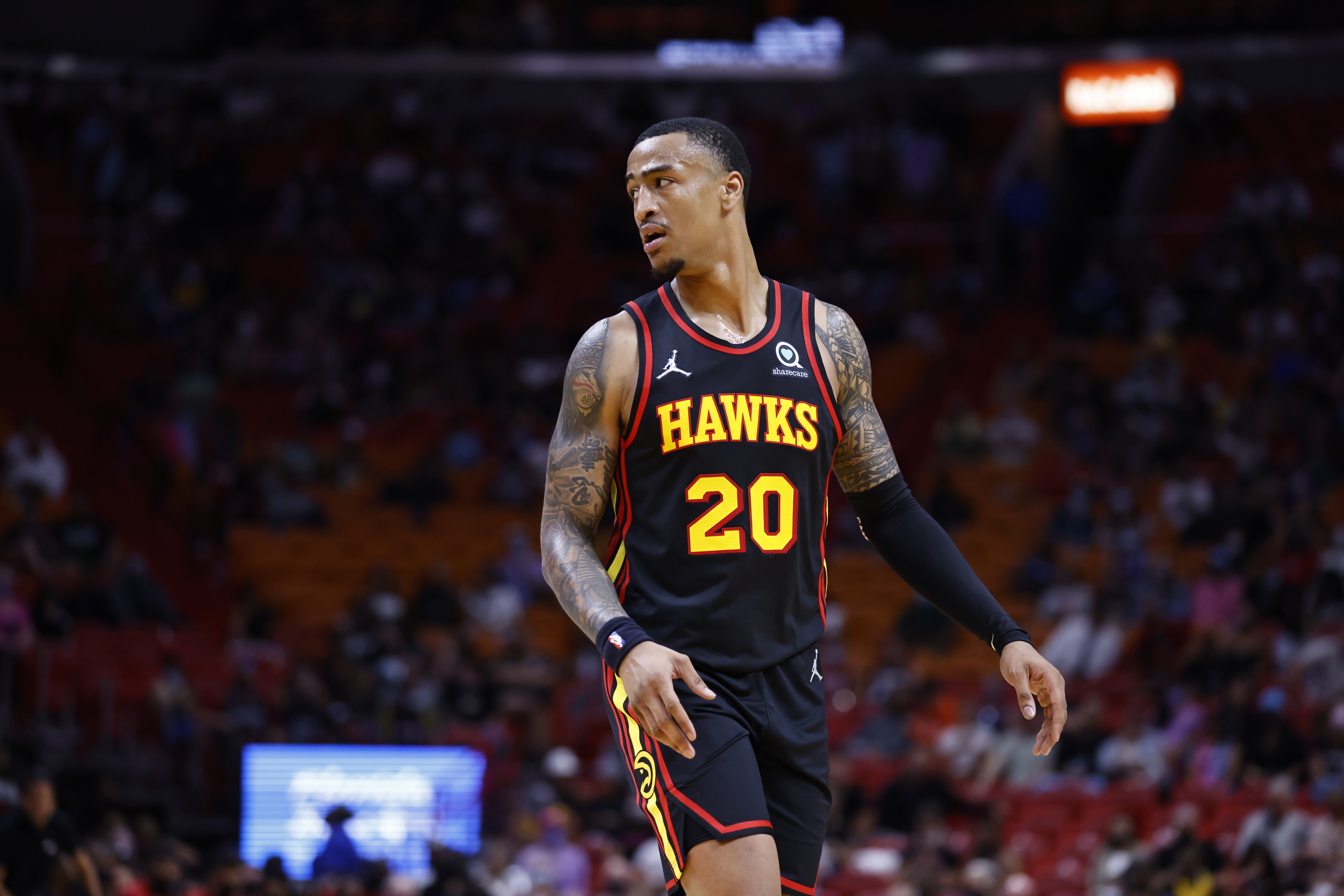 Can the Atlanta Hawks really compete for an NBA title this season? Veteran forward John Collins thinks so.

Atlanta has most of the same roster from the 2020-21 campaign returning this season, and Collins told The Athletic’s Chris Kirschner that he feels the Hawks are “real contenders,” even in a tough Eastern Conference.

“I definitely feel like we can get to the Finals. The East is loaded. Not to say we don’t want to see Kyrie [Irving] play, but it helps us when we don’t have to see a guy like Kyrie on the court,” Collins said. “As a team, for us, staying healthy, adding depth, adding experience and chemistry [this offseason], we’re not going to shorten the expectations for ourselves.

“Our goal is to get to the Finals. Losing is always a failure in our minds. If it’s not a championship, it won’t be good enough.”

Atlanta made a surprising run to the Eastern Conference Finals last season, knocking off the New York Knicks and Philadelphia 76ers before falling to the eventual NBA champion Milwaukee Bucks. So, there’s no reason to believe they can’t do it again in 2022.

Collins, Trae Young, Bogdan Bogdanovic, De’Andre Hunter and Clint Capela will be held to even higher standards during the 2021-22 season.

Collins, in particular, will have higher expectations this year after signing a five-year, $125 million contract during the offseason. He told Kirschner he feels he needs to improve his awareness in certain situations, such as having a quicker reaction time on the pick-and-roll and understanding an opponents’ tendencies, though those things should improve with time.

Even with high expectations, the Hawks face an uphill battle in the East. The Bucks, 76ers, Celtics, Heat, Brooklyn Nets and New York Knicks should make things interesting again, though Atlanta did have the upper hand on Boston and Miami last season.

Regardless, it’s important to point out that Collins has always believed in Atlanta’s abilities. Following a win over the Brooklyn Nets in January, the 24-year-old told reporters the Hawks “are not a joke,” adding he felt they proved they were “real contenders in the East.”

– John Collins doesn’t want to hear that the Hawks can’t contend in the East. pic.twitter.com/cNg3k8oNpF

Even if the Hawks don’t win the title this season, they have a bright future ahead with their confident young duo of Collins and Young intact.