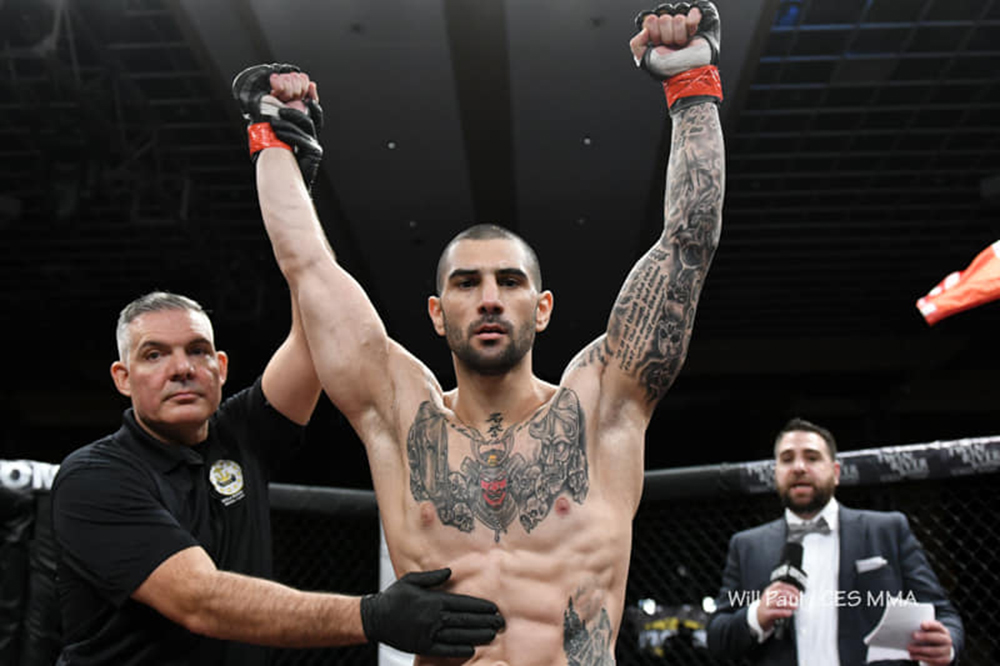 John Gotti III tasted defeat for the first time inside the cage as a professional mixed martial artist when he lost to Nick Alley at CES MMA 61 in October 2020.

Following a canceled April bout, Gotti (5-1) has his next fight scheduled as he’ll take on seasoned veteran Aaron Hedrick (10-10) in a welterweight bout at CES MMA 65. The event takes place Sunday, Nov. 7 at Providence Career and Technical Academy in Providence, R.I. The main card streams on UFC Fight Pass.

Gotti, 28, is the son of the infamous New York mobster of the same name. Since his professional debut in October 2017, Gotti has tried to carve out his own legacy as a pro mixed martial artist.

Prior to the recent aforementioned unanimous decision loss to Alley, Gotti was unblemished as a professional. In his first five pro bouts, Gotti won four inside the distance by strikes and one by unanimous decision.

Hedrick is 40 and has struggled to pick up wins in recent years. In his most recent six outings, he’s 1-5. All five of those defeats occurred inside the distance.