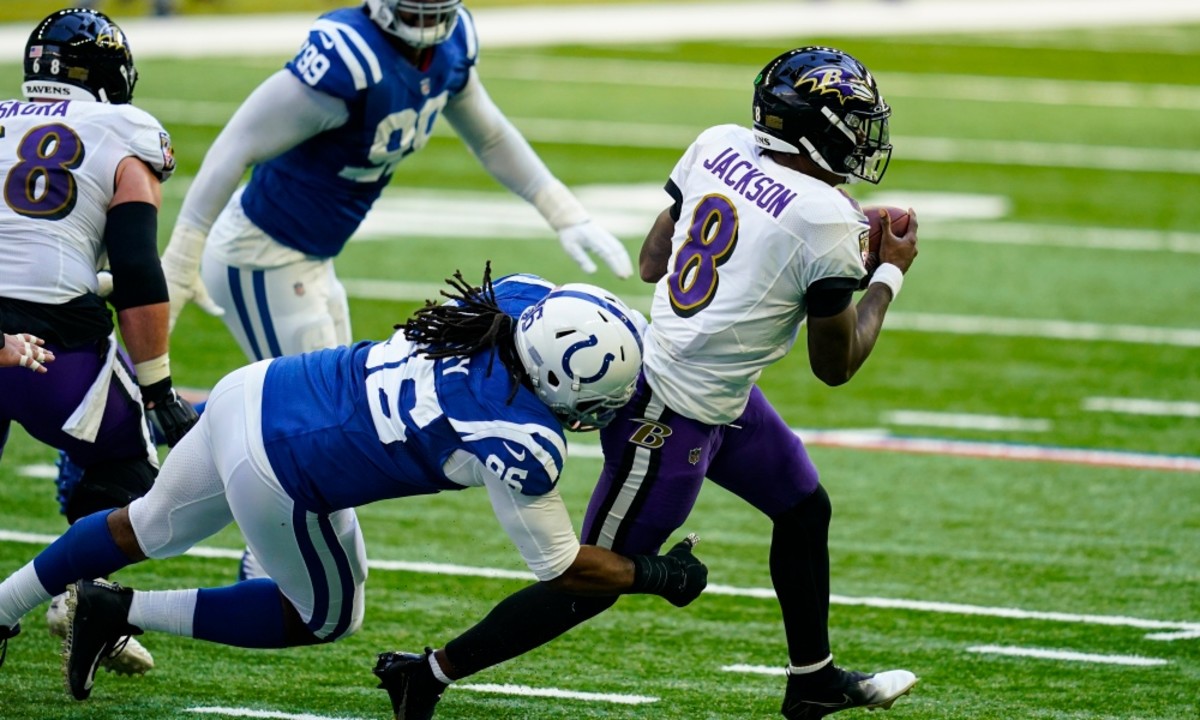 OWINGS MILLS, Md. — Ravens quarterback Lamar Jackson generated more than 500 yards of total offense in a 31-25 overtime victory over the Colts in Week 5.

Jackson has played spectacularly many times over his young career, but that game definitely stood out as one of his best, according to coach John Harbaugh.

“He definitely went to another level in that game,” Harbaugh said. “That level was pretty impressive, I would say. It was awesome to watch, but I’m not surprised. I don’t think any … Probably none of you guys are surprised, either; you’ve been watching him and covering him.

“So, you know sometimes the national media doesn’t see all that stuff, just like all the fans don’t. I do believe our fans … Even when we get behind, our fans are pretty confident that Lamar has a chance to get us back in it. But the next game is the next game.”

Jackson threw for a career-high — and single-game franchise record — 442 yards, surpassing his previous mark of 324 at Miami in 2019. Jackson passed for four touchdowns and zero interceptions, completing 86% of his passes (37 of 43). He became the first player in NFL history to pass for 400 yards while also completing at least 85% of his passes, according to ESPN Stats & Information.

Monday marked Jackson’s fifth-career game with producing at least four passing touchdowns and his first such outing since 2019 when he tallied five against the New York Jets.

“I was really trying to win – that’s all it was,” Jackson said. “The line just gave excellent protection, and I just saw the lane, saw my guys coming open. Those guys were doing a great job at getting open, and I just had to deliver the ball to the playmakers, and they did the rest.”