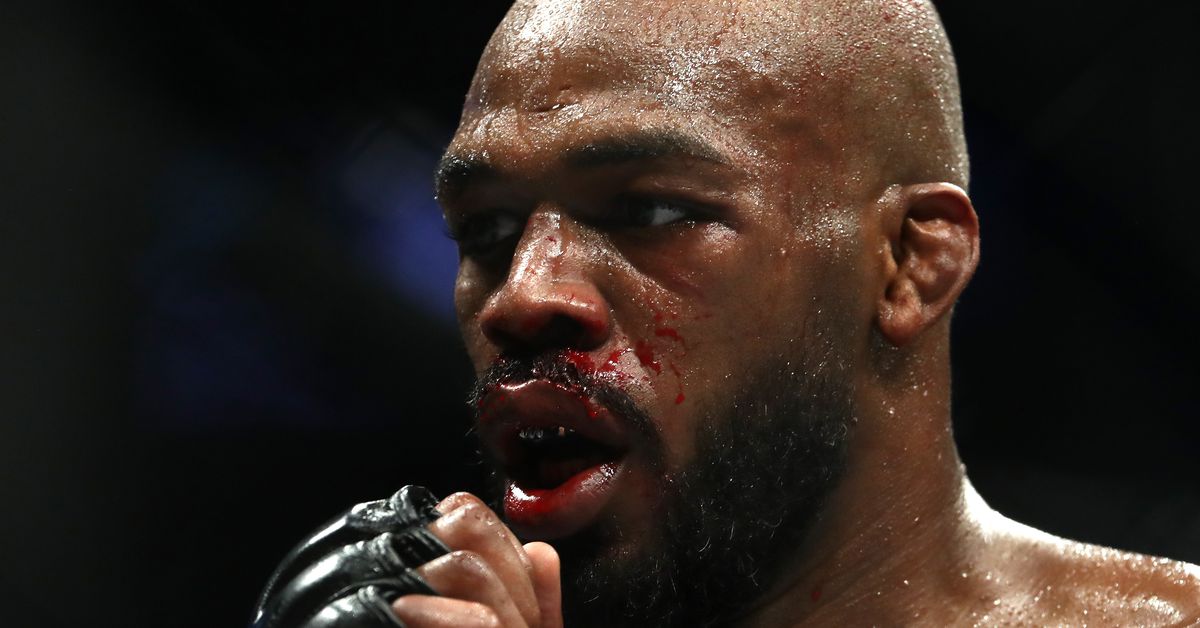 Jon Jones has yet to receive some form of sanction from the UFC following his domestic violence arrest three weeks ago. His home gym at JacksonWink MMA, however, is taking action.

Jones’ longtime coach Mike Winkeljohn went on The MMA Hour on Wednesday to reveal that one of his most prized fighters has been banned from the famed Albuquerque training facility “at the moment.”

I just had a conversation with him, I said, ‘Jon, here’s the deal, man. You’re like my little brother. You have to stop drinking and fix these things for a certain period of time until you can come back to the gym.’

So at the moment, he’s out of the gym. He’s not allowed to come to the gym ‘cause I feel that… I don’t know, I feel I had to do that because ignoring it and expecting different results, as they say, is insanity. He’s got a lot of yes people around him that won’t tell him the truth.

He might hate me for it, but I had to tell him the truth. But in my heart… Gosh, that guy is capable of greatness. And I’m not talking about just fighting. In my heart, I hope he comes back, wins the heavyweight title, stops drinking, goes forward. He goes on to bigger things.

Oh my goodness, he’s capable… He’s so charismatic, he’s so dang smart, and he can sit down, break down fights and he can break down a lot of things in life. He’s capable of doing much bigger things than just this MMA world.

As a father to daughters himself, Winkeljohn was particularly left “very disappointed” when he found out about the involvement of Jones’ daughter in the said case.

The hardest part was when you heard that his daughter had to call the police officer. It’s just tough ‘cause for my standing, it’s… I got three daughters. I have a wife, three daughters, mom… I teach women’s self-defense. It just makes it hard when he keeps getting in trouble.

Jones was charged with misdemeanor battery domestic and a felony for damaging a police vehicle. He is set to appear in court on October 26.