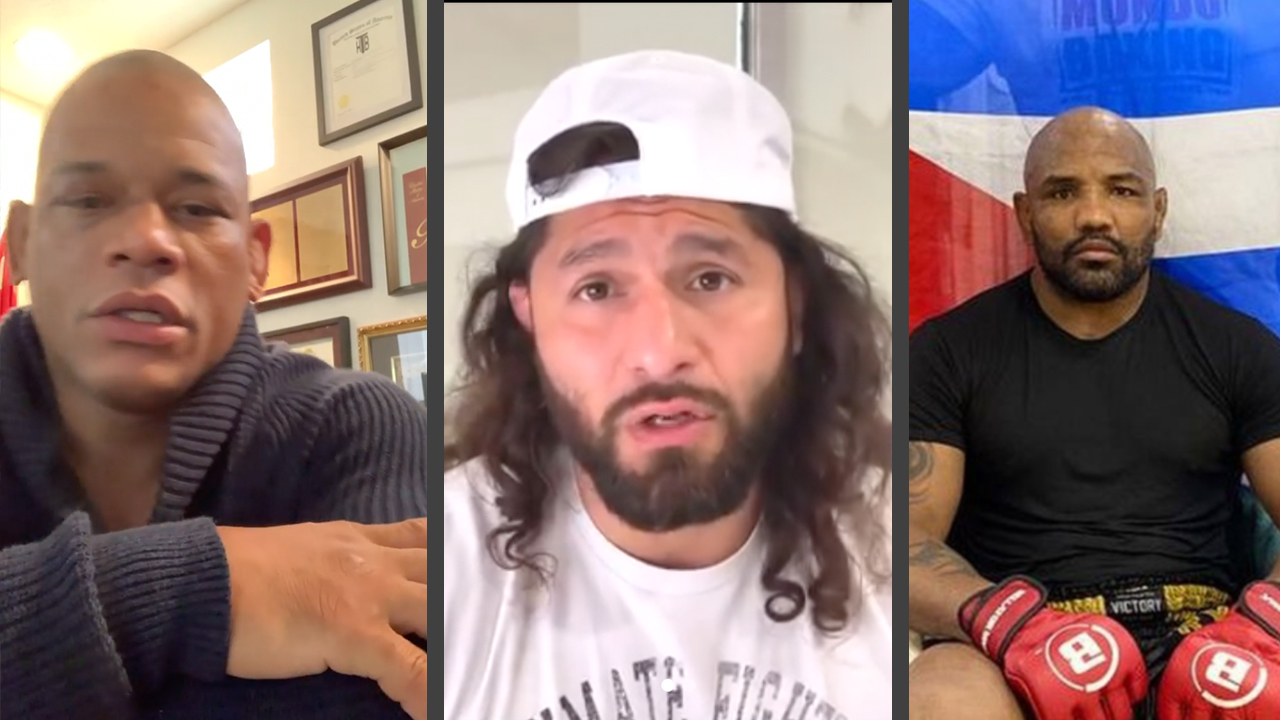 Many Cubans now living in the U.S., as well as Cuban-Americans, have taken to the streets and online to show their support for the unprecedented anti-government protests last week in Cuba.

Among those, several prominent figures in the MMA world have spoken out against Cuba’s communist government. Cuban Olympic medalists Yoel Romero and Hector Lombard, UFC’s Jorge Masvidal, and others have voiced their outrage on the humanitarian crisis growing on the island.

Protests in Cuba began Sunday, July 11, when thousands of people took to the streets in many cities, including the capital Havana, to demand an end of the decades of dictatorship, chanting, ‘Libertad’ (freedom). The discontent with the Cuban government has been brewing for years, but the situation reached an all-time high as conditions have been worsened by the ongoing COVID-19 pandemic. Cubans today face shortages of food, vaccines, and basic necessities.

The last time Cubans took to the streets to protest was in 1994 in an uprising known as Maleconazo, which took place in Havana. The current protest is said to be the biggest anti-government protest in 30 years.

Below is how some of the Cuban and Cuban descent MMA fighters have reacted to the ongoing uprising in their homeland.

“Good afternoon and blessings to everyone. I’m very surprised but pleased seeing all the things going on right now in Cuba. I’ve seen the videos on social media. It’s something that should’ve happened already, but either way thank God is happening now.

“From the ‘Soldier of God,’ I’m telling you this is not just talk. If we need to hop on a plane and give our lives, we’ll do it. Patria y Vida,’ from the Soldier of God.”