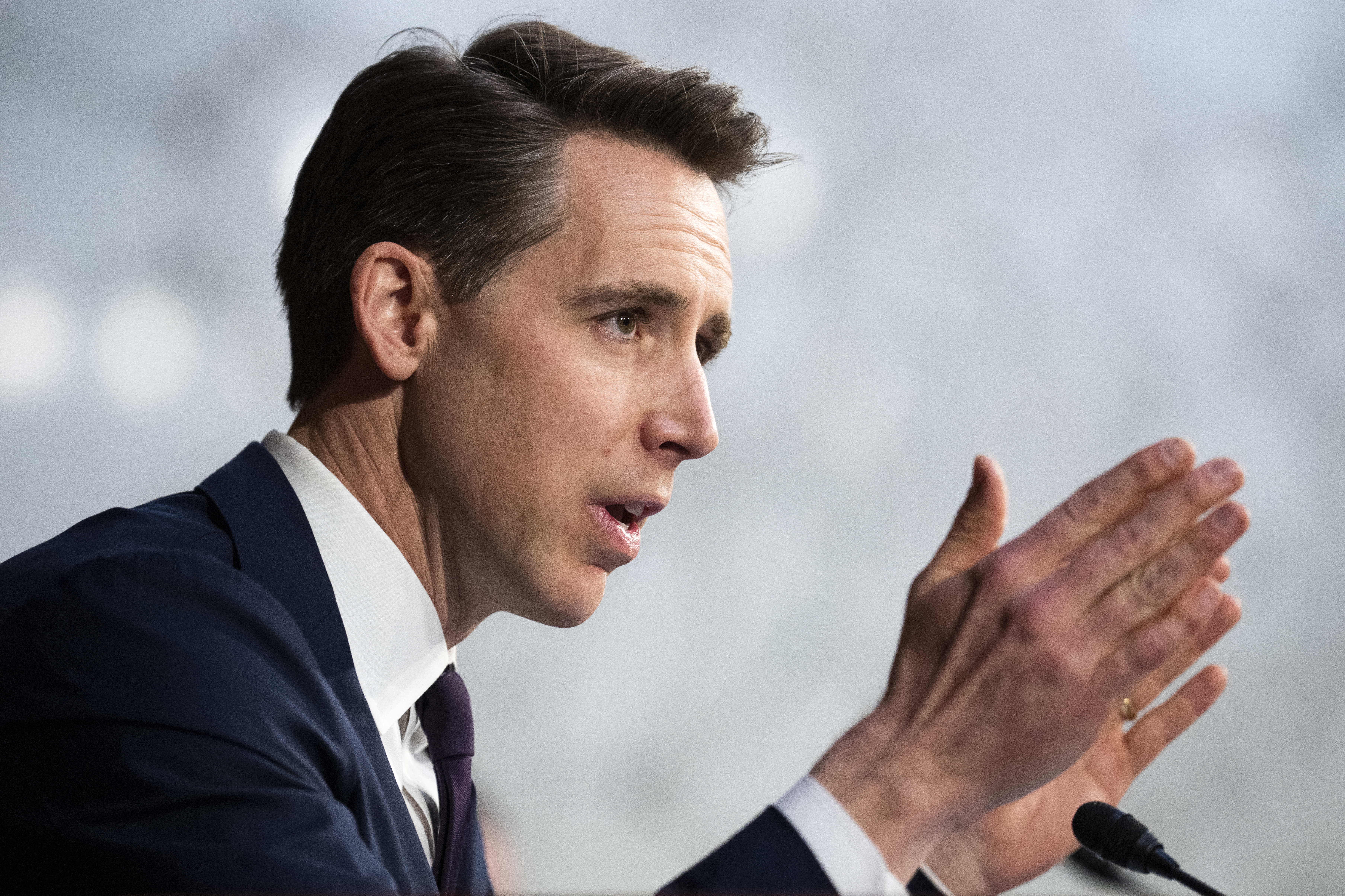 If there’s one term that sums up Republican policy thinking over the past year or so, it’s one-upmanship. At both the state and federal level, GOP elected officials have sought to outdo one another at pursuing their preferred goals on outlawing abortion, cracking down on what they see as “critical race theory” in schools, and removing books on LGBTQ issues from libraries. Some are trying to be the true Scotsmen of American movement conservatism. Others seem to be burnishing their credentials in anticipation of running for higher office.

On Tuesday, Hawley introduced the Copyright Clause Restoration Act, a brief three-page bill that would have serious implications for some corporate-held copyrights if enacted. Under current law, companies like Disney hold their copyrights for created works for 95 years after publication or 120 years after creation, whichever is shorter. Hawley’s bill would chop that period down to a maximum of 54 years for new works. As The Verge’s Sarah Jeong noted when discussing the bill, that number appears to be taken from the Copyright Act of 1909.

Hawley’s proposal is unambiguously designed to target Disney for the company’s political speech and ideological stances. In addition to reducing the copyright period for any future works, the shortened window would apply retroactively to works held by U.S. companies with a market capitalization of more than $150 billion—a condition that, for practical purposes, would only apply to Disney. To underscore the bill’s retributive nature, Hawley’s office announced it by saying it would “strip Disney of special copyright protections.” The bill stands no chance of becoming law under the current Congress and would almost certainly fall to a filibuster even if the GOP retakes both chambers this fall.

I am generally reluctant to write about performative legislation—especially bills drafted by lawmakers that show no seriousness in their drafting and serve no purpose other than self-promotion. Hawley’s bill nonetheless offers a useful window into both his approach to wielding power and his thirst to obtain it.

First and foremost, Hawley’s bill has serious constitutional issues. Congress is free to lengthen or shorten copyright protection to its heart’s content, and there has been plenty of good-faith criticism of the post-1998 protections. Disney, funnily enough, played such a significant role in lobbying for that law’s passage that it became known as the Mickey Mouse Protection Act. But Hawley’s proposal to strip Disney of its existing copyrights retroactively is far more questionable. Multiple legal experts suggested this week that doing so would amount to a “taking” under the Fifth Amendment, which generally requires providing compensation.

Hawley, a lawyer by trade, boasted that his bill would hurt companies that don’t share his hostility toward gay and transgender Americans. “Thanks to special copyright protections from Congress, woke corporations like Disney have earned billions while increasingly pandering to woke activists,” he said in a statement on Tuesday. “It’s time to take away Disney’s special privileges and open up a new era of creativity and innovation.” The bill, if enacted, could instead lead to taxpayers giving a multibillion-dollar payout to Disney for its property losses. Perhaps it would be more accurately called the Mickey Mouse Subsidization Act.

A few years ago, I would have noted at greater length that Hawley’s actions violate more elemental principles of American government: that public powers shouldn’t be wielded for private retribution, that constitutionally protected political advocacy shouldn’t be met with punitive legislation, and that lawmakers should not debase their offices with cheap political stunts. But this is the same Josh Hawley who enthusiastically supported former President Donald Trump’s efforts to overturn the 2020 presidential election. Those lies culminated in a bloody siege of the Capitol on January 6, 2021, that left at least five people dead. It’s hard to expect principled behavior from a public official after that.

Hawley has tried to fashion himself in recent years as some sort of populist figure and a supposed champion of the forgotten American working classes. He even touted his anti-Disney bill as a signal that “the age of Republican handouts to Big Business is over.” The reality of the bill is far less noble or heroic than he makes it sound. Whatever one’s thoughts may be on the 1998 copyright extension law or the current state of corporate intellectual property, vindictively targeting Disney for opposing state-backed homophobia does not actually improve anyone’s life. It would not create a single job or boost a single person’s standard of living—except, perhaps, among the copyright lawyers who would have to fight it out in court.

It’s been a rough few months of unproductive battles for Hawley. His anti-Disney bill comes just over a month after he led a right-wing campaign to smear Ketanji Brown Jackson, President Joe Biden’s nominee to replace Justice Stephen Breyer, as friendly to child sexual predators. Those smears failed to take hold in Congress or the American public. Polls showed that a majority of Americans still supported Jackson’s confirmation after a week of televised attacks by Hawley and his colleagues, and three GOP senators even voted for her confirmation.

If anything, the attacks may have diminished Hawley’s standing compared to other rivals jockeying for leadership in a potential post-Trump landscape. Apparently he turned to the old conservative tactic of trying to transmute the right-wing base’s distaste for gay and transgender Americans into political capital. But if he hoped that this bill would help put him back in the running with more successful culture warriors like DeSantis, he might find himself sorely disappointed.