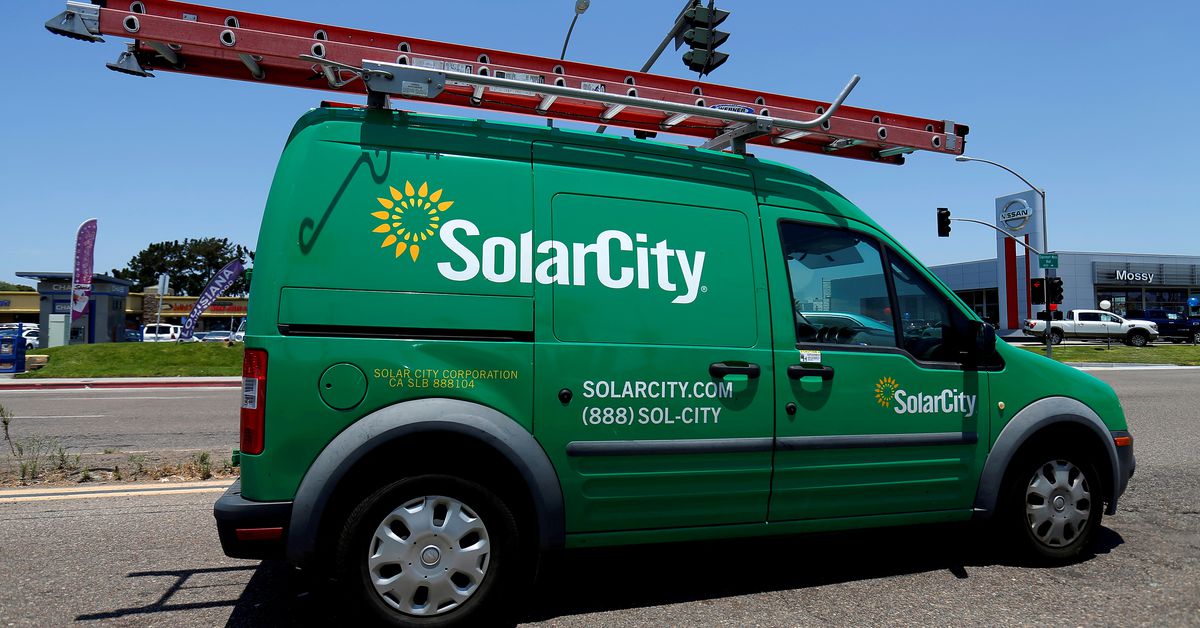 A SolarCity vehicle is seen on the road in San Diego, California. REUTERS/Mike Blake

In an order on Friday, and with the plaintiffs’ consent, Vice Chancellor Joseph Slights III of the Delaware Chancery Court decertified the class action and dismissed direct claims against Musk, while letting shareholders sue the billionaire in his capacity as a Tesla director.

The state’s top court found that allegations that a company overpaid or improperly diluted existing shareholders by completing an acquisition could be brought only derivatively.

Slights said that decision applied to the Tesla case, requiring that it be narrowed. Other Tesla directors also remain defendants.

The judge had in April 2019 granted class certification for claims that Musk breached his fiduciary duty and concealed information about the 2016 acquisition of SolarCity.

Randy Baron of Robbins Geller Rudman & Dowd, one of the Tesla shareholders’ law firms, said in a statement on Monday that the order “has no effect on the derivative case or the potential damages.”

Lawyers for Musk did not respond to requests for comment.

Slights had overseen a two-week trial in July that focused on whether Musk improperly influenced Tesla’s board to approve the purchase of SolarCity and save that company from insolvency.

Musk held roughly 22% stakes in both companies at the time. He has denied the shareholders’ allegations.

Earlier this month, pension funds and asset managers that brought the lawsuit suggested that Musk repay $9.4 billion to Tesla for benefits he allegedly received from the SolarCity deal.

That amount accounted for the subsequent increase in Tesla’s market value, which on Monday surpassed $1 trillion.

Post-trial arguments are scheduled for January. Slights could take months to rule.

The case is In re Tesla Motors, Inc. Stockholder Litigation, Delaware Court of Chancery, No. 12711.

Sierra Jackson reports on legal matters in major mergers and acquisitions, including deal work, litigation and regulatory changes. Reach her at sierra.jackson@thomsonreuters.com