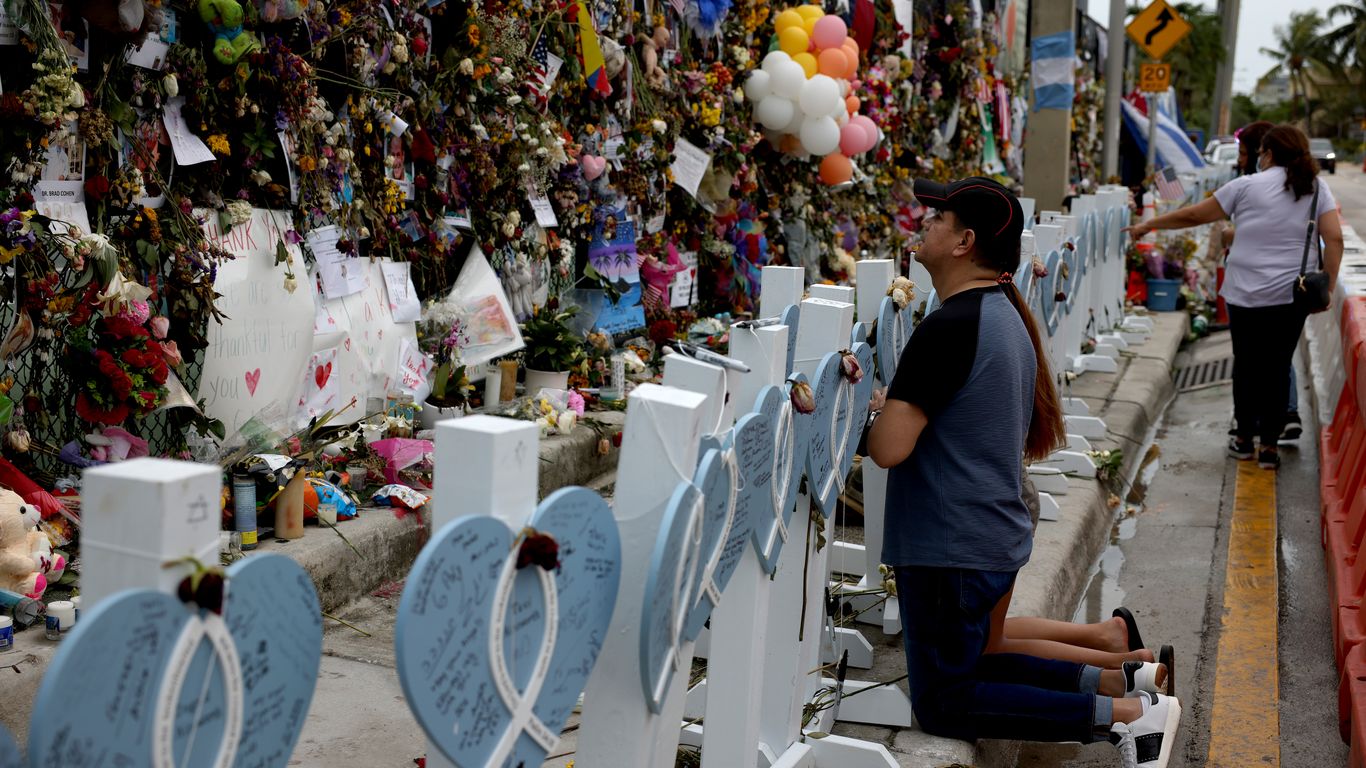 A judge said Wednesday that victims and families who suffered losses in the collapse of the oceanfront condo in Surfside, Florida, are entitled to a minimum of $150 million in initial compensation, AP reports.

Catch up quick: The June 24 collapse killed at least 97 people and led to several lawsuits, per an NBC affiliate. The National Institute of Standards and Technology is leading a federal investigation into the structural failure.

Details: The $150 million covers insurance on the building and the expected proceeds from the sale of the now-collapsed property, Miami-Dade Circuit Judge Michael Hanzman said at a Wednesday hearing. He added that victims include visitors and renters, not just condo owners.

The big picture: It remains unclear what led to the deadly collapse. Condo owners have differing opinions on what to do with the site, according to AP.