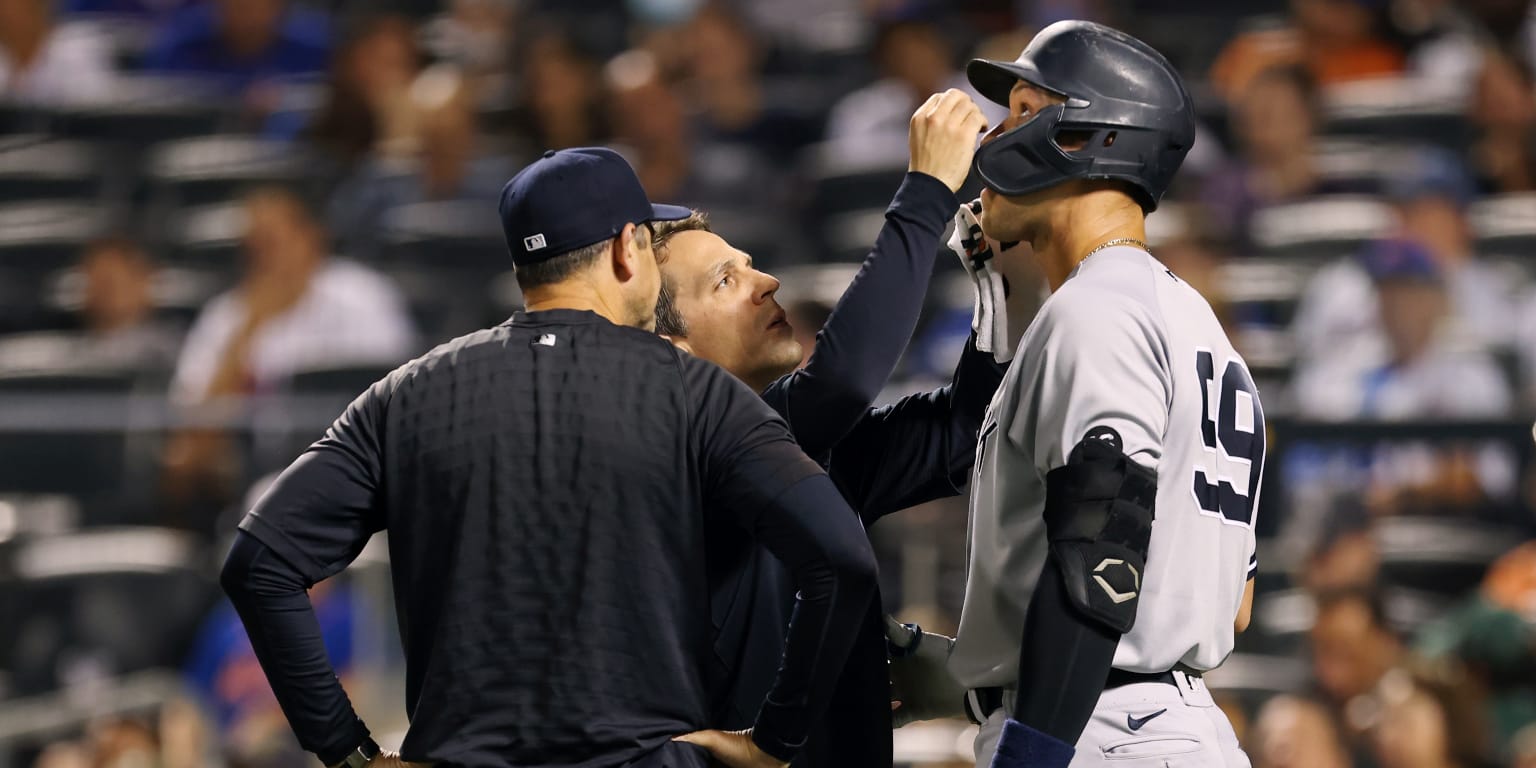 NEW YORK — This has been Aaron Judge’s healthiest season in years, permitting the slugger to fully showcase his MVP-caliber talents on both sides of the ball.

That was why it was so concerning for manager Aaron Boone to remove the All-Star in the third inning of Sunday’s 7-6 loss to the Mets, due to what has been described as “dizziness.”

“I just spoke with him and he’s doing pretty good, so hopefully we’ll be in a good spot for [Monday],” Boone said.

According to Boone, Judge experienced the dizziness during his first at-bat against the Mets’ Carlos Carrasco, a plate appearance that saw him receive on-field attention with what appeared to be an eye issue.

“After the first pitch of his first at-bat, he just got a little bit dizzy,” Boone said. “It lasted for a little bit.”

Judge struck out twice before being removed for the bottom of the third inning, replaced in center field by Brett Gardner.

Judge played the role of hero in Saturday’s 8-7 Yankees victory over the Mets, mashing two homers, including a game-tying blast in the eighth inning. He leads the Yankees in batting average (.293), runs (75), homers (32) and RBIs (79).

Boone said that he is hopeful Judge will be able to play on Monday, when the Yankees host the Twins for a 2:05 p.m. ET makeup game at Yankee Stadium.