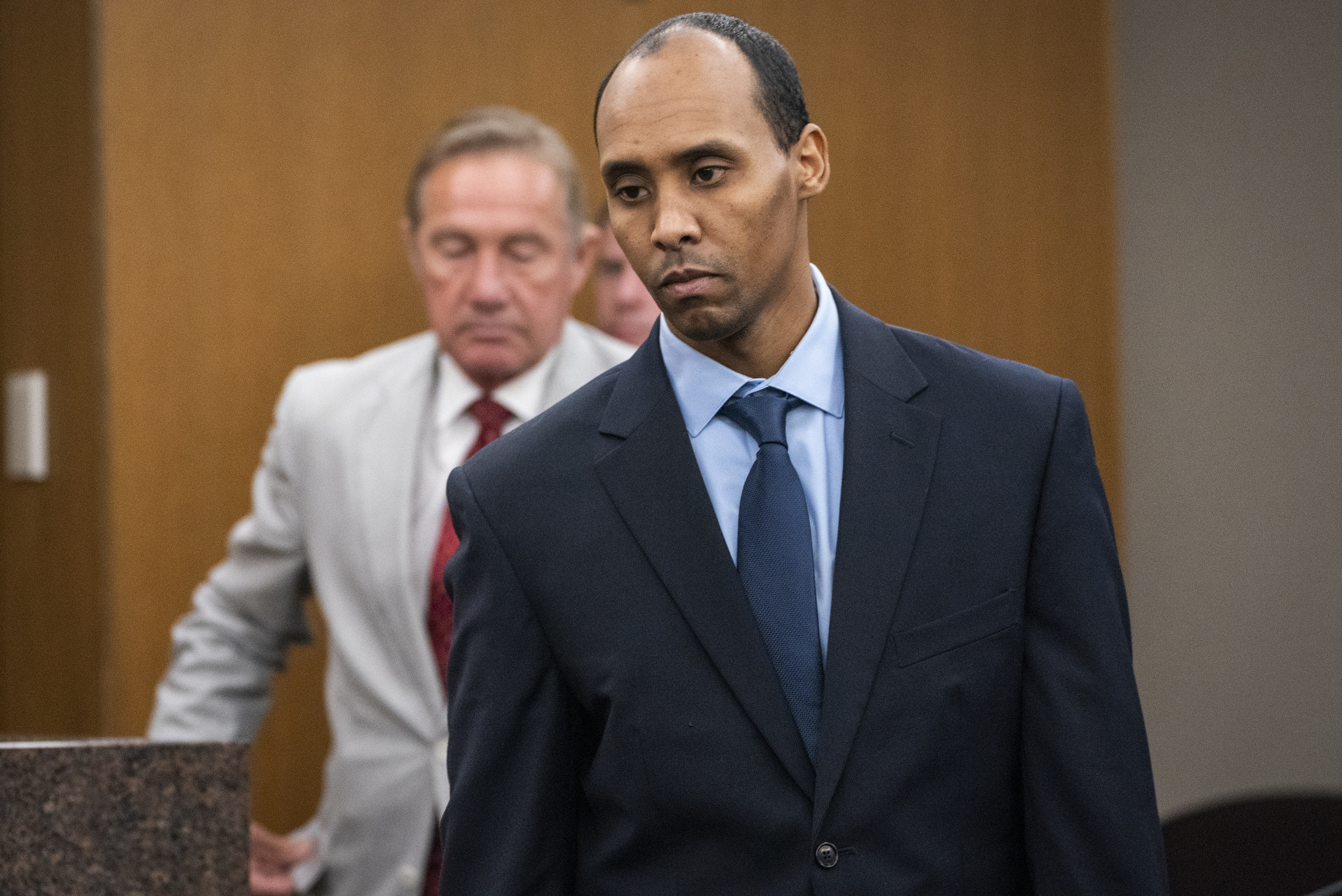 If the third-degree murder conviction of an ex-Minneapolis police officer is reversed, the decision could set a precedent in cases where police officers face the same charge, one prosecutor argued in the Minnesota Supreme Court Wednesday. The upcoming trial for four ex-officers charged with third-degree murder in the death of George Floyd is one that could be impacted if the court chooses not to uphold the ruling for defendant Mohamed Noor.

Noor was convicted of third-degree murder after shooting and killing an Australian woman who had called 911 back in 2017. Defense attorney Caitlinrose Fisher disputed Noor’s conviction on the grounds that Minnesota’s third-degree murder statute entails actions aimed at multiple people and unplanned or indiscriminate in nature.

Minnesota law describes Noor’s charge as “an act eminently dangerous to others and evincing a depraved mind, without regard for human life.” The word “others” in the definition has become a source of debate as the prosecution and defense seek to define whether the charge must entail the endangerment of multiple people rather than one person.

Hennepin County prosecutor Jean Burdorf told the justices that nearly all killings by officers are directed at a specific person. Noor testified in his 2019 trial that a loud bang on the squad car made him fear for his and his partner’s life, so he reached across his partner from the passenger seat and fired through the driver’s window, believing it was necessary to protect his partner’s life. His shot and killed Justine Ruszczyk Damond, a dual U.S.-Australian citizen engaged to a Minneapolis man, who had called 911 to report a possible sexual assault behind her home.

“If you maintain that a person can not be convicted of third-degree murder…if their actions are directed at a particular person, there is not going to be an officer-involved shooting that can be prosecuted under Minnesota’s depraved-mind murder statute,” Burdorf said.

It was associate Justice Anne McKeig who raised the question of whether police officers could ever be convicted of third-degree murder if the high court agrees with Noor’s interpretation of the statute. Fisher replied “it would be very hard to imagine” that an officer’s “split-second reaction to a perceived threat” would count as a “depraved-mind murder” but other charges could be justified instead, such as manslaughter.

Fisher pointed out Noor isn’t contesting his conviction on a lesser charge of second-degree manslaughter. She urged the justices to send the case back to the trial court for resentencing on that count. While Noor was sentenced to 12 1/2 years on the murder count, which matched the prison term recommended by the state’s sentencing guidelines, those guidelines recommend just four years for the manslaughter count.

“Mohamed Noor did not act with a depraved mind. Mohamed Noor was not indifferent to human life,” Fisher said. “With the benefit of hindsight we now know that Mr. Noor made a tragic split-second mistake. But if there is to be any meaningful difference between murder and manslaughter, that mistake is not sufficient to sustain Mr. Noor’s conviction for third-degree murder.”

Burdorf asked the justices to make the law clear because the proper interpretation of the statute has become unclear amid conflicting rulings over the years.

“We have this confusion. I think it exists and we have to acknowledge it.” Burdorf said. “The solution, I think, is to go back to the fundamentals.”

The decision in Noor’s appeal is expected to affect the cases of the four ex-officers charged in Floyd’s death.

Former Minneapolis police Officer Derek Chauvin was convicted in April of second- and third-degree murder, as well as second-degree manslaughter, and is appealing. Prosecutors are seeking 30 years in prison for Chauvin, who will be sentenced June 25. The sentence wouldn’t change even if the Supreme Court rules in Noor’s favor, but that decision could become significant if Chauvin’s second-degree murder conviction were overturned on appeal. Prosecutors are seeking to add charges of aiding and abetting third-degree murder to the existing counts against three other ex-officers, who are due to go on trial in March.

Prosecutors wrote in their brief that over 40 states have some form of “depraved mind” or “depraved indifference” homicide statute, but “only a handful” require a defendant to endanger more than one person for prosecutors to get a conviction.