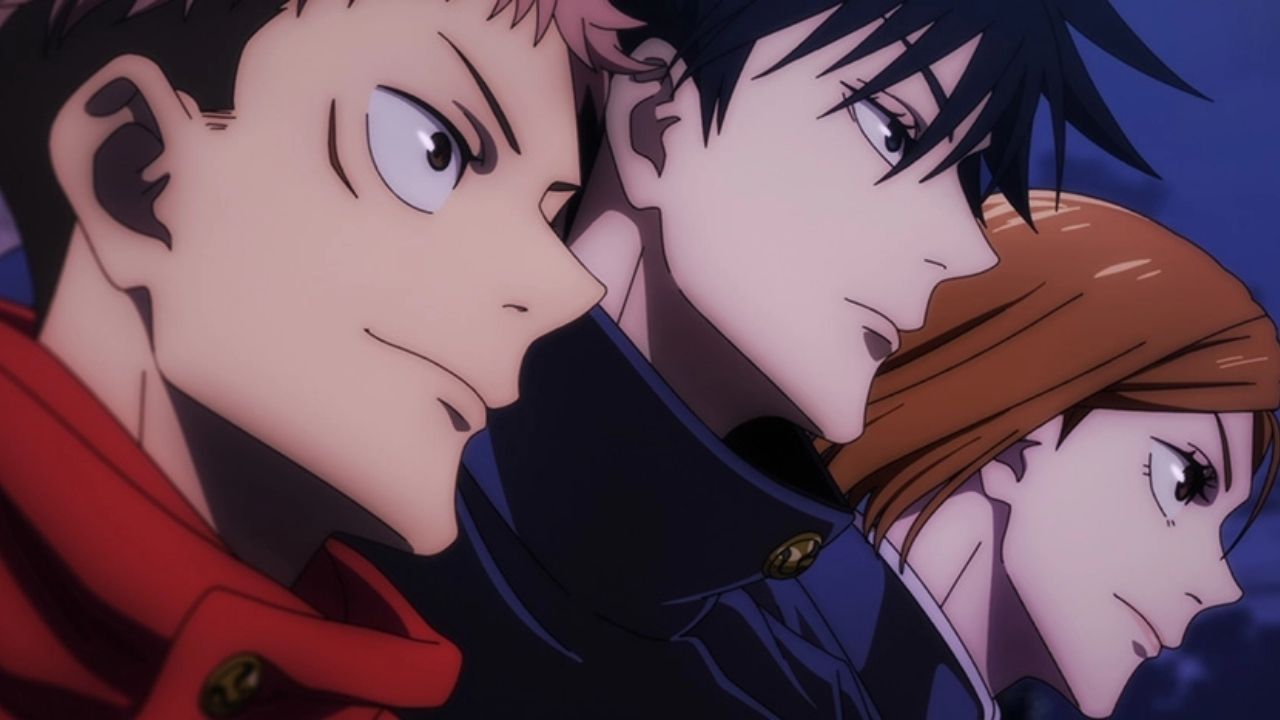 The year-end anime releases have overwhelmed the entire weeb community this time, and there are still two more months of 2021 left. For the grand finale of this year’s fantastic anime season, we’ll be getting the much anticipated Jujutsu Kaisen 0 film in December.

The prequel film might not have our favorite trio, but it surely has some interesting characters that you do not want to miss out on. Especially Yuta Okkutsu, who’s only been mentioned once in the show and will be making his anime debut in the film as its protagonist.

The franchise has been teasing us with PVs and visuals to raise the excitement levels, and this time they’ve done it again.

The key visual is finally lifted!

The result is a powerful visual with all the characters appearing.

At the same time, the official website for the movie has also been renewed!

The visual features the film’s main characters Yuta with Rika’s spirit, Maki Zenin, Toge Inumaki, Panda, Suguru Geto, and Gojo Satoru. While everyone is shown in battle mode, we only see Gojo-sensei’s eye giving a threatening glare in the background.

Suguru Geto, who’s been a passive yet shady antagonist in the first season, is shown with a gleaming red eye. The character has only worked from behind the scenes in the show without actually engaging in combat, and it seems like we’ll finally get to know more about him and his origins in the film.

We also get a glimpse of a fairly younger and different version of Jujutsu Tech’s badass second-year students. Toge has covered his mouth with a scarf instead of his uniform, and Maki has a different hairstyle that makes her look less scary and intimidating.

All three of them are shown in the middle of a fight, along with Yuta, who has his sword unsheathed and Rika’s fierce and scary-looking spirit behind him. The visual is thrilling and indicates that there is an epic fight sequence waiting for us.

Although it’s a prequel movie, it will be setting the premise for the anime’s second season, where we might get to see Yuta in the present time. Also, the first season mostly gave vague answers to several mysteries and questions that the fans had.

While manga fans know the truth behind most of them, anime fans are still oblivious of the horrors that await them. So, I suggest the anime-only watchers enjoy the happy time you have because you’re not prepared for what’s coming.

The story revolves around Yuuji Itadori, a high-school student who, despite hating athletics, is insanely fit. Yuuji gets involved in the world of sorcery when he swallows a powerful talisman to protect his friends from its curse.

On observing that Yuuji wasn’t affected much even when inflicted with this curse, Satoru decides to send Yuuji on a quest to save the world.