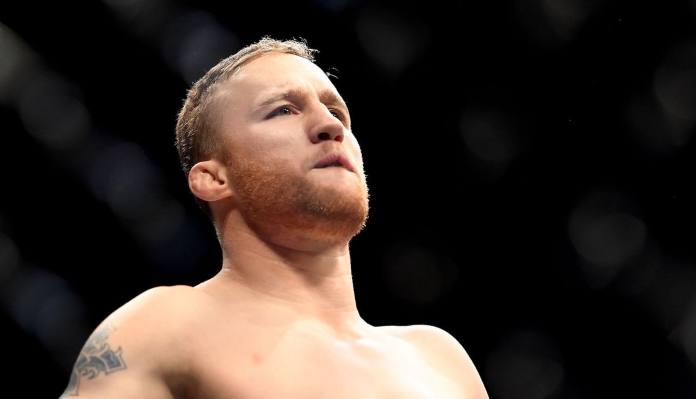 The highly anticipated matchup between Justin Gaethje and Michael Chandler is set to go down… but it wasn’t without a brief scare.

With UFC 268 on Nov. 6 taking place in New York City’s Madison Square Garden, there was reason to worry about the event happening at all due to potential COVID-19 vaccine mandates. Therefore leading Chandler to voice his opinion by sharing that he didn’t intend on getting the vaccine until it was “100 percent FDA approved.”

“I thought he was just seeking attention,” Gaethje said recently on UFC Unfiltered (h/t MMA Fighting). At the end of the day, that’s private information, for one. Like, you don’t even need to talk about that because Dana White is going to handle it.”

Justin Gaethje last fought in October 2020 when challenging for the UFC lightweight crown against Khabib Nurmagomedov. Unfortunately for “The Highlight,” “The Eagle” slapped on a second-round triangle that forced him to submit.

Regardless, the Safford, Arizona native believes a win over Chandler gets him back to another crack at the gold and he doesn’t plan on backing down as the former Bellator champ predicts.

“He’s not going to determine how I fight,” Justin Gaethje said. “He says the first one to take a step back is a timid soul — there’s not one thing he could say that’s going to affect the way that I approach this fight or the way that I approach [him]. I will take a step backwards. He can shove it up his ass. When you’re going to see a timid soul is when I start kicking him and he’s going to start shooting for legs and trying to wrestle, and that would be his definition of a bitch, 100 percent. And that’s what we’ll see. I think that’s midway through the first round.”