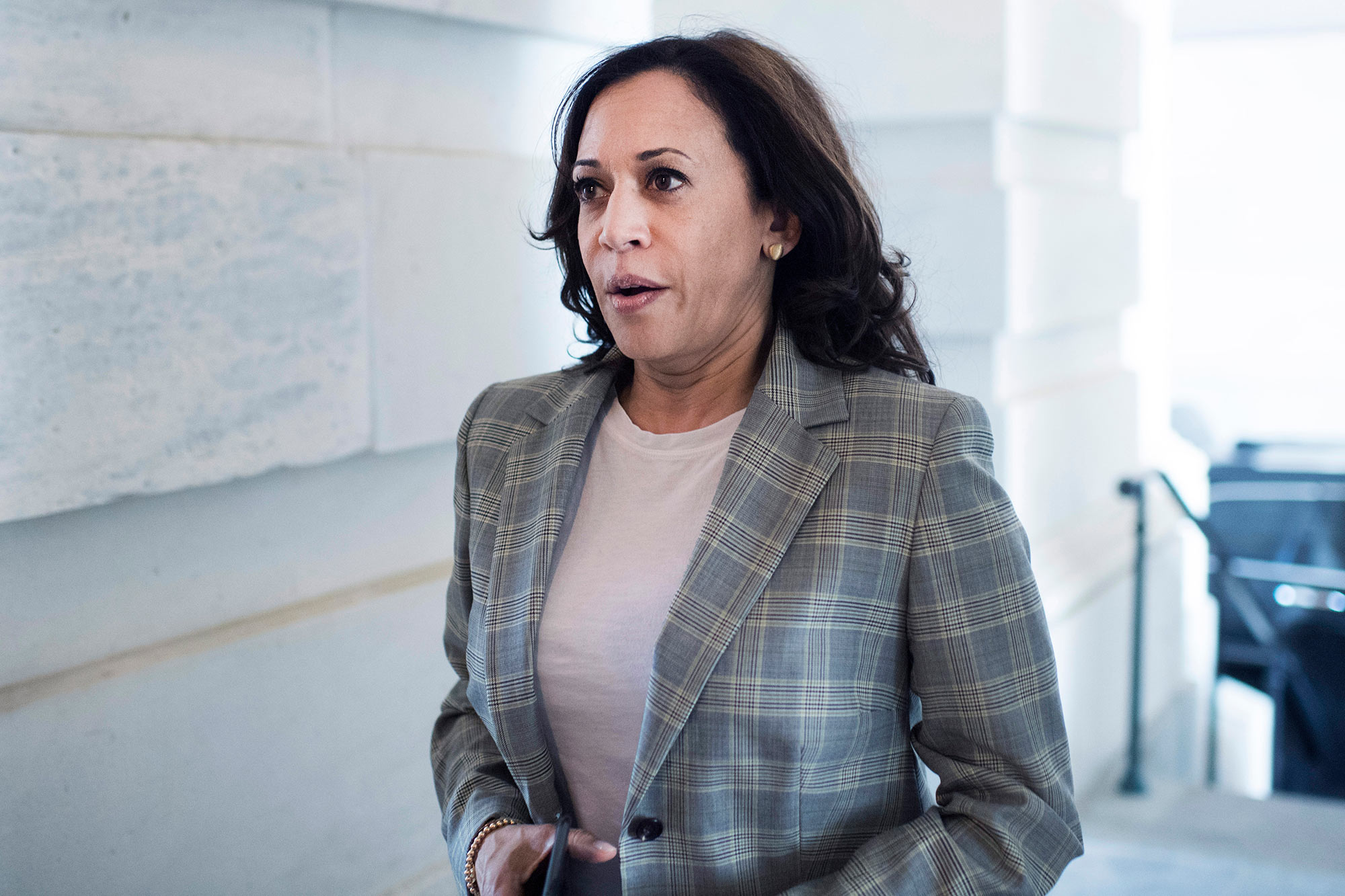 Kamala Harris has left her bunker. After a long period of doing scant press, the vice president has conducted a smattering of interviews, including a Thursday morning appearance on the Today show that was widely shared and commented on. In one noteworthy clip, NBC’s Craig Melvin asked about the validity of a New York Times column that proposed replacing Harris with someone like Republican Liz Cheney if and when Joe Biden runs for reelection.

“Are we going to see the same Democratic ticket in 2024?” Melvin asked. Harris attempted to brush off the question: “I’m sorry, we are thinking about today,” she said. “I mean, honestly, I know why you’re asking the question because this is part of the punditry and the gossip around places like Washington, D.C.” When Melvin persisted, asking whether she’d read the article, she shut him down: “I really could care less about the high-class gossip on these issues.”

The back-and-forth marked the second time in two months that Harris has been asked about her future with Biden. “I’ll be very honest: I don’t think about it,” she told The Wall Street Journal in a wide-ranging December interview, when asked whether Biden will run for reelection. “Nor have we talked about it.”

Harris has noticeably accelerated her media appearances; in addition to the Today show and the Journal interview, she appeared on PBS NewsHour for the anniversary of the January 6 insurrection, and in December, she was interviewed by Charlamagne Tha God for his show, Tha God’s Honest Truth. Her press swing smacks of an effort to fix her P.R. woes and low approval numbers—an average of 35.8%, according to FiveThirtyEight. In response, Harris plans to embrace long-form interviews where she can elaborate on the administration’s policy plans and discuss the issues she’s most passionate about, according to McClatchy.

Harris is also staffing up; she hired veteran Democratic aide Jamal Simmons as her new communications director last week and has onboarded other new aides over the past two months. Simmons’s hiring filled a spot left vacant when Harris’s first comms director, Ashley Etienne, left the White House in November—a shake-up first reported by my colleague Abigail Tracy. Sources told Tracy that some of Harris’s advisers have suggested she play a more visible role in combatting the negative press around a first year marred by messaging missteps and reports of internal conflict. Brian Brokaw, who previously served as an adviser to Harris, told McClatchy that Harris and her staff now have a chance to come “back in a somewhat retooled fashion and take on the year ahead in a new way.”

Whether increased visibility has helped Harris is an open question. On Today, Melvin also raised questions about the White House’s handling of the COVID-19 pandemic. “Does the administration say, ‘You know what, this strategy isn’t working. We’re going to change strategies.’… Is it time?” In response, Harris delivered a baffling, widely ridiculed sound bite: “It is time for us to do what we have been doing, and that time is every day. Every day it is time for us to agree that there are things and tools that are available to us to slow this thing down.”

Instead of addressing the growing push for the government to provide N95 masks, or criticism over the CDC’s amended five-day isolation period, Harris shifted to discussing the need for more people to get vaccines: “We still have a number of people that, that is in the millions of Americans who have not been vaccinated and could be vaccinated, and we are urging them to get vaccinated because it will save their life.” She did claim that the government would begin distributing its stockpiled at-home COVID tests “by next week.” However, her ETA was apparently too optimistic. “The president’s 500 million at-home tests will be sent out later this month,” a White House official clarified in a statement.

In their December interview, Charlamagne Tha God pressed Harris on why Joe Manchin is allowed to “[stop] progress” on Biden’s agenda. “I want to know who the real president of this country is? Is it Joe Manchin or Joe Biden?” he asked. Symone Sanders, Harris’s chief spokesperson at the time, shut down the video interview as quickly as possible. “I’m sorry. It’s Symone. I’m so sorry, Charlamagne. We have to wrap,” Sanders said, even as Harris was answering Charlamagne, telling him to stop “talking like a Republican.” Harris did attempt to salvage the interview, saying, “I hear the frustration. But let’s not deny the impact that we’ve had, and agree also that there is a whole lot more work to be done. And it is not easy to do, but we will not give up. And I will not give up.”