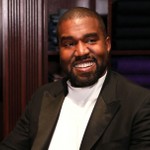 One day after a reported Kanye West listening party in Las Vegas, Live Nation announced Monday (July 19) that the rapper will be heading to Atlanta this week to preview his highly anticipated upcoming album Donda.

The event, billed as “Kanye West Presents A Donda Listening Event,” will take place at Atlanta’s Mercedes-Benz Stadium this Thursday at 8 p.m. Yeezy fans can begin purchasing tickets to his attend Atlanta listening session Monday at 5 p.m. ET at Ticketmaster.com. Prices are $50 and $20.

A number of attendees at Sunday evening’s listening party posted what were described as snippets of songs played at the private invite-only event, in which West is seen bobbing his head while manning the DJ booth and wearing a hood. His label Def Jam Recordings seemed to stoke the flames on the upcoming album rumors when its official Twitter account wrote “YZY SZN.”