Kathy Griffin Jokes About Harry Styles: ‘I’ve Been Spit on My Whole Career’ 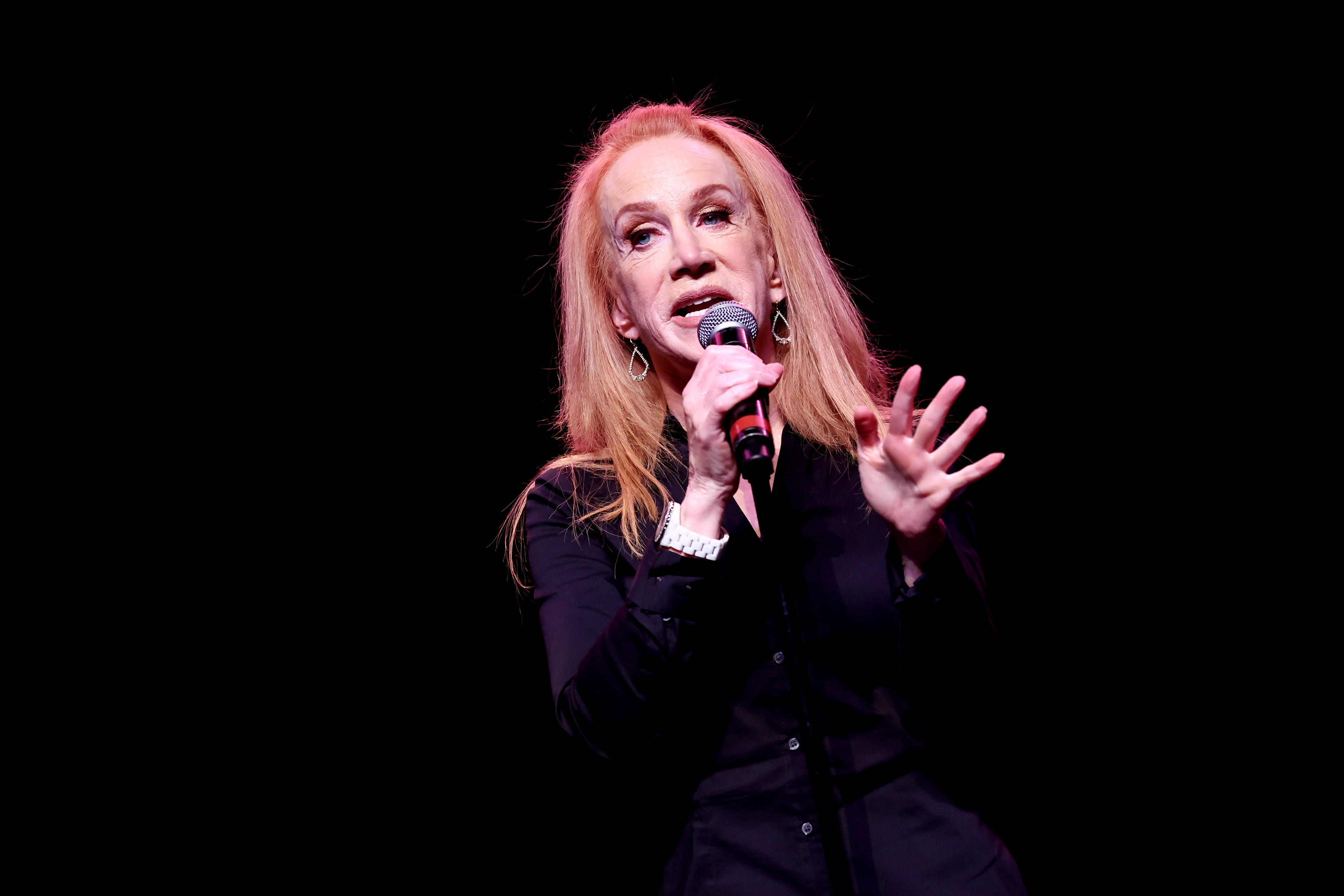 Comedian Kathy Griffin referenced the infamous spitting controversy between Harry Styles and Chris Pine on Tuesday night as a guest on Jimmy Kimmel Live!, joking, “I’ve been spit on my whole career.”

Griffin told viewers that she was a last-minute guest on Kimmel’s show after Pine canceled the appearance.

As she sat down next to Kimmel, Griffin said, “Let’s not b.s. the audience. I’m here, as usual, because a more famous person fell out.”

“But get this, it was Chris Pine, who Harry Styles spit on!” she said. “So he doesn’t want to be here and get this one giving him the questions,” Griffin added, referring to Kimmel.

“The reason you called me is, you know, I’ve been spit on my whole career,” she joked, adding that she had also been spit on by the “As It Was” singer once. “I asked him to,” she said.

The internet blew up a few weeks ago during the Venice International Film Festival when fans and onlookers thought they saw the former One Direction star spit on his co-star Pine during the premiere of Don’t Worry Darling.

Styles joked about the incident at a gig at Madison Square Garden after the festival, saying, “I’d just popped very quickly to Venice to spit on Chris Pine,” he laughed, “but fret not, we’re back.”

Pine also denied the incident, with his representative writing in a statement, “This is a ridiculous story—a complete fabrication and the result of an odd online illusion that is clearly deceiving and allows for foolish speculation.”

“Just to be clear, Harry Styles did not spit on Chris Pine. There is nothing but respect between these two men and any suggestion otherwise is a blatant attempt to create drama that simply does not exist,” it added.

Nevertheless, the incident was deemed “Spitgate” online, and it only added to the ongoing drama that weekend between the Don’t Worry Darling cast.

Pine also skipped the Don’t Worry Darling premiere in New York over the past weekend, according to sources.

After joking about Spitgate, Griffin went on to tell Kimmel that she is working on getting her voice back after her bout with cancer.

“So last time I was here—just really quickly—I had lung cancer, they took out half my left lung, and so my voice got some damage,” said Griffin. “I am fine, it doesn’t hurt, and the important thing is my boobs are still fabulous.”

The comedian also dished that Monica Lewinsky told her once that she voted for Hillary Clinton in 2016, despite Lewinsky’s history with Bill Clinton.

Newsweek reached out to representatives for Griffin, Styles, Pine and Kimmel for comment.