Keeping time: The origin of B.C. and A.D.

Home /Science/Keeping time: The origin of B.C. and A.D. 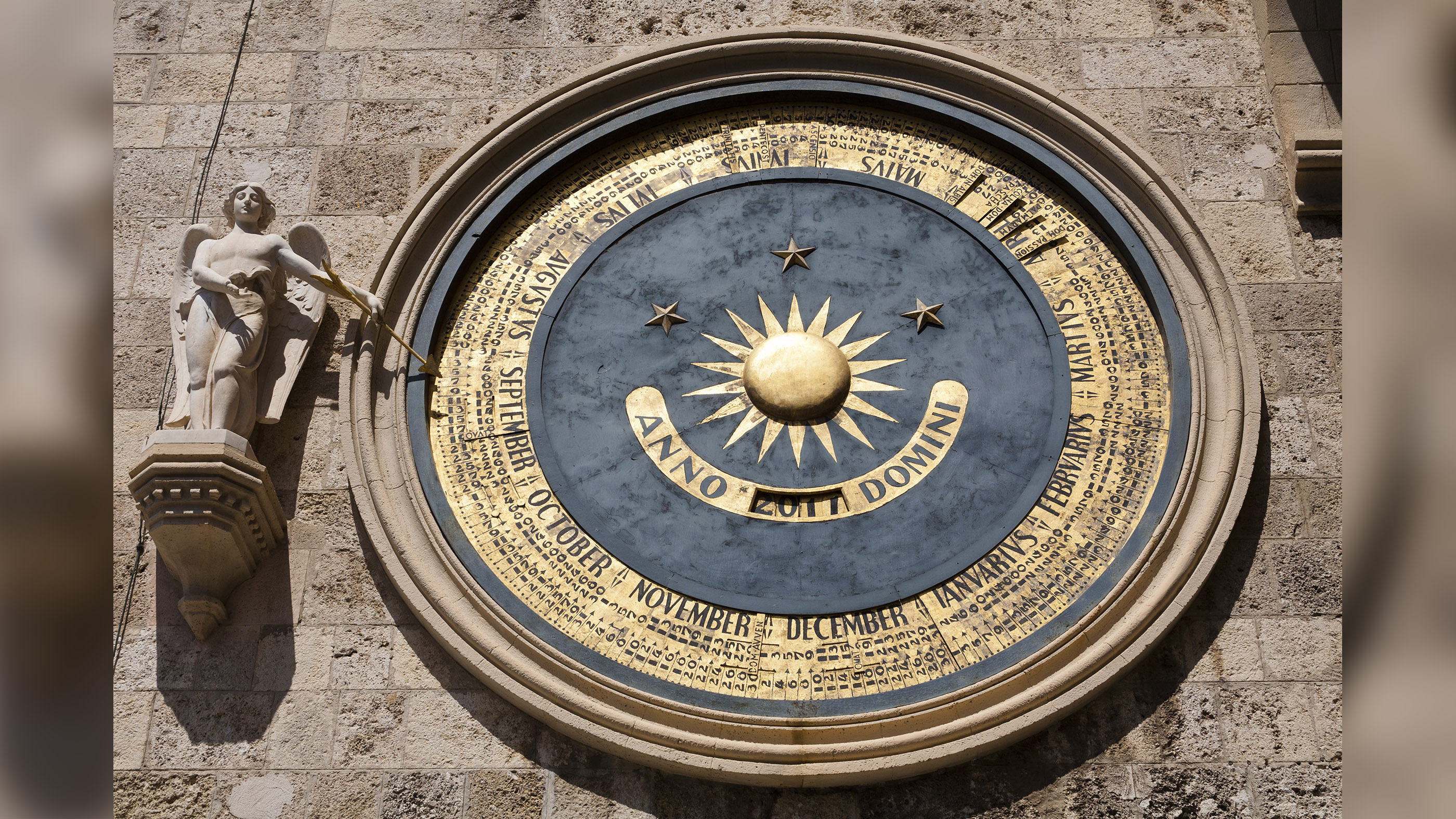 The terms “A.D.” and “B.C.” have their roots in Christianity. “A.D.” stands for anno domini (Latin for “in the year of the lord”), and it refers specifically to the birth of Jesus Christ. “B.C.” stands for “before Christ.”

The system labels years based on a traditional notion of when Jesus was born — with the “A.D.” denoting years after his birth and “B.C.” designating the years that predate his birth.

In English, it is common for “A.D.” to precede the year, so that the translation of “A.D. 2022” would read “in the year of our lord 2022.” In recent years, an alternative form of B.C./A.D. has gained traction. Many publications use “C.E.,” or “common era,” and “B.C.E.,” or “before common era” in order to make non-Christians more comfortable using the system. Before we talk about how and why the system was invented, let’s get some historical context.

When was A.D. invented?

In the early Middle Ages, the most important calculation, and thus one of the main motivations for the European study of mathematics, was the problem of when to celebrate Easter. The First Council of Nicaea, in A.D. 325, had decided that Easter would fall on the Sunday following the full moon that follows the spring equinox. Computus (Latin for computation) was the procedure for calculating this most important date, and the computations were set forth in documents known as Easter tables. It was on one such table that, in A.D. 525, a monk named Dionysius Exiguus (sometimes called Dennis the Small) of Scythia Minor introduced the A.D. system, counting the years since the birth of Christ wrote Georges Declercq, a history instructor at Vrije Universiteit Brussel in an article published in the 2002 edition of the journal Sacris Erudiri.

Dionysius never said how he determined the date of Jesus’ birth, but he may have used surviving writings from early Christians such as Clement of Alexandria or Eusebius of Caesarea to help estimate the date, according to Alden Mosshammer, an emeritus professor of history at University of California at San Diego in his book “The Easter Computus and the Origins of the Christian Era” (Oxford, 2008). Dionysius attempted to set A.D. 1 as the year of Jesus Christ’s birth, but was off in his estimation by a few years, with modern estimates placing Christ’s birth at around 4 B.C., Live Science previously reported.

Dionysius devised his system to replace the Diocletian system, named after Diocletian who was Roman Emperor from A.D. 284 to A.D. 305. This system used the number of years since Diocletian became the emperor of Rome. The first year in Dionysius’ Easter table, “Anno Domini 532,” followed the year “Anno Diocletiani 247,” according to Johns Hopkins University’s Project Muse.

Dionysius made the change specifically to do away with the memory of Diocletian, who had harshly persecuted Christians, according to the World History Encyclopedia. Diocletian issued edits that resulted in the killing or imprisonment of many Christians and the burning of their churches and scriptures, wrote E. Glenn Hinson, a retired professor of church history at the Southern Baptist Theological Seminary in Louisville, Kentucky, in his book “The Early Church: Origins to the Dawn of the Middle Ages” (Abingdon Press, 2010).

The years “before Christ”

The addition of the B.C. component happened two centuries after Dionysius, when the Venerable Bede of Northumbria published his “Ecclesiastical History of the English People” in 731, wrote Antonia Gransden, who was a reader in history at the University of Nottingham, in her book “Historical Writing in England: c. 500 to c. 1307” (Routledge, 1997). The work brought the A.D. system to the attention of more people and expanded it to include years before A.D. 1. Prior years were numbered to count backward to indicate the number of years an event had occurred “before Christ” or “B.C.”

There was no “year zero” in Bede’s updated system, as the concept of the number zero had not appeared in Western Europe. “To Bede, also ignorant of the number zero, the year that came before 1 A.D. was 1 B.C. There was no year zero. After all, to Bede, zero didn’t exist,” wrote Charles Seife in his book “Zero: The Biography of a Dangerous Idea” (Penguin Books, 2000).

However, zero did exist; our modern conception of zero was first published in A.D. 628 by the Indian scholar Brahmagupta. The idea would not spread to medieval Christian Europe until the 11th to 13th centuries.

The B.C./A.D. system became more popular in the ninth century after Holy Roman Emperor Charlemagne adopted the system for dating acts of government throughout Europe.

By the 15th century, all of Western Europe had adopted the B.C./A.D. system. The system’s inclusion was implicit in the 16th-century introduction of the Gregorian calendar and it later would become an international standard in 1988 when the International Organization for Standardization released ISO 8601, which describes an internationally accepted way to represent dates and times.

The alternative form of “Before the Common Era” and “Common Era” dates back to 1715, where it is used in an astronomy book interchangeably with “Vulgar Era.” At the time, vulgar meant “ordinary,” rather than “crude.” The term “Vulgar Era” is even older, first appearing in a 1615 book by Johannes Kepler.

There are a number of reasons why some individuals and organizations have changed from A.D. to C.E. These include showing sensitivity to non-Christians who use this dating system. They also include the fact that “Anno Domini” is probably inaccurate, since scholars generally believe that Christ was born some years before A.D. 1.

—Read more about the date and time format used by ISO on the organization’s website.

—Mosshammer’s book provides a detailed study on Dionysius Exiguus and his computational methods.

—WebExhibits has an online resource about the Gregorian Calendar, including an easy-to-read history and answers to related questions, such as “What is the origin of the names of the months?”