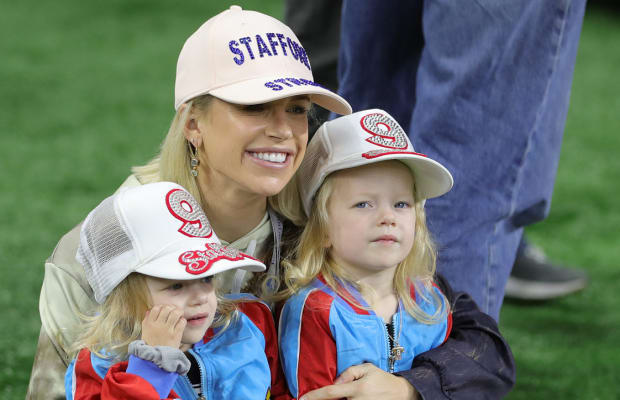 On Sunday, Stafford and the Rams beat the Lions 28–19 in the quarterback’s first game facing his old team. The Staffords called Detroit home for 11 years before the star quarterback was traded to Los Angeles back in January.

“There were tears, belly laughs, long hugs, chills.. just about every emotion yesterday,” Stafford wrote on Instagram. “But there are no words that could properly express the amount of gratitude I have for people of detroit. If Matthew had social media, he would say the same. Just thank you for supporting Matthew the way you did while he was there and even now. Means far more than y’all could imagine.”

Stafford torched his former team on Sunday, throwing for 334 yards and three touchdowns on the day.

Stafford was drafted by the Lions with the No. 1 pick in the 2009 draft and leads the franchise in passing yards, passing touchdowns and completions.