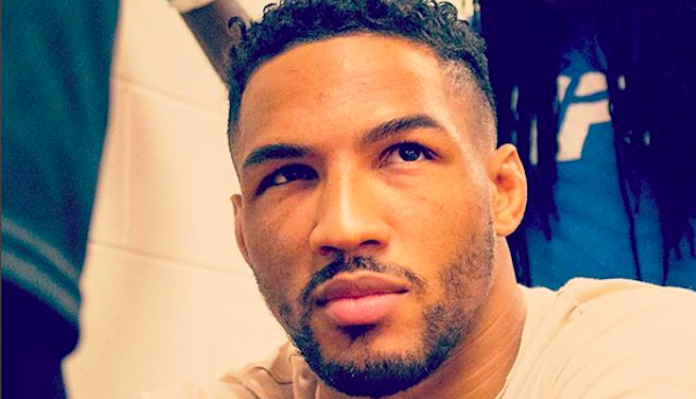 Kevin Lee says that a fight with UFC welterweight champion Kamaru Usman “needs to be made eventually” now that he’s fighting at 170lbs.

Lee will return to the UFC’s welterweight division in July when he takes on undefeated phenom Sean Brady at UFC 264. For Lee, he is coming back to the Octagon after a long layoff following a submission loss to Charles Oliveira in March 2020. He is also returning to the welterweight division for the first time since 2019 when he lost by submission to Rafael dos Anjos in a failed bid to make a run at 170lbs. He is hoping that, now that it’s two years later in 2021, he will now be able to make a better run up the UFC welterweight ladder.

Speaking to  “The Schmo” ahead of his return to the Octagon, Lee suggested that the reason he moved up to welterweight in the first place was seeing Usman knock out Jorge Masvidal at UFC 261. He now wants to succeed at 170lbs and take on the champ himself.

“After (Usman) beat Masvidal the way that he beat him, I was like, ‘Yeah, that’s me. I’m big too.’ This is the first time that I’ve ever lifted, really ever since college, so it’s been over 10 years since I’ve really lifted weights. But to come back off the knee surgeries, I’ve been doing a lot of weight lifting, and I’m moving around middleweights and stuff, so I’m ready,” Lee said (h/t MMANews.com).

“I’m already at the top of the division. Me and Kamaru have locked eyes before, and I feel like that’s a match that needs to be made eventually. But for this one, I’m taking Sean Brady’s spot. He’s top 15, but he hasn’t fought anybody yet. He’s still young in his career. I mean, we’re the same age, but I’ve kind of done everything that he’s done twice almost. His biggest win is over Jake Matthews; I beat him five years ago. It took me a round to do it, it took him three rounds, so I’m here to take his spot.”

Do you think Kevin Lee will make a run for the UFC welterweight title?