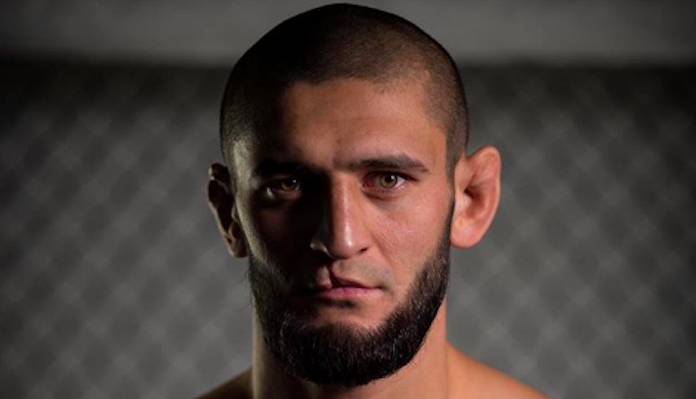 Khamzat Chimaev is reportedly “on good terms” with Khabib Nurmagomedov after apologizing for the previous comments which he made.

Chimaev previously told Nurmagomedov that he would “smash” him in an Instagram Live video from earlier this year. Those remarks triggered a bit of a feud between Chimaev and Nurmagomedov, and not long after, Chimaev left Dominance MMA.

Speaking to TSN’s Aaron Bronsteter in a recent interview, Nurmagomedov’s manager Ali Abdelaziz confirmed that Chimaev apologized to Nurmagomedov about the comments that he made. Although it took him three months to apologize, Abdelaziz said that he was glad that he finally made amends with Nurmagomedov, and now it’s all water under the bridge.

Ali Abdelaziz says that Khabib Nurmagomedov and Khamzat Chimaev are on good terms after Chimaev apologized for comments that he had previously made on an Instagram Live chat. pic.twitter.com/75S9WDLFjK

“We’re all brothers. We’re all Muslim brothers here. We all come from the same bloodline. And at the end of the day, Khamzat, he’s young. He’s new to the sport. He’s a good kid, man. He’s a good guy. I know Khamzat very well. And at the end of the day, at the time, a lot of people took an insult to it. And I understand where’s Khabib’s coming from and where everybody’s coming from,” Abdelaziz said about the feud regarding Chimaev and Nurmagomedov (via MMANews.com). “And Khamzat, it took him three months to apologize about it. I respect him so much because fighters have so much ego, right? But I (knew) he was gonna do the right thing. Khabib is like an older brother to him. We all have this kind of ranking among us. And he came out, and he right the wrong, and what he gonna say about the guy? He put his ego to the side, and he apologized, and apology’s accepted.”

As for Khamzat Chimaev, he is set to return to the Octagon at UFC 267 later this month when he takes on Li Jingliang in a welterweight bout. It’s his first fight since September 2020, when he knocked out Gerald Meerschaert in just 17 seconds with one punch.