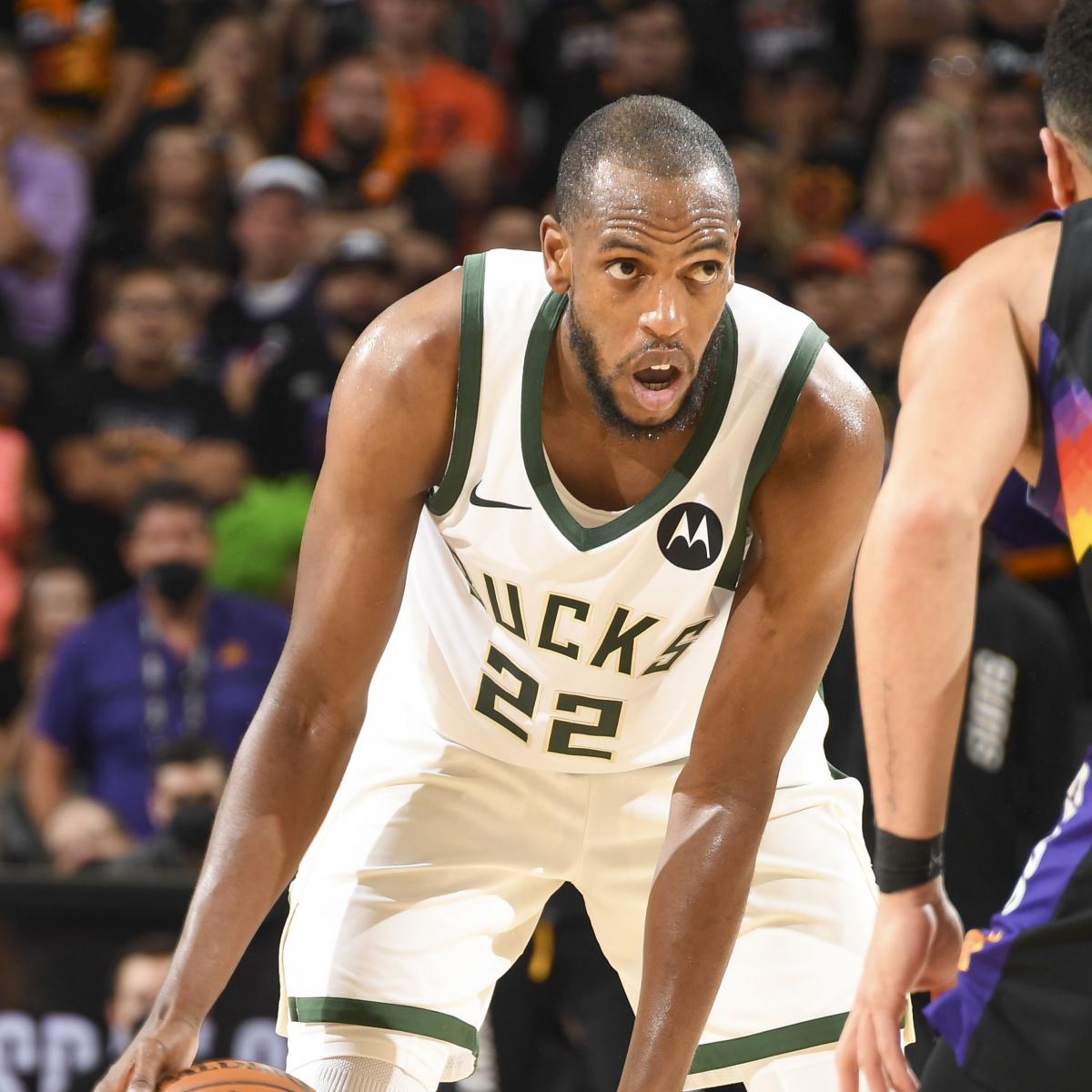 In a 2021 NBA postseason packed with ups, downs, absences, injuries, health and safety protocols, a pair of Finals teams that have one title between them and plenty else that was generally unexpected, Khris Middleton just keeps showing up in huge moments.

In his Milwaukee Bucks’ 123-119 win over the Phoenix Suns in Game 5, Middleton rose to the occasion again. And at this point, we can kind of expect it.

Prior to Saturday’s game, he had 15 field goals to tie or take the lead in the fourth quarter or overtime this postseason. According to ESPN Stats & Info, that mark is tied with LeBron James for the most in a single playoff run in the past 25 years.

Though he didn’t add to that specific total in Game 5, he still hit a handful of crucial shots.

In the middle of a Suns run that had cut a 14-point lead in half, Middleton drew Jae Crowder on a switch at the top of the key. He back-dribbled to ensure a one-on-one, hit him with a right-to-left crossover and stepped back for an and-one 20-footer with just over three minutes left.

KHRIS MIDDLETON, PLUS THE FOUL.

A minute later, he deployed a similar move against Mikal Bridges. Only this time, he got his three points the modern way, pushing Milwaukee’s lead from five to eight.

All six of those points were critical, as Phoenix whittled the lead all the way down to one. He also scored the final point of the game on a free throw with 9.8 seconds left.

And most impressively, he has 14 points in the clutch (defined by the league as the final five minutes of fourth quarters and overtimes that are within five points). Every other player in the Finals has combined for 13.

If the Bucks wind up winning the series, Giannis Antetokounmpo will almost certainly win the Finals MVP. His 32.2 points, 13.0 rebounds and 5.6 assists are absurd. And the block he had on Deandre Ayton’s alley-oop attempt late in Game 4 is an all-time Finals moment. But Middleton has done enough to get in the conversation.

If bucks win this series how many votes does middy @Khris22m get for Finals MVP ? Bruh been serving and closing

Whether Milwaukee gets the championship (or Middleton gets a vote for that honor) or not, he’s more than proven his star status in this postseason.

You would think two All-Star appearances and 19.8 points, 6.0 rebounds, 4.7 assists and 2.3 threes, with shooting splits of 47.0 percent from the field, 40.0 percent from three and 88.2 percent from the line, over the last three seasons would do that. But there has long been a lingering concern that Middleton wasn’t quite enough of a star to help Giannis win a title.

Giannis is putting up the gaudier numbers. Jrue Holiday, who had another massive performance in Game 5, is the bellwether. Middleton may be the game’s premier gap filler.

When things feel frenetic or the pressure is on, Milwaukee always has a steady hand to which to go. Middleton never appears rattled when things don’t go his way or overexcited when he’s rolling. Whether in an ebb or flow, the Bucks can rely on a calm and collected pull-up from Khris Cool.

Now, they head back to Milwaukee with a chance to secure the organization’s first NBA title in 50 years. The crowd will be raucous. Chris Paul, Devin Booker (averaging 30.0 points in the Finals) and Deandre Ayton will be scratching and clawing to stay alive. Holiday has been prone to occasional letdowns. And nearing the end of a third straight competitive series, the Bucks could be running on fumes.

But if Game 6 goes down to the wire, there may be no one on the floor as trustworthy as Middleton.