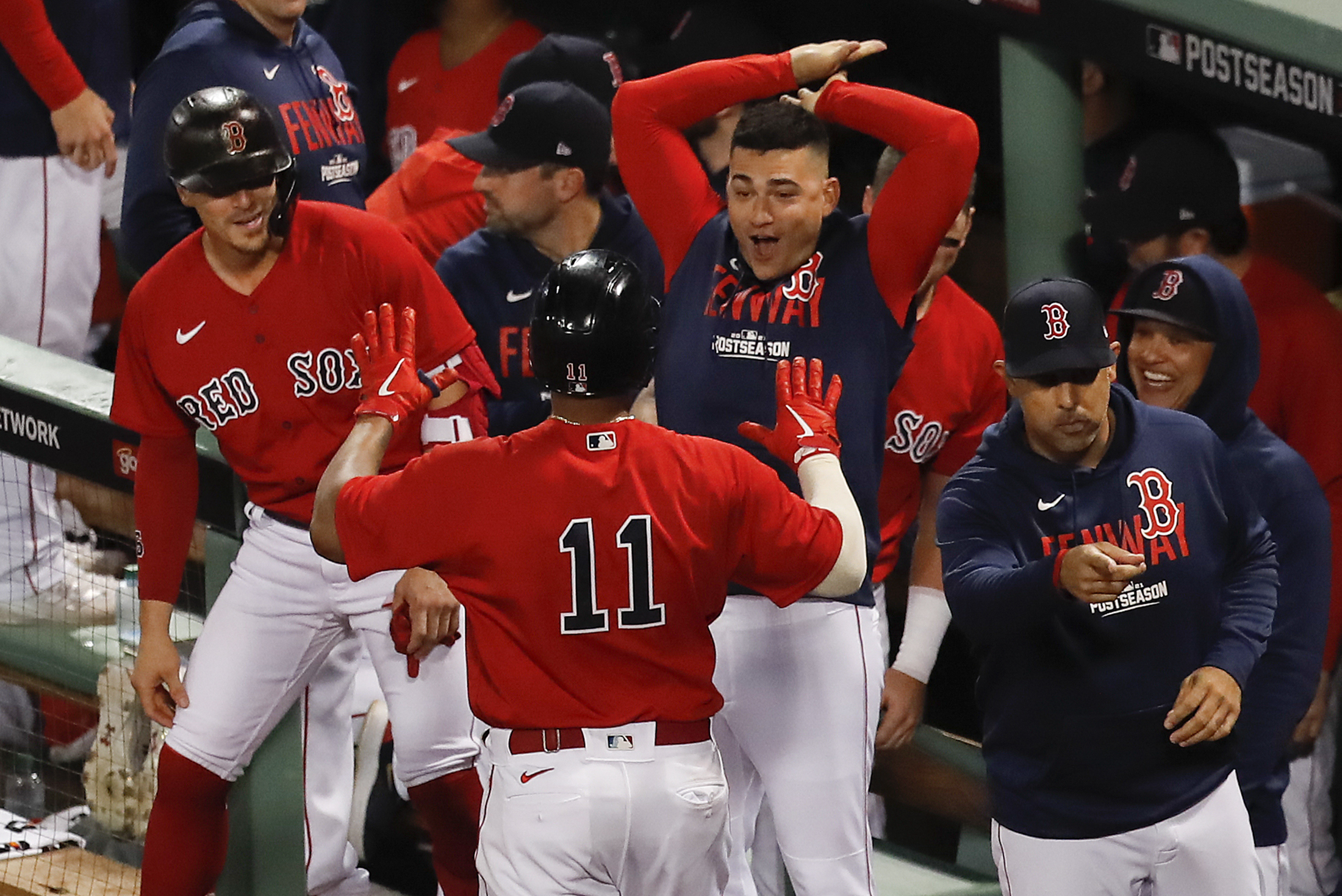 The Boston Red Sox clinched their spot in the American League Championship Series with a dramatic 6-5 victory over the Tampa Bay Rays in Monday’s Game 4 of their AL Division Series at Fenway Park. Enrique Hernandez drove in the winning run in the bottom of the ninth with a sacrifice fly to clinch the series.

Boston walks off into the ALCS 😤 pic.twitter.com/hz7ZMjgOeA

Red Sox knock out the top-seeded Rays in the ALDS 👊 @BRWalkoff pic.twitter.com/akATQFpeP2

Rafael Devers and Eduardo Rodriguez led the way before that for the victors, who won three straight after dropping Game 1.

A comeback effort after falling behind 5-0 wasn’t enough for the Rays, who were unable to defend their AL crown despite having the No. 1 seed in this year’s playoffs.

All eyes were on the pitching in Monday’s contest after Sunday’s 13-inning marathon, especially for the Rays.

After all, they used nine pitchers in the last game and got just two innings from starter Drew Rasmussen. They also used potential Game 4 starter Luis Patino, which left Collin McHugh as the opener for a bullpen game with the season on the line.

He set the tone with two shutout innings to start, but any momentum he generated quickly faded when Boston knocked around Shane McClanahan in the third. McClanahan was one out away from escaping a jam when Devers launched a three-run homer, Xander Bogaerts singled, Alex Verdugo drove in a run with a double and J.D. Martinez added an RBI single.

RAFFY GETS THE RED SOX ON THE BOARD FIRST 💥

Rafael Devers is the 4th player to drive in 20+ runs in the #postseason before turning 25.

Kiké Hernández is the first @RedSox player to have 9 hits in a 3-game span in the same #postseason.

OH MY THIS THROW 🔥

It was suddenly 5-0, and the series felt like it was essentially over all thanks to one two-out rally.

To Tampa Bay’s credit, the bullpen combination of JT Chargois, Andrew Kittredge, Patino and especially Pete Fairbanks kept it within striking distance after the abysmal third. That was no easy task in front of a raucous Fenway crowd, and Fairbanks impressed by entering in the seventh with runners on the corners only to induce an inning-ending double play from Bogaerts.

He also worked around an error in a scoreless eighth thanks to an incredible throw from Kevin Kiermaier to retire a tagging Verdugo at third.

However, J.P. Feyereisen was unable to replicate his team’s effort in the ninth and gave up the series-winning run. Christian Vazquez started things off with a single, moved to second on a Christian Arroyo bunt, moved to third on a Travis Shaw infield single and scored on Hernandez’s sacrifice fly to overcome Tampa Bay’s comeback and win the series.

That left the home team with the much fresher bullpen behind starter Rodriguez, and it seemed it would be needed when it took 17 pitches to strike out Austin Meadows in an epic at-bat in the second inning.

Turns out, Rodriguez was ready to go far deeper into the game than could have been reasonably expected for someone who allowed two runs, two hits and two walks in 1.2 innings during Tampa Bay’s only win of the series.

That was a fun start! pic.twitter.com/5TmxttoNCK

The 17-pitch battle between Eduardo Rodriguez and Austin Meadows is the longest by pitches in a #postseason PA since at least 1988 (when pitch count data started being tracked). pic.twitter.com/zjEdbzXUcf

Wander gets the Rays back in the game!

This kid is UNREAL.

ALL TIED UP IN BOSTON. 😱 @BRWalkoff

The southpaw pitched into the sixth inning while striking out six and avoiding a single walk. Not only did he miss bats, but he also avoided consistent hard contact and limited the damage by allowing a single run in the fifth after a leadoff double from Jordan Luplow.

Rodriguez was charged with another run when he exited with a runner on and Tanner Houck allowed a two-run homer to Wander Franco, but he gave the Red Sox exactly what they needed after Sunday. The question was whether the bullpen would hold on to the lead he staked the Red Sox to, and Houck’s showing wasn’t a promising start.

Neither was Ryan Brasier’s eighth. He gave up the lead by allowing a double to Mike Zunino, RBI double to Kiermaier and RBI single to Randy Arozarena. Things seemed dire for Boston, but Garrett Whitlock somehow escaped that jam without allowing another run and then threw a seven-pitch ninth.

It was just the performance the Red Sox needed to end Tampa Bay’s momentum.

The Red Sox will face either the Houston Astros or the Chicago White Sox in the ALCS.