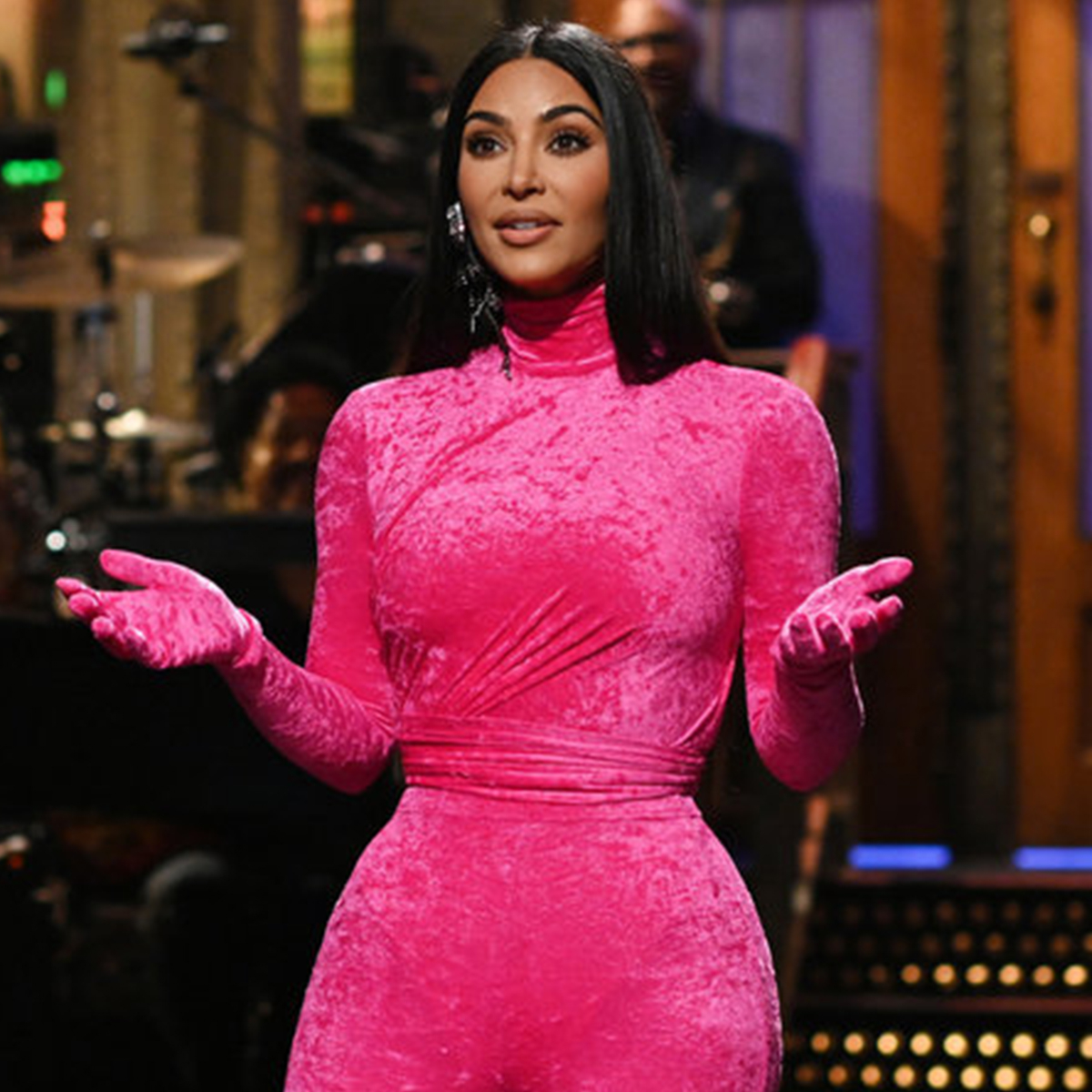 The reality star made her anticipated Saturday Night Live hosting debut and virtually none of the major people in the reality star’s life, past or present, were immune from being the target of a joke in her monologue on the NBC show. The list included…

“I married the best rapper of all time,” said Kim, who filed for divorce from the star this past February after six years of marriage. “A talented, legit genius who gave me four incredible kids. So, when I divorce him, you have to know it came down to just one thing: His personality.”

Despite their split, Kim and Kanye have been spotted out together a few times in recent months and he even flew to New York City to help her prepare to host SNL, where he has performed seven times as the musical guest.

Kim also shaded her ex again, as well as her mom’s former spouse, when she said, “Now I know we’re divided as a country, but I’d love America to come together, which is why I’m here to announce that I’m running for- I’m just kidding, guys. I’m not running for president. I can’t have three failed politicians in one family.”

The reality star was referring to Kanye’s unsuccessful 2020 presidential run and Caitlyn’s unpopular bid for governor of California during the recent election to try to recall Gavin Newsom, who most voters chose to remain in power.

“I’m a Kim, not a Karen,” Kim said. “And honestly, with all of the K names [among my sisters], it’s really impressive that my mom didn’t pick Karen. I mean, somehow, she just knew. I don’t know how she saw that one coming and not Caitlyn.”

“I’m excited to be here tonight to show you guys that I’m so much more than a pretty face,” Kim said, “and good hair and great makeup and amazing boobs and a perfect butt. Basically, I’m just so much more than that reference photo my sisters showed their plastic surgeons.”

“But one thing I’m really proud of is that no one could ever call me a gold digger,” Kim said. “Honestly, I’m not even sure how you become one. So I asked my mom’s boyfriend, Corey.”

In her monologue, Kim said she thinks she’s following in the footsteps of her late father, Robert Kardashian, who was on the former NFL star’s legal team for his 1995 trial over the double murder of his ex-wife and her friend, of which O.J. was acquitted.

“My father was and is still such an influence and inspiration to me and I credit him with really opening up my eyes to racial injustice,” said Kim, who is studying to become a lawyer and is an advocate for criminal justice reform. “It’s because of him that I met my first Black person. Want to take a stab in the dark at who it was?”

She continued, “I know it’s sort of weird to remember the first Black person you met, but O.J. does leave a mark. Or several! Or none at all. I still don’t know.”